It seemed like your typical family planning conference: it was sponsored by the US Agency for International Development (USAID) and the World Health Organization’s Department of Reproductive Health and Research. It had the typical title: “Is access enough? Understanding and addressing unmet need for Family Planning.” It even seemed to have the usual group of presenters ready with their cherry-picked findings to lobby for even more money to be spent on the contraception and sterilization of African women.

But, this time, in the small town of Nanyuki, Kenya, which sits right on the Equator, something different happened. 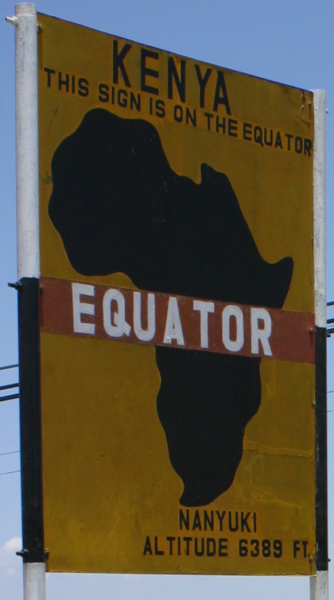 Three researchers—one from Geneva, one from Paris, and one from Burkina Faso—presented a paper which called into question several of the basic premises of the population controllers. They found that natural family planning methods not only work well, but that they are successfully used by large numbers of women. They also found that, because previous surveys completely ignored NFP, the so-called “unmet need for contraception” has been grossly overestimated.

The researchers came to their remarkable conclusions in the course of a study conducted in Ouagadougou, the capital city of the West-African country of Burkina Faso, and published in the journal Studies in Family Planning this June.

They took a novel approach: Instead of simply using the standard health questionnaire that ignores NFP, they decided that their survey would include questions to the women about their use of natural methods of family planning.

They found that surprisingly large numbers of women used NFP. Of the women surveyed, almost 25% reported that they used a natural method for family planning. That is to say, the previous health surveys carried out by USAID and other population control-minded organizations had completely ignored the fact that one-quarter of the women were using some form of NFP.

Because of this error—which some would call deliberate—the previous health surveys have been way off the mark. They record that only 35% of Burkina Faso women used artificial contraception and wrongly conclude from this that the other 65% have an “unmet need” to be put on the pill, injected with Depo Provera, or sterilized.

The new study shows that 1 in 4 women in Burkina Faso cannot possibly have an “unmet need for family planning”, since their “needs” are already being met by the use of a safe, effective, healthy and free natural method. The authors conclude that past surveys have overestimated the “unmet need for contraception” by a whopping 25%.

All this is to say that the population controllers hold natural methods of family planning in such disdain that they wrongly view the 25% of women who use NFP as deluded.

As for the other 40%, it is by no means certain that they are eagerly lining up to be contracepted or sterilized either. USAID’s ”experts” also cite Burkina Faso’s high birth rate as evidence that—regardless of what the women themselves say—they obviously have an enormous “unmet need” to be contracepted and sterilized. According to the Demographic and Health Surveys (DHS) carried out by USAID, the average woman in Burkina Faso gives birth to 6 children over her lifetime. Because this is slightly more than their average desired fertility of 5.2 children, the population controllers conclude that the average woman in Burkina Faso is having more children than she wants.

But it doesn’t take a Ph.D. in demography to figure out why Burkina Faso women are having children. Child mortality rates are so high that the probability of having 5 children who all live until their 5th birthday is only 50%.  And just 25 years ago, when women who are now ending their reproductive lives were in their early twenties and just starting to have children, the probability of having 5 children who all survive until their 5th birthday was less than 30%. Simply put, the women of Burkina Faso are giving birth to more children than they say they want because so many of their children die. Having an “extra” child or two is insurance. It’s the only way they can ensure that they reach their desired family size.

At the end of the day, population controllers really don’t care what the women of Africa want. Instead, they are determined to dictate to them what their fertility will be regardless. And it’s no wonder that they exaggerate “unmet need,” since this number is one of the principal justifications for USAID’s billion-dollar population control budget. “Look at how many hundreds of millions of women have a crying need for more contraceptives,” its lobbyists tell Congress. “We need more money.”

The authors of the new study suggest what we at PRI have been saying for years, namely, that future surveys must ask questions to accurately include the large proportion of women who use natural methods, and that health clinics actively promote natural fertility awareness methods.

The current surveys that miscategorize a quarter of the women serve the purposes of the population controllers and the pill manufacturers, not the women themselves.

If you’ve ever wondered why USAID insists on shipping container loads of contraceptives to places like Burkina Faso, where they rot in warehouses and gather dust on the shelves of family planning clinics until they are thrown away, well, now you know. 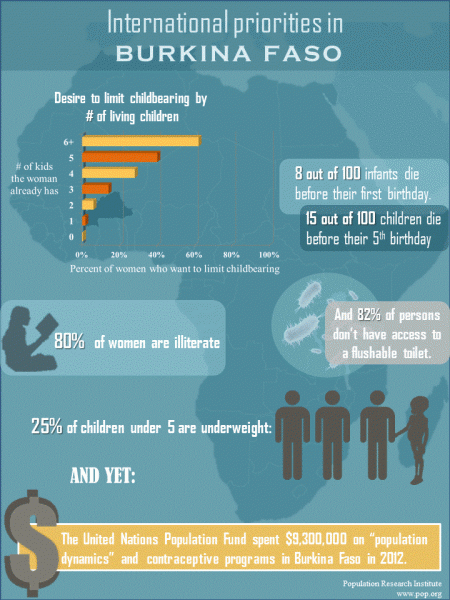