The pro-aborts often accuse us of hatred for women, but in reality they are the ones promoting this hatred. Read how the hard-line pro-abortion stance masks an agenda of depersonalizing violence against women.

It was a chilly morning, at least for April in Washington, DC. A line of college students stood, huddled in coats and hats, rubbing the sleep out of our eyes. We stood on a sidewalk along the side of 16th Street in Washington, DC, in the chilly shadows of the great concrete buildings behind us. In front of us, on the other side of the street, stood an abortion clinic. We began to pray.

I can’t describe what it is like to pray in front of an abortion clinic and watch women and girls, some with the innocence of youth still in their faces, be ushered inside. Our sidewalk counselors would try to walk with them, to speak comfort to them, but there was only so much they could do before the “clinic escorts” got them. These “escorts,” their faces twisted with hate for us, would grab the women and propel them, often physically, through the doors of the clinic. 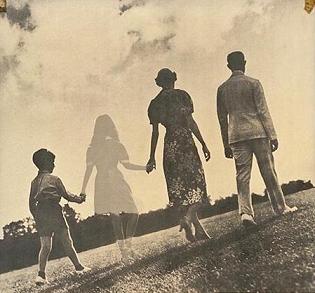 Beneath the veneer of “choice” and “reproductive freedom” lies a backward attitude toward children, a misogynistic attitude toward women, and a fundamental disregard for the dignity of the human family.

Oftentimes I witnessed clinic escorts physically body-block our sidewalk counselors and snatch the girls away, practically throwing them through the doors of the clinic. An excellent account of the weekly confrontation between pro-lifer and pro-abort can be found here.

I challenge all who find this difficult to believe to travel to the clinic on 16th street and see it for themselves.

Abortion kills tens of millions of babies every year, and this is the worst violence it perpetrates. However, hidden behind this momentous fact, lies another, subtler truth that statistics have proven again and again. That truth is this: abortion breeds a culture of violence against women, the very violence that it purports to fight against. Beneath the veneer of “choice” and “reproductive freedom” lies a backward attitude toward children, a disdainful attitude toward women, and a fundamental disregard for the dignity of the human family. Visible in the sneering faces and physical aggression shown by abortion clinic escorts, abortion breeds an atmosphere of violence that is beginning to consume our culture.

The abortion culture leads to a culture of expediency that urges an objectification of women and a devaluation of motherhood. Women become defined by their willingness to make the killing choice, and all interaction with men becomes part of a primal struggle for dominance. "The question of whether or not to sell ourselves to men is a false one,” says The New Our Bodies, Ourselves. “The real question is how to sell ourselves in the way that is least destructive to ourselves and our sisters. Prostitutes don’t need our condescension. What they need is our alliance. And we need theirs." 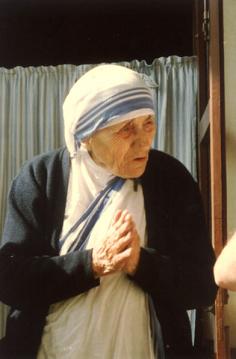 "Any country that accepts abortion is not teaching its people to love, but to use any violence to get what they want."

This cynical attitude purports to uphold womanhood almost exclusively, but in fact, it does just the opposite. It reduces a woman to a simple reproductive choice; an object whose sole purpose is to struggle against her destiny. Emerging studies now show that women, tired of constantly being marketed to by abortion providers, are rebelling against the stereotype that dictates that their highest priority is always, unwaveringly, reproductive health. Women are human beings, not baby-making machines. The pro-aborts should learn this.

The violence wrought by this ugly cycle is inhuman and deeply destructive. It brings men to a careless attitude about sexuality and the female psyche, and oftentimes leads to violence. It gives women feelings of incredible guilt and horror. Both of these often lead to domestic disruption and alienation of spouses, tearing the home apart and oftentimes turning husband against wife. According to David C. Reardon, in his article Abortion and Domestic Violence, there is “an important connection between violence in the womb and violence in the home.” According to this scholarly report, “the evidence supporting a correlation between abortion and violence between women and men, at least for some couples, is so compelling that it is beyond dispute . . . Violence begets violence.”

The UNFPA calls violence against women “the most pervasive yet least recognized human rights abuse in the world."  We at PRI agree.  However, we perceive organizations like the UNFPA and Planned Parenthood to be the perpetrators of this violence.  We believe that abortion breeds a culture of contempt for women, contempt for the family, and contempt for the value of human life.  The real violence lies there, and in the words of Mother Teresa, “any country that accepts abortion is not teaching its people to love, but to use any violence to get what they want.”