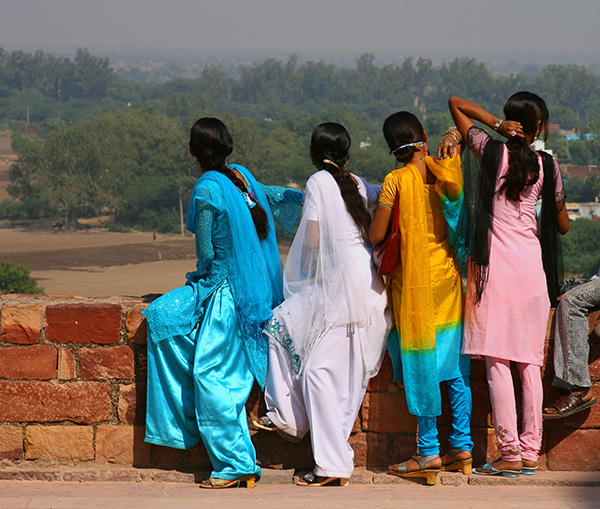 The laws vary slightly from state to state. Some states only count surviving children towards the limit; others are ambiguous.[2] Some count twins as a single birth; others leave the legality of twin births to the discretion of the district collector.[3] One thing does not vary between the states who restrict access to democracy based on family-size: every polity which enforces a two-child limit systematically violates both the reproductive and political rights of its citizens.

The seven Indian states which enforce these laws are home to over 430 million persons–over a third of India’s total population. This is larger than the total population of the United States and the Philippines combined. Recent research estimates that 1-3% of the childbearing population in these states runs for local office in any given election.[4]

India mandates that a certain proportion of local seats be reserved for women and lower caste persons. Ironically, this attempt at enfranchisement subjects these underprivileged classes to abusive fertility controls. Like other abusive laws in India, the two-child limit disproportionately hurts women and lower castes who cannot navigate through India’s chaotic corruption to ensure their own protection. Rather than becoming a stepping stone towards a democracy more open to all, the two-child limit has twisted political participation into an avenue of discriminatory abuse:

While India’s national government pays lip-service to human rights, its national government chronically ignores or endorses such local population control programs. To the international community, India’s national government declared a paradigm shift from sterilization camps to empowerment and gender equality. Within its own borders, however, the unspoken policy is population control–by any means necessary. In 2003, India’s Supreme Court ruled the two-child qualification constitutional, stating: “disqualification on the right to contest two children does not contravene any fundamental right nor does it cross the limits of reasonability. Rather, it is a disqualification conceptually devised in the national interest” [italics added].[10]

Thus the world’s largest democracy continues to earn its title as a “land of paradoxes.” Women and lower-castes are encouraged to run for political office, yet those with three or more children are excluded from the process. The international population control movement forces millions of Indian men and women to accept authoritarian limits on reproduction as a condition of participating in their local democratic process.

[2] Haryana, Madhya Pradesh, and Chhattisgarh only count living children towards the two-child limit.

[3] In Rajasthan, twins are classified as a single birth; in Madhya Pradesh, the legality of twin births is left to the discretion of the district collector.