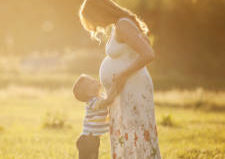 Babies are not pollution and need not be polluters

I often come across persons who attempt to justify forced abortion, sterilization, and contraception because “We (that is, human beings) are destroying the planet”. They view people as pollution, and argue that it is necessary to violate reproductive rights to protect the planet from the beings who are despoiling it. Yet that logic is intrinsically flawed.

Let us put it this way. Which of these do not belong: nitrous oxide, methane, Homo sapiens, or carbon dioxide?

The obvious answer is: “Homo sapiens.”

Pregnant women do not produce nitrous oxide. Childbirth does not generate methane. A newborn baby does breathe out carbon dioxide, but this is not a “pollutant” at all but a trace gas on which most life depends.

Yes, any given infant may grow up to be a notorious polluter, just as he may grow up to, say, recklessly endanger the lives of others by driving drunk. But such behaviors are not foregone conclusions. Unlike nitrous oxide, methane, or carbon dioxide, human beings have free will.

It is simply not true that more people equals more pollution. We have twice as many people living in the United States as we did in the early seventies, yet the skies over our major cities are clearer now than they were a half century ago. This is because the internal combustion engines that power our motor vehicles are no longer spewing out thousands of tons of particulate matter, sulfur dioxide, and other pollutants into the atmosphere as we drive. And this in turn is because we made a conscious decision to switch to cleaner burning fuels and install catalytic converters downstream from our engines.

As this example suggests, pollution is created by particular human behaviors such as the incomplete combustion of fossil fuels or the indiscriminate spraying of harmful pesticides. It can be corrected by altering that same behavior. Reducing the number of babies born will not solve these and other environmental problems.

No one would suggest that every baby born into a tech-savvy household will indubitably mature into a cyber-terrorist. Yet there are those who seem to believe that every baby human born will mature into a waste-creating, polar-bear-murdering, earth-destroying eco-terrorist. This is completely unreasonable. To be sure, some infants will grow up to secretly dump raw sewage into fragile estuaries, but many others will start compost piles and grow their own vegetables in backyard gardens.

But it is true that—thanks to technological advances, reasonable environmental regulations, and education that emphasizes good stewardship—we have made great strides in recent decades. Very large populations can actually have a much smaller environmental footprint than a much smaller population did a century or two ago. Population control has no part to play in these successes.

Sadly, not everyone has gotten this message. The anti-people argumentation continues to insist that babies equal pollution. The population control movement continues to receive billions of dollars in funding each year. Women’s fertility continues to be attacked in the name of the environment and “sustainable development.”

The United Nations Population Fund (UNFPA) continues to cheerlead China’s one-child policy, ignoring the forced abortions and forced sterilizations that follow. The UNFPA continues to distribute 40 million doses of Depo-provera each year to unsuspecting women—despite the fact that this product is so unsafe that the FDA recommends against its use.

India still sterilizes over 4 million women annually under a system of statewide sterilization targets, ignoring the rising death toll of women who have died in such campaigns. And the developed nations—chief among them the United States—still continue to fund these programs in the name of achieving a mythical “sustainable population,” all the while ignoring the massive human rights abuses that they entail.

We agree that pollution sometimes constitutes an offense against other human beings. Those who wantonly and grossly pollute the water we drink and the air that we breathe endanger the rest of us, both those who are alive now and those who will come later.

But we also insist that forced abortion, forced sterilization, and forced contraception always constitute a grave violation of human rights. These actions are never justified, least of all by irrationally claiming that they are necessary to “protect the environment.”

We look forward to a future where our children and grandchildren enjoy a planet with clean air, clean water, and luxuriant greenery. We have already, in the U.S. and elsewhere, made great strides towards the realization of this future.

But we also hope and pray that our children and grandchildren grow up in a world without population control. We are working towards the day when they are valued for themselves, and are not seen by many in the environmental movement as a threat to their dream of a world without people.

After all, as Shakespeare remarked, “The world must be peopled.”

PRI is hosting an “Earth is for People Day” event on Wednesday the 22nd where people can ask the president of PRI questions about the environment and population. PRI will be answering your questions from 10 am to 4 pm EST on Earth Day. You can access the event here: https://www.facebook.com/events/375309469320756/