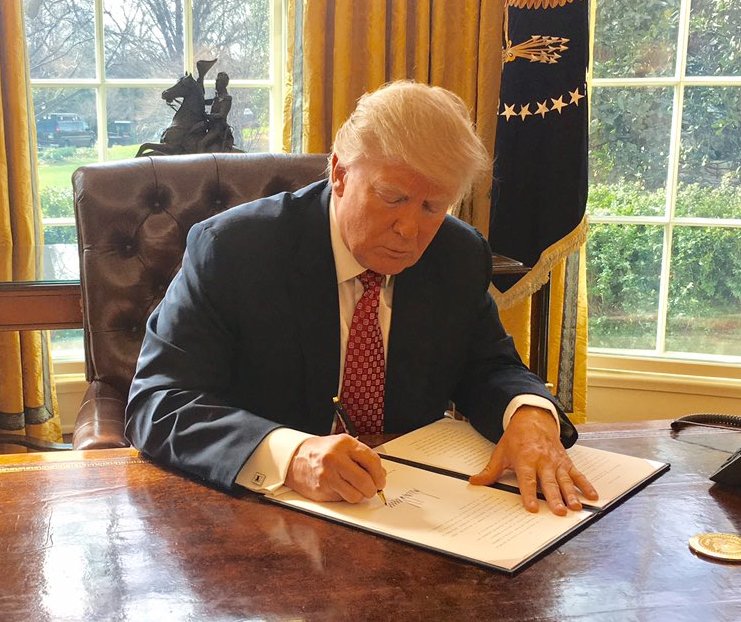 The U.S. will cease funding the United Nations Population Fund (UNFPA)—the notorious U.N. agency that has been the chief international cheerleader for, and financial supporter of, China’s repressive “Planned Birth” policies from their beginning.

U.S. Senate Foreign Relations Committee Chairman Bob Corker received a letter from the State Department on Monday stating that it had been determined that UNFPA was supporting the management of a family planning program involved with coercive abortion or involuntary sterilization and that, per a provision in U.S. law known as the Kemp-Kasten Amendment, it was therefore ineligible for federal funding.

“The Chinese Government’s Population and Family Planning Law, even as amended in 2015…clearly constitutes a “program of coercive abortion or involuntary sterilization, and are an integral part of the comprehensive population-control program the Chinese Government advances” the letter stated, “[UNFPA] continues to partner with the [China National Health and Family Planning Commission] on family planning, and thus can be found to support, or participate in the management of China’s coercive policies.”

Funding that would have otherwise been allocated to the UNFPA will be reallocated to the Global Health Programs account for family planning, and maternal and reproductive health programs.

“Defunding UNFPA is a great victory for the women of China and everyone who respects the inherent dignity of each and every human life,” says Population Research Institute President Steven W. Mosher, the first American eyewitness of the widespread practice of forced abortion and forced sterilization under the one-child policy.

On the ground investigations directed by Mosher exposed numerous human right abuses under the one-child policy and provided the impetus for the Reagan, Bush 41, and Bush 43 Administrations to cut U.S. funding to UNFPA. Under Bush 43, for instance, PRI reports led the U.S. State Department to conduct its own investigation which confirmed PRI’s findings, namely, that the One-Child Policy was just as rigorously enforced in Chinese counties where the UNFPA was in charge as elsewhere in China.

“The UNFPA was not a force for moderation in China, but was aiding and abetting the Chinese government’s enforcement of the policy,” says Mosher.

Mosher’s earlier research and testimonies before Congress further played an important role in helping to craft and pass the Kemp-Kasten Amendment in the 1980’s.

With the exception of former-President Obama, U.S. Government funding for UNFPA has been cut at some point under every U.S. President since Reagan.

Cutting UNFPA funding is estimated to save taxpayers an estimated $32.5 million dollars in 2017—the amount of funding UNFPA received in core contributions last year. While core contributions have provided the mainstay of U.S. funding for UNFPA over the past decade, the U.N. entity has also received significant funding from other sources of foreign aid in recent years. Under the Obama Administration, UNFPA received over $340 million from the U.S. Government in either obligations or disbursements.

The move to end funding for UNFPA comes as a response to a presidential memorandum issued by President Trump earlier this year on January 23 rd which directed the Secretary of State to enforce the Kemp-Kasten Amendment. The Kemp-Kasten Amendment allows the president to cut funding for any organization that supports or manages a family planning program where coerced abortion or forced sterilization are practiced.

The Kemp-Kasten Amendment has been included in every foreign appropriations act since 1985. Kemp-Kasten, in its most current version states:

none of the funds made available in this Act nor any unobligated balances from prior appropriations Acts may be made available to any organization or program which, as determined by the President of the United States, supports or participates in the management of a program of coercive abortion or involuntary sterilization.

President Trump’s January 23rd memorandum had also reinstated the Mexico City Policy, a separate regulation that prohibits the U.S. Government funding for any foreign nongovernmental organization that performs or promotes abortion as a method of family planning.

Since the advent of the one-child policy, the China Government has committed over 364 million abortions, according to data from the National Population and Family Planning Commission and the State Department’s 2016 Report on Human Rights Practices.

Under the one-child policy, women who exceeded their allowed number of births were subjected to any number of severe penalties including unlawful detention, confiscation of property, home demolition, involuntary sterilization, and crippling fines equal to two to ten times their annual disposable income.

Coercive abortion remains a core implementing component of family planning policies throughout much of China today. According to the State Department’s 2016 report, policies requiring women to submit to abortion if they are over their birth quota continued to be enforced in Hubei, Hunan, Liaoning provinces despite allegations that China’s planned birth policies had been loosened following the adoption of the two-child policy. Statutes requiring “remedial measures” (a common euphemism for abortion in China) for over quota births continued to remain official policy in Guizhou, Jiangxi, Qinghai, Yunnan, and Guangdong even after the two-child policy was put in place.

UNFPA has continuously implemented cooperative projects in China since the advent of the one-child policy in 1980. As recently as 1991, the then-executive director of UNFPA heaped praise on China’s family planning program saying , “China has every reason to feel proud of and pleased with its remarkable achievements made in its family planning policy and control of its population growth over the past 10 years.”

In a press statement released yesterday, the U.N. entity continues to maintain—its continued partnership and past support of China’s planned birth programs notwithstanding—that the UNFPA “promotes the human rights of individuals and couples to make their own decisions, free of coercion or discrimination.”

However, to this day, UNFPA has never apologized for its support and praise of China’s one-child policy. The U.N. entity continues to work in close collaboration with the Chinese Government, including the China National Health and Family Planning Commission in the areas of “reproductive health” and “population dynamics.” The UNFPA’s current five-year program in China will continue until 2020.

There is little doubt that the China Government considers their partnership with UNFPA as an endorsement of its one-child policy. Reporting on a meeting between Vice Premier Liu Yandong and UNFPA director Babatunde Osotimehin, the Xinhua News Agency describes the event saying:

“UNFPA’s support of China’s family planning program is reprehensible,” Mosher says, “no organization or entity which supports a program where coerced abortion and sterilization take place deserves one penny of our taxpayer dollars.”