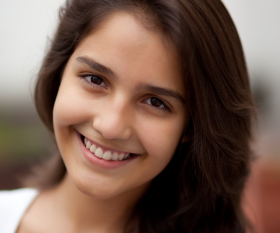 We at PRI have long argued that legalizing abortion does not reduce the number of women dying in childbirth. Now, out of Mexico, comes proof.

The study is the first ever to analyze the impact of abortion legislation on maternal mortality rates using population data from a country—Mexico—that is carrying out a “natural experiment.” Mexico’s 32 states (including the Federal District) have abortion laws in place of widely varying severity or laxity. The study used the complete vital statistics of live births and maternal deaths from all of Mexico’s states for the period from 2002—2011, and controlled for 10 variables considered to be primary determinants of maternal health, such as literacy rates and access to clear water. The study conducted by a distinguished team of researchers led by Dr. Elard Koch, Director of the MELISA Institute, in close collaboration with Dr. Monique Chireau, epidemiologist at the Department of Obstetrics and Gynecology at Duke University, Dr. Fernando Pliego, sociologist at the Institute for Social Research at the National Autonomous University of Mexico, and several others.

The study divided the 32 Mexican states into two groups: states with lax abortion laws and states with strict abortion laws. The Mexican federal district (Mexico City and environs) permits abortion up to the 12th week of pregnancy. However, some states allow abortion after 12 weeks for specific cases. Abortion beyond the 12th week in the case of rape is legal in all 32 states. In 29 states, women are exempt from criminal prosecution in the case of “imprudential” conduct, such as alcoholism or drug addiction. In 25 states they are exempt when the mother’s life is at risk, while in 14 states they are exempt in the case of genetic or congenital malformation. The study used the 14 states in which abortion was permitted beyond the 12th week for genetic or congenital malformation to represent states with more permissive abortion laws, and compared them to the remaining 18 states.

The study found that differences in maternal deaths were not explained by abortion legislation, but by other factors such as literacy rates among women, maternal health care, access to clean water, proper sanitation facilities, fertility rates, and the level of violence against women. Loosening abortion restrictions did not produce a drop in maternal mortality rates.

The study suggests that developing countries do not need to relax abortion laws in order to reduce maternal mortality rates. Rather, they should focus on:

● Increasing the number of and access to emergency obstetric units

● Developing pre-conception counseling and family planning to promote healthy pregnancies before age 35, and to prevent unintended pregnancies in vulnerable groups

Just one more lie from the blood-sucking abortion lobby.