The Poisoning of America

The Poisoning of America:

China’s Food and Drugs are Unsafe at any Price

The news that Chinese toothpaste brands sold in Panama, the Dominican Republic, and Australia contained diethylene glycol, a highly toxic chemical used in engine coolants, came as a shock to U.S. health officials.  It shouldn’t have.

China, as anyone who has lived there knows, has virtually no safety controls on food and drugs.  At the same time, it is in the midst of a no-holds-barred drive to increase its exports, and is heavily subsidizing its manufacturers to ship container loads of cheap goods of all kinds to the U.S. and other overseas markets.  As a result, over the past few years, China has stealthily become the second-largest supplier of foreign toothpaste–and many other questionable food and drug products–to the U.S. market.

U.S. health officials responded by pledging to check all shipments of toothpaste coming from China.  We have even offered to send inspectors to China.  (An offer that China quickly rejected.)  But why should the Food and Drug Administration–and ultimately the U.S. taxpayer–have to bear the entire burden of testing suspect Chinese-made food and drugs at all? 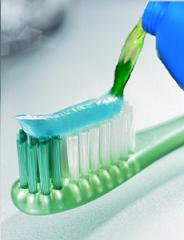 As a practical matter, the FDA is no more capable of inspecting the flood of Chinese imports than the Border Patrol is capable of containing the flood of illegal immigrants.  Take food imports, for example.  Right now, 25,000 shipments arrive on our shores from China and other countries every single day.  David Acheson, recently named to the new job of FDA commissioner for food protection, told the Baltimore Sun :  "Right now, we inspect 1 percent of food imports.  If we were to inspect 2 percent, would that problem go away?  I don’t think so."

The FDA was not able to stop the recent poisoning of American pets, for example.  Unscrupulous Chinese exporters had sold wheat flour laced with a deadly chemical, melamine, to the United States.  Some was sold as livestock feed.  Other shipments found their way into American dog and cat food, killing or sickening thousands of animals and leading to the recall of more than 100 brands of pet food.  American citizens, rather than their pets, could easily be the next victims.

If the goal is to keep out harmful Chinese products, there is a better way.  Why not just ban all shipments of suspect food and drugs from China until the Chinese government itself proves that its products are safe?  After all, this is exactly what China does to us.  A single case of mad cow disease in 2003 led China to ban all U.S. beef imports.  This ban remains in place today, long after temporary bans put in place by other countries have been lifted.  To put it another way, China plays hardball in its trade with the U.S., while we play tiddlywinks.

Putting the burden of proof on Beijing will, of course, unavoidably reveal certain truths about our Chinese trading "partners."  Chief among these truths is the fact that corrupt and profit-driven Chinese officials are not only unwilling but fundamentally unable to ensure that all of their exports meet international standards.  Poisoned toothpaste, tainted wheat and baby bibs laced with lead (another recent scare) are not just the products of individual Chinese factories, they are the products of the Chinese system.

U.S. officials are said to be concerned about "China’s standards," and are pushing for more written codes and regulatory inspections.  This would all be risible were America’s health not at stake.  The truth is that China has no standards worthy of the name.  What it does have is a pervasive culture of corruption that makes it possible for virtually any offical, up to and including the head of China’s FDA, to be bribed. 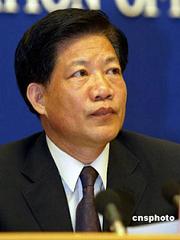 Two-thirds of the Chinese people are reportedly worried about food safety.  As well they should be.  Outlook Weekly , an official publication, admitted recently that most of China’s 450,000 food makers operate outside the law.  Over 60 percent neither conduct mandatory safety tests nor have the ability to do so, while a full third do not even have a government license.  Although the publication ducked the question, it is not difficult to see how this came about:  In a culture of corruption the existence of regulations and required inspections is only relevant in that it enables officials to charge more for their venality.

Despite massive problems with food safety, the Chinese government blandly claims that only 196 peopled died of food poisoning in 2006.  By way of comparison, the comparable number for the U.S., according to the Centers for Disease Control, is 5,000. (See CDC, http://www.cdc.gov/ncidod/eid/vol5no5/mead.htm). Given that the U.S. population is only a quarter of China’s, and that its system of food handling and inspections is vastly more safe and sophisticated, the real number of deaths for China is probably on the order of 100,000.  The fact that Chinese government statistics, where they are published at all, are unreliable further underlines the fundamental dishonesty that permeates the system.

What are we to make of President Hu Jintao’s decision to execute the disgraced head of China’s Food and Drug Administration, Zheng Xiaoyu?  Some would argue that this indicates that the Communist Party leadership is finally getting serious about cleaning up the nation’s food and drug supply.  That, of course, is precisely what we are supposed to think.  In reality, it was Zheng’s misfortune to come to trial precisely when American pets were sickening and dying.  Any other time, and an official as senior as Zheng, who had taken less than a million dollars in bribes–chump change by Chinese standards–would have simply been jailed.  But as it was, he will be sacrificed–in order to protect China’s exports.

Most Americans don’t understand that China’s economic growth depends heavily on exports, particularly to the United States.  Domestic consumption within China is suppressed–the Chinese people are not allowed to buy most of the products produced for export–which in turn pushes the savings rate up to an incredible 25 percent or so.  This money is then reinvested in new factories, technology, and production lines, all of which results in even more goods for export.  This China Economic Model, as it might be called, has produced the highest growth rates ever registered for a developing country.  This year, if not the next, China’s total exports will surpass those of the United States.  China is well on its way to becoming the world’s most wealthy and powerful country.

A boycott of Chinese-made goods by American consumers, however, might just derail China’s export-driven growth at this critical juncture.  And repeated food and drug scares might prompt just such a boycott.  By executing Zheng Xiaoyu, China hopes to convince the world that, one day soon, it will begin playing by the rules.

Don’t count on it.

Let China prove its food and drugs are safe for export, or let it keep and consume them at home.

Steven Mosher is the President of PRI.