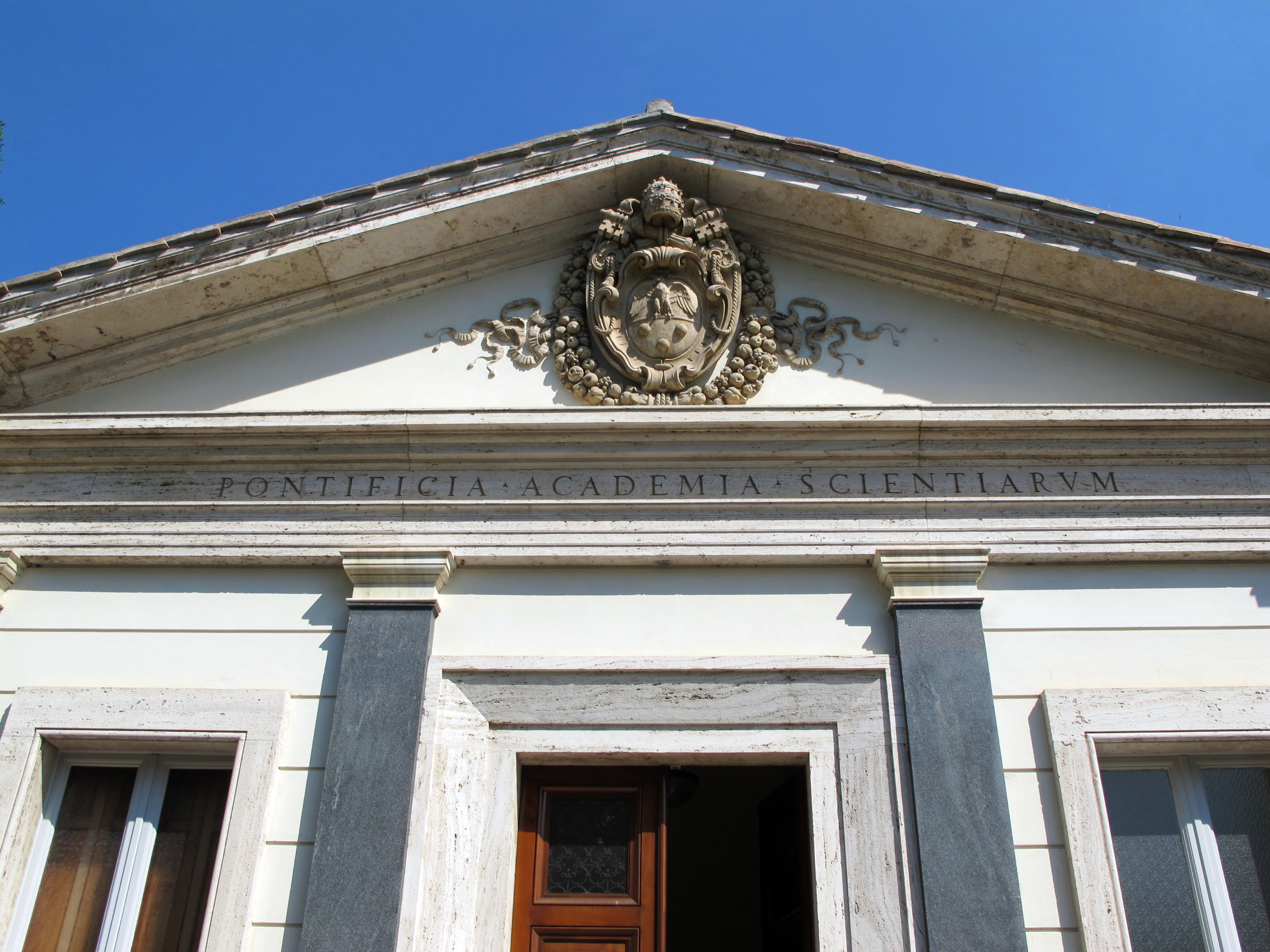 While Catholic teaching promotes stewardship of the environment, some of the participants invited to speak at the symposium have a history of promoting interventions directly contrary to Catholic teaching such as contraception and population control.

Among the more notorious controversial figures invited to participate at the Vatican workshop was none other than Stanford University professor Paul Ehrlich, the world-famous author of The Population Bomb and longtime advocate of population control.

“We are already in a societal collapse,” Ehrlich warned, “when you get a diminishing…marginal returns (sic) [on society’s efforts to supply demand through increasing] complexity.”

Ehrlich cited the comparatively high profits made on oil drilling in Texas during the early part of 20th century and the much lower per unit present-day returns made on extracting oil from the tar-sands in Canada as a recent example of diminishing marginal returns. Ehrlich appeared to suggest that the same holds true not just for oil, but for resources generally. “This goes across all society,” Ehrlich said.

While it may be true that Texas petroleum provided greater returns per unit of investment than the tar-sands do, the example is not as readily applicable across all sectors of society as a whole as Ehrlich seems to imply. For one, the marginal return on oil can quickly increase if an easily accessible oil reserve is discovered or if technology makes extraction cheaper. After the Texas oil fields started to go dry, vast reserves were subsequently discovered on the Arabian Peninsula, reserves, that to this day, continue to supply much of the world’s petroleum. Certainly, there will come a day when all our oil reserves will run dry, but humans are not simply consumers, but also innovators.

In The Population Bomb, Ehrlich predicted that humanity would outstrip its capacity to feed itself by the 1980’s, resulting in mass starvation and famine. But as the 80’s came and passed, Ehrlich’s prediction was proven wrong. Far from the mass starvation prophesied by Ehrlich, undernourishment has actually proportionally decreased in recent decades.

According to the United Nations, since 1990, even as the world population increased by 2 billion people, undernourishment dropped from 24% to 14% in developing countries. Certainly, human dignity demands that we continue to reduce the prevalence of hunger in the world. But the point remains: significant progress has been made even as world population has continued to grow considerably.

While only fifty years ago it seemed impossible that the planet could support today’s world population, human ingenuity has more than accounted for the gap. Crop yields have continued to increase predictably over the past decades and are higher today than they have ever been. According to data from the Food and Agriculture Organization (FAO), as of 2014, the world now grows 69% more food on only 28% more land than in 1961. 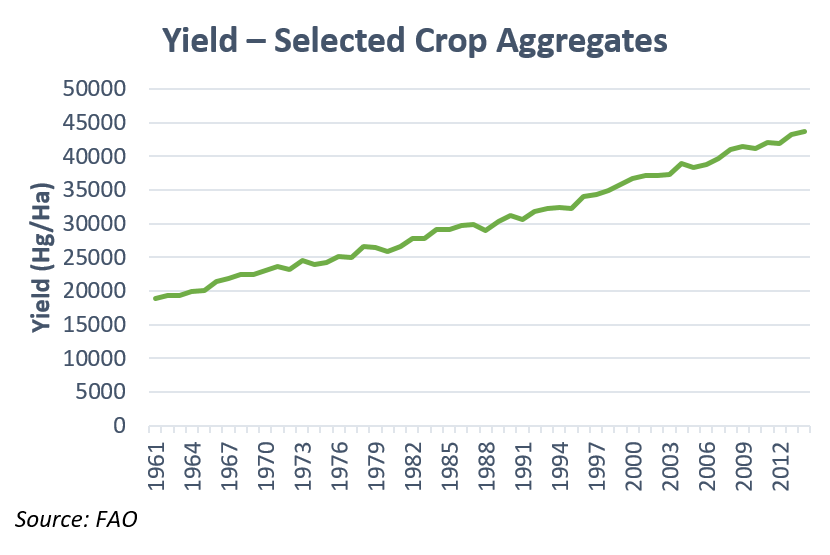 In terms of annual average food production, there is more food available per person in the world today than there has ever been before. 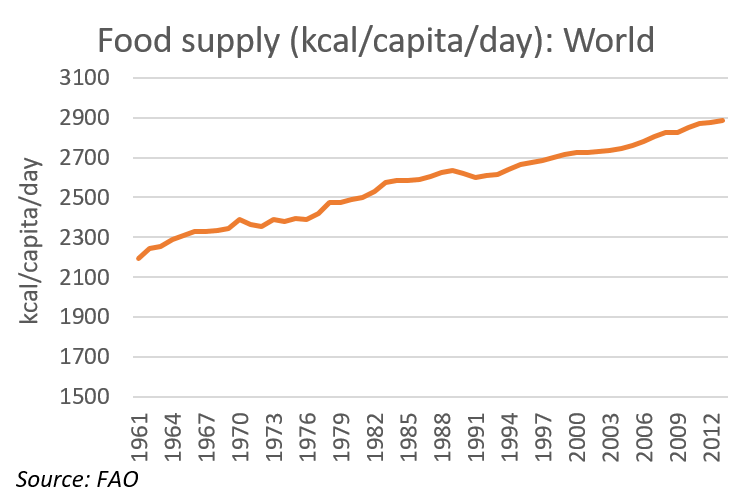 And this not just true for the world as a whole. A similar trend is also apparent when the data is restricted just to Africa alone. 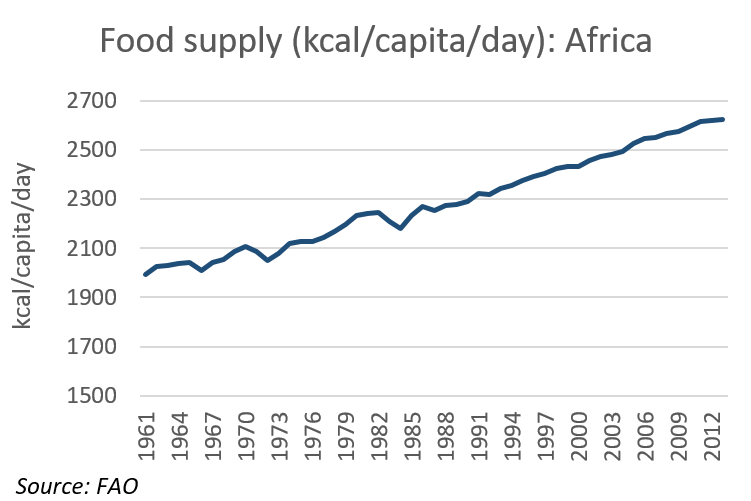 The Vatican symposium also counted among its participants John Bongaarts, Vice President and Distinguished Scholar at the Population Council, a well-known and widely-regarded scholar whose research centers largely on promoting contraception and on studying the factors that affect fertility.

Bongaarts’ research has also delved into abortion on occasion. Some years ago, Bongaarts wrote an article on the “efficiency” of menstrual regulation as a method of family planning. In it, he found that while it was not preferable to contraception, menstrual regulation “appears to be a rational procedure” under certain circumstances that “should not be performed unless a positive pregnancy test has been obtained” [1]—meaning that if one is obtained, then the procedure is advisable. “Menstrual regulation,” of course, is simply a euphemism for a very early term vacuum aspiration abortion.

The Catechism of the Catholic Church teaches that abortion is an excommunicable offense and “willed either as an ends or a means, is gravely contrary to the moral law.” (CCC 2272; CCC 2271).

Likewise, the Catholic Church teaches that contraception is not morally licit for the purpose of spacing or postponing births. Pope Paul VI’s papal encyclical Humanae vitae states “the direct interruption of the generative process already begun…are to be absolutely excluded as lawful means of regulating the number of children.”

Among the topics covered by Bongaarts in his presentation was the so-called “unmet need” for contraception, a semantic tool often used by contraception advocates to place a certain sense of urgency for ramping-up contraceptive procurement in foreign aid programs.

Having an “unmet need” for contraception is roughly defined as women 15-49 years of age who are married or cohabiting, fecund, don’t want a child within two years, and are not currently using a method of family planning. Using this definition, Bongaarts correctly cited the estimated proportion of women in the developing world having a so-called “unmet need,” but failed to mention that a significant percentage of these women don’t even want contraception.

In Kenya, for instance, the latest Demographic and Health Survey (DHS) found that out of the 38% of women not using contraception who don’t intend to do so in the future, only 0.2% of respondents cited cost or lack of access as the reason for choosing not to use contraception. The vast majority of women not intending to use contraception in the future instead cited reasons like side-effects, health concerns, infrequent sex, and personal or moral opposition as reasons for not using family planning. Similar trends were evident in the 2008 Sierra Leone DHS and in other places in Africa.

Bongaarts also made numerous references to contraception as a means to prevent unplanned pregnancies, or equivalently, what contraception advocates outside of the Vatican grounds will as often refer to as “unwanted” pregnancies. The notion “unwanted” births is antithetical to the Christian understanding of the human person which values each and every individual as a unique and irreplaceable gift from God. The notion of an unplanned or an “unwanted” pregnancy as something to be avoided at all costs springs from a contraceptive mentality that cheapens the value of human life and the meaning of marriage.

Rather than seeking to reduce population growth through artificial methods of contraception that pose hazards to women’s health and cheapen the dignity of human life, the Church has always had a very different view. The Church has taught that couples should observe responsible parenthood through natural family planning methods such as NFP by having the number of children that they can reasonably expect to support physically, emotionally, and financially, not only with respect to their duties in family life but also with respect to their duties to society at large. Yet, couples are always to remain open to whatever new life God may choose to bring into the family regardless of the circumstances—for every life is valuable and has the right to be accepted. No price tag or socioeconomic indicator can be compared with the value of a single human life. And as it ought to be.