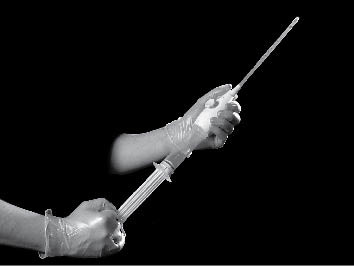 Ipas and UNFPA are Promoting Abortion in Rohingya Refugee Camps

“The refugees are too many… We have to stop them from reproducing,” U.N. official [1]

The Rohingya, a Muslim ethnic group from north-western Myanmar, have long been considered among the world’s most persecuted minorities.

In recent years, hostilities against Rohingya have increased markedly with Burmese security forces carrying out “area clearance operations” against Rohingya settlements. Widespread violence and arson on Rohingya communities has forced nearly 1 million Rohingya refugees to flee into neighboring Bangladesh and an additional 120,000 Rohingya to move into internally displaced person camps.

Yet, within the refugee camps lies another threat. As if Rohingya refugees have not suffered enough, international organizations masquerading as humanitarian groups are now after the unborn children of Rohingya women.

Since late 2017, Ipas, a radically pro-abortion organization and the manufacturer of the manual vacuum aspiration (MVA) abortion device, has been working in partnership with the United Nations Population Fund (UNFPA) to introduce abortion into the camps.

Ipas claims to have established services at 10 sites with at least two sites within the refugee camps themselves and at least six other offsite local government clinics equipped to offer services to the refugees.

Ipas is providing training to doctors and midwives on how to perform abortions. In an effort to increase abortion services, Ipas has also asked its trainees pass on their know-how to at least one other health care provider at their clinic. According to Ipas, at least 46 providers have been trained to perform abortion at their sites. Ipas claims to have been working in coordination with the Bangladeshi Government and national health system to provide the abortion trainings.

Although abortion is technically illegal in Bangladesh except to save the life of the mother, abortion is widely available on-demand up to 12 weeks. The Bangladeshi Government has since 1979 allowed first-trimester abortions which it euphemistically calls “menstrual regulation” (MR). The Government defines “menstrual regulation” as a “procedure of regulating the menstrual cycle when menstruation is absent for a short duration.”

Menstrual regulation in Bangladesh has traditionally been carried out using the MVA, a device which so conveniently also happens to be manufactured by Ipas. But more recently, the Bangladeshi Government has also introduced a protocol for “menstrual regulation with medication” (MRM) using lethal abortion inducing drugs up to 9 weeks.

In Myanmar, abortion is completely illegal except to save the life of the mother. International organizations providing abortion to Rohingya refugees are thus doing so contrary to the laws of their home country.

“I hope this can be a model for other countries, governments, donors and aid groups,” says Ipas Bangladesh Country Director Sayed Rubayet as posted on the Ipas website, “It is possible to offer reproductive health services, including menstrual regulation, quickly.”

As the Inter-Agency Working Group on Reproductive Health in Crisis acknowledges, among Rohingya women, “knowledge and understanding of [reproductive health] services is low.” It is unclear how many women receiving abortions at one of the Ipas-trained facilities would have resorted to abortion had Ipas and UNFPA had not made them available.

Ipas’ and UNFPA’s involvement in the Rohingya refugee camps bears some resemblance to the situation among Kosovar refugee camps in Albania in the late 90s. PRI’s on the ground investigations then found that UNFPA was engaged in an aggressive campaign to reduce the fertility level among Kosovar refugees by attempting to convince Kosovar women to accept sexual and reproductive health services that they by and large did not want.[1],[2],[3],[4]

UN officials at that time emphasized that the crisis presented an “urgent need” for reproductive health services. In similar fashion, UNFPA today emphasizes that it is “urgently working to meet the needs — including sexual and reproductive health needs — of refugees” in Bangladesh. While U.N. officials during the Kosovo migration crisis claimed to be providing urgently needed services in the interest of women’s health, Dr. Enza Ferrara, an Albanian doctor working with Kosovar refugees and interviewed by PRI at that time revealed another side of the story. When Ferrara asked why such reproductive health services were so urgent, the U.N. official responded “The refugees are too many… We have to stop them from reproducing.”[5]

PRI was able to verify a report that UNFPA had successfully bribed the head of the maternity ward of the main hospital in Pristina, Sjedullah Hoxha, with laundry appliances in exchange for Hoxha’s public support of UNFPA’s reproductive health campaign in Kosovo.[6],[7]

In the Rohingya crisis, neither Ipas nor UNFPA have been clear about the extent of UNFPA’s role in providing abortion to women in the refugee camps. However, it is well-known that UNFPA provides Reproductive Health (RH) Kits in crisis situations. One of these kits is RH Kit 10 which includes supplies for the manual vacuum aspirator (MVA), a device which is used in procuring first-trimester abortions.

While MVAs can also be used for the treatment of incomplete natural spontaneous abortions, there is nothing preventing the user from using the kit for elective induced abortion. Indeed, Dr. Olivier Brasseur, the UNFPA Representative in Kosovo, told PRI as much in an interview back in 1999:

Let me tell you what is in the ‘reproductive health’ kit!…Things for helping safe childbirth, but if somebody is using it for abortion, we cannot do anything about it![8]

As Ipas makes clear, the abortion services provided to Rohingya refugees in their facilities are not primarily for the treatment of spontaneous abortion. Ipas is fairly open about the fact that their abortion services include abortion provided as method of elective family planning.

On its website, Ipas has various “spotlight” stories on women who have had an abortion in one of their trained facilities. One woman featured had clearly obtained an abortion for the purposes of family planning:

After reaching the camp, Hamida found that she was pregnant. But she did not want to bring another child into those difficult conditions.

Promoting abortion as a method of family planning is a violation of the Cairo Programme of Action, an international consensus agreed to by the overwhelming majority of U.N. member states at the 1994 International Conference on Population and Development.

In the Bangladeshi camps, UNFPA has also established what they call ‘safe places’ where women can receive information, medical care, and “referrals to support services, including health care.” It is unclear whether such health referrals are being provided for Ipas clinics.

In Myanmar, separate from Ipas’ project in the Bangladesh, UNFPA has also set up Women and Girls Centres in order to provide a “safe space” for internally displaced refugee women. Among other things, these “safe spaces” provide refugees with “information about sexual and reproductive health” and family planning.

For decades, the Rohingya have been subjected to rampant ethnic and religious discrimination including forced displacement and deportation, forced labor, vandalism of mosques and private property, harassment, population control, and restrictions on their freedom of movement.

According to Médecins Sans Frontières (Doctors Without Borders), more than 6,700 Rohingya have been killed by police, military, or militias in what appears to be a concerted campaign to remove the Rohingya from their homelands. United Nations High Commissioner for Human Rights Zeid Ra‘ad al-Hussein has said that the Rohingya crisis “seems a textbook example of ethnic cleansing.”

Most Rohingya now living in Bangladesh refugee camps have left everything behind, their possessions and property lost to arson or looters. Most now live in makeshift houses of bamboo and plastic tarp provided by humanitarian organizations. As UNHCR put it, Rohingya refugees “have nothing and need everything.”

Yet after Rohingya have fled their homes for their very lives, pro-abortion international organizations like Ipas and the UNFPA are not providing Rohingya with food or shelter. Rather they are offering to take the lives of their unborn children.

It is time the international community once and for all cut all foreign assistance to Ipas and UNFPA for not only facilitating the termination of the lives of unborn children, but for their resolute determination to prey upon and take advantage of women in their hour of greatest need.