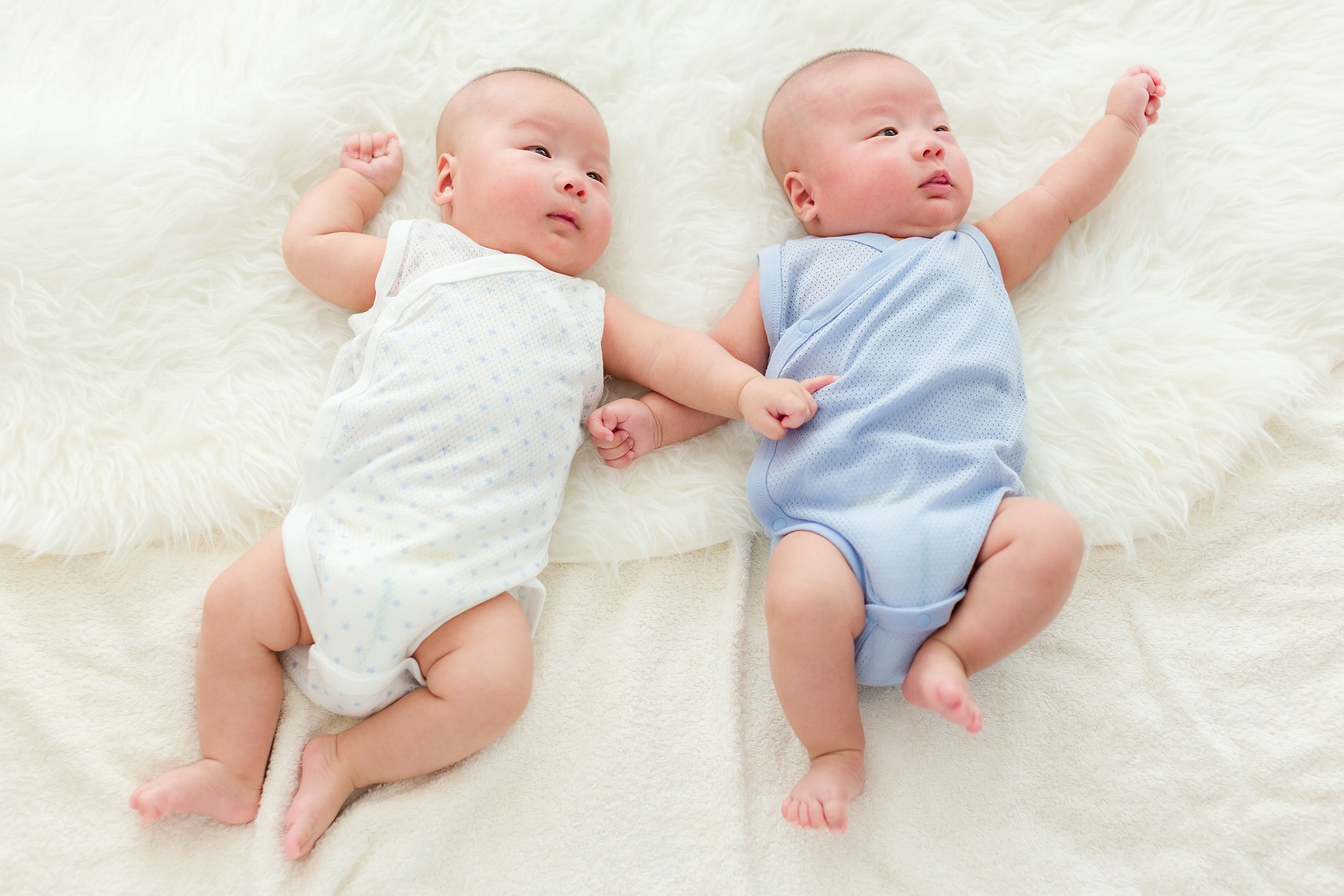 Chinese Provincial Government Calls for an End to Birth Restrictions

The provincial government in Shaanxi, a province in north-central China, has published a report that calls for an abolishment of birth limits under China’s planned birth policy.

Currently, China’s two-child policy prohibits couples from having more than two children. In many provinces, couples are allowed a third child only in narrowly-crafted special circumstances that often require government approval, such as when a child has a severe disability or in second marriages. Couples who exceed their government-mandated birth quota can be subjected to steep fines significantly larger than their annual household income.

On June 29, the Shaanxi Provincial Bureau of Statistics released a report titled “Development Report of Population Development in Shaanxi Province 2017” which calls for family planning policies to be abolished “when the time is right.” The report also encourages that policies be introduced to increase the birth rate, including offering subsidies to women who have another child, policies to protect women’s employment security, increasing the availability of maternal and child health services, and improving health systems and early childhood education infrastructure.

The Shaanxi report has further added to growing speculation over the past several months that the Chinese central government may soon be preparing to scrap its nearly four-decades-old planned birth policy, perhaps as early as later this year.

According to Population Research Institute (PRI) President Steven Mosher, the move by the Shaanxi provincial government may indicate that policy changes from the central government to increase the birth rate could be forthcoming. “Ambitious provincial leaders often try and anticipate changes in national policy by getting ‘one step ahead’ of Beijing,” Mosher says, “It’s a dangerous game, but it can lead to national recognition as a ‘model province’ and promotion for the provincial Communist Party secretary. This report, along with other signs, shows that the Chinese state is moving decisively in the direction of urging higher birth rates.”

A Bloomberg article earlier this year reported that sources had revealed that China’s State Council, the cabinet of the Chinese Government, had commissioned a study on the social impact of removing all birth limits. According to Bloomberg, the study was commissioned at the behest of China Premier Li Keqiang, the second highest ranking official in the Chinese Communist Party. The study was commissioned by Li after receiving the results from a prior study in April which found “limited” benefits to abolishing birth limits.

Moreover, the sources had conveyed that the State Council was making preparations to change the country’s planned birth policy. Among the policy proposals being discussed by officials, according to the Bloomberg piece, is an “independent fertility” policy which would abolish all birth limits and allow couples to freely choose the number of children they want to have.

For nearly four decades, the Chinese Government has imposed stringent birth limits, restricting couples to no more than one or two children, in a radical attempt to drastically reduce the country’s birth rate. Under China’s one-child and two-child policies, millions of women were punished with crushing fines and forced to submit to abortion, sterilization, or IUD insertion if they were found to have exceeded their government-allocated birth quota. The Chinese Government claims that its one-child policy prevented over 400 million births.

But now, after more than 20 years of below replacement fertility, Chinese society is beginning to feel the demographic consequences of the Government’s planned birth policies.

Since 1990, the fertility rate in China has been below the replacement rate, the rate necessary to prevent population decline. As a result, China’s population structure has transitioned. According to data from the National Bureau of Statistics’ annual 1% survey, the working-age population in China has decreased consistently every year since 2011. At the same time, the country faces the prospect of rapid population aging in the coming years. The Chinese Government projects 25% of the country’s population will be 60 or older by 2030, up from only 13% in 2010.

Chinese officials, concerned that current demographic trends threaten to undercut economic growth and the credibility of the Communist Party, are now increasingly looking for ways to boost the birth rate. In an effort to mitigate the burden of population aging, the Chinese Government in 2016 abandoned its one-child policy, opting instead for a two-child policy which now allows all legally married couples to have a second child, but no more.

Some Chinese officials and demographers are now calling for the government to remove all birth limits—a sharp turn-around from only a few years ago when only officials in the central government were allowed to discuss the national planned birth policy.

In March, a deputy in the National People’s Congress (NPC), the Chinese Government’s rubber-stamp congress, put forth a proposal for the government to transition from a two-child policy to a three-child policy. Zhu Liyu, the NPC deputy proposing the measure, was quoted at the time by Sina Finance saying, “If we do not adjust the population policy as soon as possible and increase the population, China will become a country with low fertility levels. Therefore, it is recommended that the [two-child policy be] fully liberalized [and changed to a] three-child policy as soon as possible.” Liyu went on to say that if the country’s birth decline did not reverse under a three-child policy, the government should consider ending family planning policies altogether.

In June, an article that appeared in thepaper.cn reported that the vice dean of the Institute of International Strategic Studies at the Central Party School of the Communist Party, Zhou Tianyong, had authored an article that was published in a magazine issued by the Ministry of Human Resources and Social Security, calling for the government to abolish the planned birth policy and remove all birth limits on Chinese couples. The Central Party School is the Chinese Government’s institution of higher education for training officials for civil service and for leadership positions in the Communist Party.

“We should urgently and completely allow women to freely have children and cancel the one-child birthing system,” thepaper.cn quoted Zhou from his article, “Family planning personnel should receive settlement from the government, the social support fees should be abolished, and past-due social support payments should not be collected.”

Even a former official who once headed a division of the National Family Planning Commission, the State Council agency once responsible for implementing the one-child policy, has come out publicly in favor of removing the birth limits, telling Bloomberg in an interview that the removal of birth limits is already past due but “it’s better than never.”

Over the past year, the Chinese Government has taken steps to distance itself from the family planning policies of the past. In March, the National Health and Family Planning Commission, the executive agency long responsible for implementing the one-child policy, was reorganized as the National Health Commission. The move represents the first time since 1956 that no executive agency in the State Council bears the phrase “family planning” or “birth planning” in its name. And for the first time in nearly 30 years, the party work report from the 2017 National Congress of the Communist Party failed to mention the term “birth control.” In his address to the National Congress last year, Chinese President Xi Jinping also did not make the customary reference to “family planning.”

Reports have also indicated that local government officials in some parts of China may have eased off enforcing the two-child policy. According to an article from ETtoday, cadres in Chenzhou, Jiangxi Province, no longer assess fines for over-quota births. One Henan agricultural worker whose wife recently gave birth to a third child without sanction told ETtoday, “In a few villages around us, there are many cases in which a family has three or four children. I have hardly heard of a fine.”

In the far northern province of Heilongjiang where fertility rates are low, the provincial-level government in 2016 even changed its family planning regulations to allow couples living in the province’s border districts to have a third child, representing the first time since the one-child policy was introduced that all ethnic Han Chinese in a given territory are legally permitted to have a third child.

Still, couples who exceed their two-child quota in many provinces are still technically subject to strict fines and penalties and reports have indicated that the policy continues to be enforced to this day in much of the country.

Population Research Institute investigators found evidence last year that the two-child policy was still being rigorously enforced in some parts of China. An investigation by John Sudworth of the BBC in 2016 found that couples under the two-child policy continued to be subjected to coercive home visits and threats of mandatory abortion if discovered with an out-of-quota child.

Steep fines for past violations of the one-child policy also continue to be levied on couples under the two-child policy. According to ETtoday, 221 people in Luoyang, Hunan Province were recently placed on a list of “unworthy enforcers” after failing to pay the social support fees for over-quota births. And in several provinces, couples who exceed their birth quota can still be punished with loss of employment, mandatory abortion, wage garnishment, and fines.