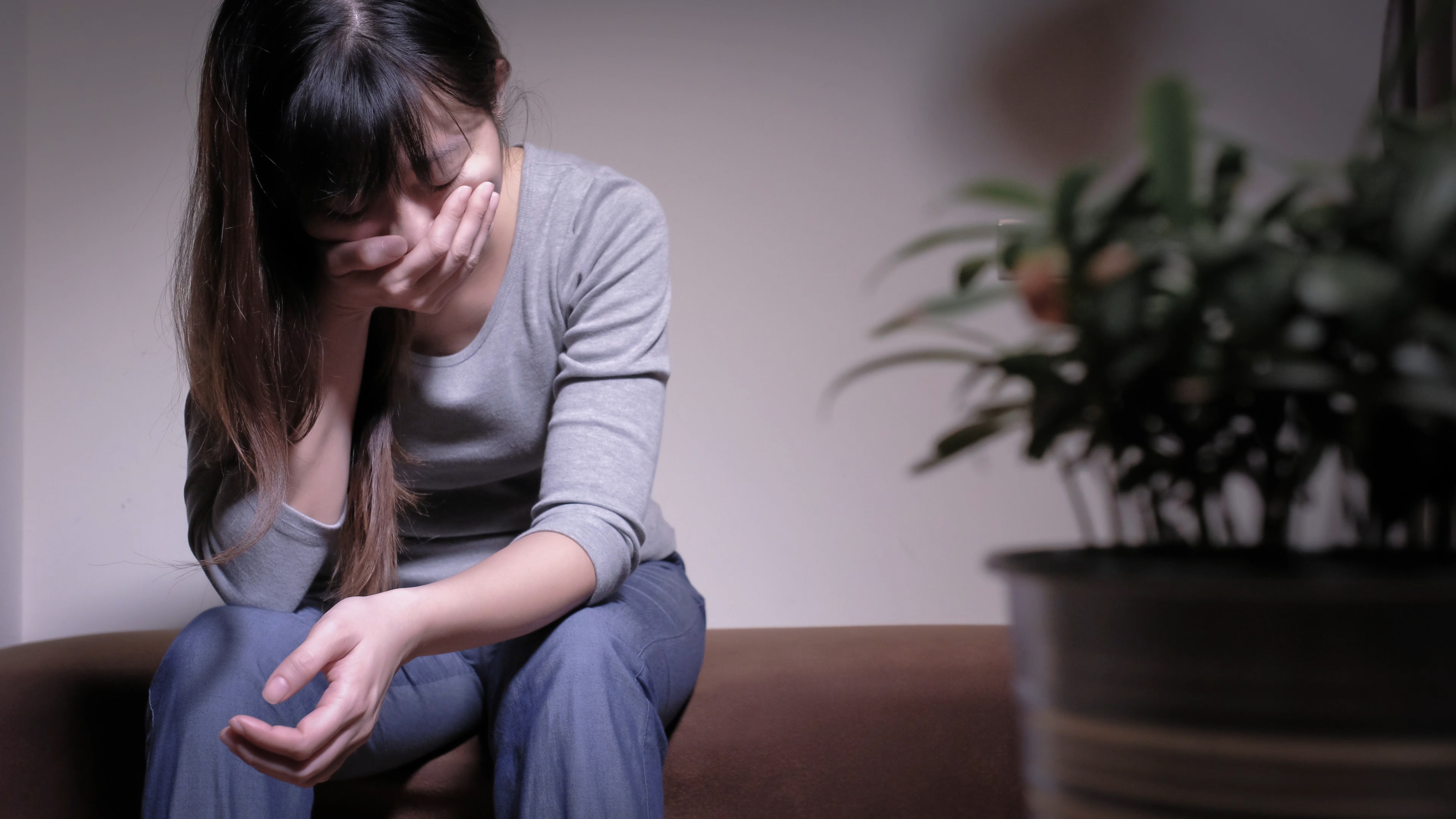 Women in China found pregnant with an over-quota child continue to face severe penalties, PRI has found. These penalties include, in many provinces, being forced to have an abortion.

It has been nearly two years since the Chinese Government modified its planned birth policy. In December of 2015, the Chinese National People’s Congress (NPC) Standing Committee officially transitioned from a one-child policy with a two-child policy.

Under the new policy, married couples are prohibited by the Communist government from having more than two children. For unmarried women who find themselves pregnant, the Chinese Government continues to enforce a zero-child policy, counting all unwed births as out-of-quota births unless they marry within 60 days after the child’s birth.

Special circumstances apply for divorced and remarried couples, and for couples with a handicapped child who “will not be able to join the labor force upon reaching maturity.”

Special Circumstance No. 3: Couples who have already given birth to two children one or both of whom are handicapped: The couple must be be certified by both a “handicapped children’s hospital” and the relevant government agency that their child[ren] is[are] actually handicapped, and will not be able to join the labor force upon reaching maturity, and that, from a medical standpoint, the couple should be permitted to have additional children [that is, that they are not likely to give birth to a child with a congenital birth defect.]

Provincial governments have slowly revised their family planning regulations to comply with the national standard. However, changes to the original regulations governing the one-child policy have been modest, and have been carried out with an eye to preserving the Chinese Party-State’s control over the number of children that couples are allowed to have.

As a recent PRI on-the-ground investigation in China has revealed, in certain locales the two-child policy is being just as rigorously enforced as the one-child policy was. Indeed, as greedy and unscrupulous family planning officials find fewer targets for their fines and extralegal confiscations of property, and face the prospect of seeing their income reduced, they seem to be bearing down even harder on those who violate the new policy.

Couples who exceed their government-mandated birth limit continue to be punished with crushing fines equal to two to ten times their annual household income, according to the Planned Birth ordinances of Hunan, Liaoning, Hainan, and Henan provinces. Under certain circumstances, these fines can climb even higher. The only exception is Heilongjiang province, where the fine is only pegged to a single year’s income—still a steep fine be anyone’s standards.

Such fines are euphemistically referred to as “social compensation fees,” even though most of the money collected winds up in the pockets of the same officials who collect them.

Planned Birth ordinances in many provinces mandate abortion for women pregnant with an unauthorized child. Regulations in Hunan, Liaoning, Hainan, and Henan provinces explicitly state that women who violate the policy must terminate their pregnancies. The Planned Birth rules for Hainan province, for instance, proclaim:

Regulations in Liaoning go even further, threatening legal consequences if they do not do so.  Women who do not terminate their pregnancies “must bear legal responsibility [for not doing so].”  (应当承担法律责任)

“Article Twenty-Five” of the Planned Birth regulations in Henan province states that:

Any person who engages in one of the following behaviors must, under the direction of Planned Birth ‘technical service cadres’ [i.e., abortionists], be given ‘remedial measures’ [i.e., an abortion] to terminate their pregnancies:

The Planned Birth regulations in Hubei province actually impose a fine on those who refuse to abort an illegal pregnancy:

Article Twenty-Six: Those whose pregnancies do not conform to the birth regulations instituted by law who must terminate their pregnancies and yet refuse to do so … shall be given a warning by the Health, Planned Birth, and Administrative government offices and told to take ‘corrective action’ [an abortion] by a certain deadline.  For those who refuse to take corrective action, both parties involved in the matter [e.g., both husband and wife] will be fined 500 renminbi.

The Planned Birth regulations in Guizhou, instead of imposing a fine, actually garnish the wages of those women who do not terminate out-of-quota pregnancies:

Such fines—along with the promise of their return if one’s unborn child is terminated—is obviously a powerful inducement to comply with the Planned Birth regulations.

Many of the regulations that we have reviewed, including those in Qinghai, Yunnan, and Jiangxi province, require the government to take “remedial measures” when dealing with unauthorized pregnancies.  “Remedial measures,” of course, is a well-known euphemism for forcing women to have abortions.

If either husband or wife suffers from a serious congenital defect, etc., and is, in the opinion of medical science, is unfit to reproduce, they must undergo sterilization; if already pregnant, she must terminate the pregnancy in timely fashion.

Similar language is found in the Planned Birth regulations of Fujian, Jiangxi, Hainan, and Shanxi provinces.

According to the U.S. Department of State’s Country Reports on Human Rights Practices for 2016, Jinlin province further requires family planning officials to “promptly report” unauthorized pregnancies. While Guangdong has removed references to “remedial measures” in the province-level ordinance, the language has been inserted into local municipal ordinances. The State Department has also found that even in provinces without explicit requirements to terminate unauthorized pregnancies, local family planning officials continue to strongly coerce women to submit to abortion.

In one case reported by the Chinese government-funded media outlet Sixth Tone, a woman in Guangdong was forced to abort her child at six months after her government employer threatened her with job loss and steep fines.

Several provinces still mandate employers to report, sanction, demote, deny promotions to, or even terminate employees who are discovered having more than two children. In many provinces, regulations deny violators access to financial assistance for pre-natal or childbirth expenses that they would have otherwise been entitled to.

Recently, the National People’s Congress (NPC) Standing Committee sent a letter to provincial governments in Fujian, Guangdong, Hainan, Jiangxi, and Yunnan provinces recommending that provisions in the Planned Birth regulations requiring the termination of employment for over-quota couples should be dropped. Since the NPC is a “rubber-stamp congress”, without any real authority, it is unclear what effect this will have.

At this time the employee penalties associated with the two-child policy remain codified in Planned Birth regulations across the country. Regulations in at least ten provinces (Yunnan, Hainan, Guangdong, Guizhou, Fujian, Jiangxi, Liaoning, Hubei, Shanxi, and Qinghai) explicitly require the imposition of “administrative sanctions” on government employees who exceed their birth limit, up to and including demotion and dismissal from their posts. In the countryside, those elected to local village committees are automatically dismissed from their posts if they exceed their government-mandated, two-child limit.

Some provinces, including Yunnan, Hainan, and Fujian, also seek to impose such punishments on employees working for private companies. That is to say, private companies are required to sanction and fire employees for becoming pregnant with, or actually giving birth to, an illegal child.

The Planned Birth regulations in Jinlin province, for example, concedes that the practice of private company sanctions against violators not only exists but is well-known. These stipulate that Planned Birth policy violators should be punished “including employees who have been fired or relieved from their posts”:

The regulations in Fujian province require private companies to punish their employees for violating the Planned Birth regulations “by referring to, and following” the punishments in place for government employees:

There is evidence that such policies are actually being carried out by private companies. Within days of the roll-out of the two-child policy, in fact, a woman in Zhejiang province was, according to Sixth Tone, fired by her private employer for having given birth to her second child.

Migrant workers are being swept up in the two-child policy net as well. Planned Birth regulations in a number of provinces, including Guangdong and Hainan, require both employers and landlords to verify marriage license and birth permits as a condition of employing or renting to migrant workers and their families.

The Guizhou provincial regulations go even further, making it mandatory for those who employ migrant workers to “promptly report” any news to the local government village committee in order to facilitate the work of the family planning police. Article Fifteen of those same regulations even seeks to enlist everyone into a kind of anti-natal Neighborhood Watch:

Those who provide goods or services within apartment complexes and neighborhoods must accurately report population numbers and information related to Planned Birth concerns to Health and Planned Birth offices in order to assist in family planning work.

Perhaps the most extreme example of how private companies in China are being forced into the very public business of enforcing the two-child policy comes from Hubei province.  There, all employers have been ordered to cooperate with forcing migrant workers to have abortions. The Hubei law states:

All those who hire workers, who rent out or are responsible for renting out apartments and houses, who run factories, shops, and other enterprises must cooperate with Township (Town) committees in registering and collecting information on the migrant population when it comes to the Planned Birth policy. As far as those members of the migrant population who violate the regulations and laws governing pregnancy are concerned, employers and companies must assist in carrying out the measures necessary to terminate such pregnancies.

The list of punishments for violating the two-child policy goes on and on, varying only slightly from province to province.  As this summary makes clear, the Two-Child Policy is being enforced just as vigorously—and with just as little regard for the human rights of the Chinese people—as the One-Child Policy was.

The Chinese Party-State continues to control reproduction just as it controls other aspects of Chinese society: under a state plan.