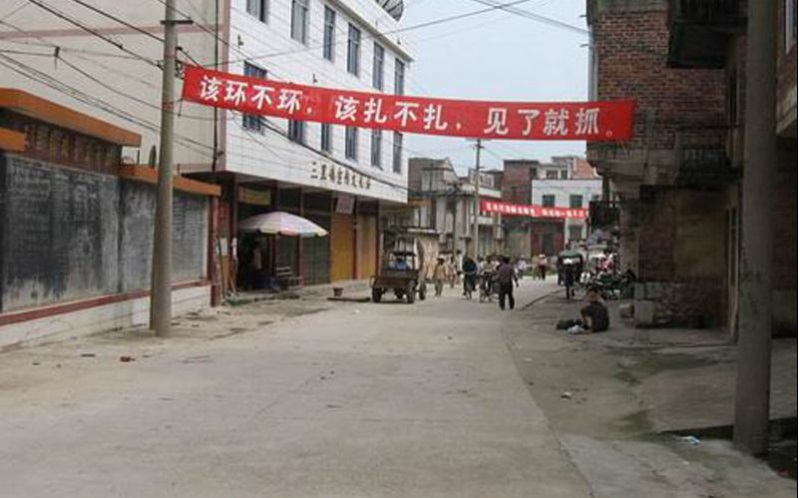 Many Westerners cheered when the Chinese Communist Party announced it was going to allow all Chinese couples a second child. They quite naturally assumed that this meant an across-the-board relaxation of a policy that had caused tremendous suffering among the Chinese people.

I was not convinced. There is often a striking distance between Beijing’s policy pronouncements and the harsh reality on the ground.

In fact, not long ago I testified before Congress that “Despite the new Two-Child Policy, the Chinese Communist Party remains as firmly in control of fertility as ever…the Chinese state, rather than the Chinese people, decide how many children are to be born in China each year.” [1]

Now, based on the initial results of our investigation, my concerns were not misplaced. Not only do forced abortions in China continue, but also the levels of coercion are actually higher today than in the recent past.  How can this be?

First of all, the Party has ordered its millions of population control police to “resolutely carry out the basic policy of Planned Births [and] thoroughly implement the policy of each couple birthing two children.”

If this doesn’t sound much like encouragement to “be fruitful and multiply,” it’s because it isn’t. While every couple in China is now allowed a second child four years after the birth of their first, other restrictions have not been relaxed. Among other things, the Planned Birth Policy forbids out-of-wedlock births and childbearing without permission—even if it is a couple’s first child. So women who violate these rules are still being hunted down and, when found, aborted and sterilized.

In fact, they are being hunted down even more vigorously than before.  In part this is because you have more population control police chasing down fewer illegally pregnant women. In part, this is because there are fewer “illegal birth” fines for these same corrupt police to divide up and pocket.

Americans need to understand that, over the past four decades, China’s population control police have lived large off the suffering of the people. The huge fines they have collected from couples that had illegal children—fines averaging three to five times the family’s annual income—have funded a lifestyle for these corrupt officials far beyond what they could have afforded on their small state salaries.

In fact, population control fines have been an important source of income for all county and below government officials. Corruption is rampant in China, where virtually all officials are on the take.

With the new blanket two-child policy, part of their income has dried up. So they are beating down the doors of couples that they suspect of violating the new policy in an increasingly desperate effort to bolster their shrinking salaries.

PRI interviewed one woman who, when she discovered she was pregnant with a second child, had gone underground. Her first child was only two years old, far too young for her to qualify for a second, even under the two-child policy. She was determined not to have an abortion, so she stayed off the streets and out of sight until she was able to travel to a secret location where she would be safe.

If she was discovered to be pregnant and refused the government’s order to have an abortion, she knew what would follow. As the parents of an “illegal” child, she and her husband would both lose their secure government jobs and their government subsidized housing. They would have no income and no way to take care of their children and her husband’s elderly parents. The huge fine that the population control police would gleefully levy upon them would wipe out their savings and leave them destitute.

We asked her if things were better under the two-child policy. “No,” she said emphatically, “they are much worse. So very much worse.”

“It isn’t as simple as everyone gets two children,” she went on, “each local authority makes up their own rules. They are all trying to make up for their lost income. They charge for the permits that must be obtained for the second child. They impose other restrictions—like how many years apart the children must be, and so on. Each of these restrictions becomes another way for the population control police to charge money and make more money. And if they catch you pregnant with an illegal child, they take everything you have.”

Before the new national two-child policy, she explained, each town and county had more authority and a lot more leeway. A person’s guanxi—the relationships you have with people in power—counted for a lot. You could bribe local officials with “gifts” in return for them turning a blind eye to an “illegal” second or third child.  The local authorities could make more lenient decisions for individuals based on these guanxi relationships, and paying off the local officials in “gifts” to have a second or third child was often much cheaper than paying the official fine. But now that everyone is allowed a second child, the authorities are more determined than ever to track down women pregnant with illegal children. It’s all about the money, she concluded.

PRI is continuing its on-the-ground investigation, but it is safe to say that the two-child policy definitely does not mean a new dawn of reproductive freedom for Chinese couples. The state still controls reproduction under a state plan, and the officials charged with enforcing it are even more coercive and corrupt than ever.