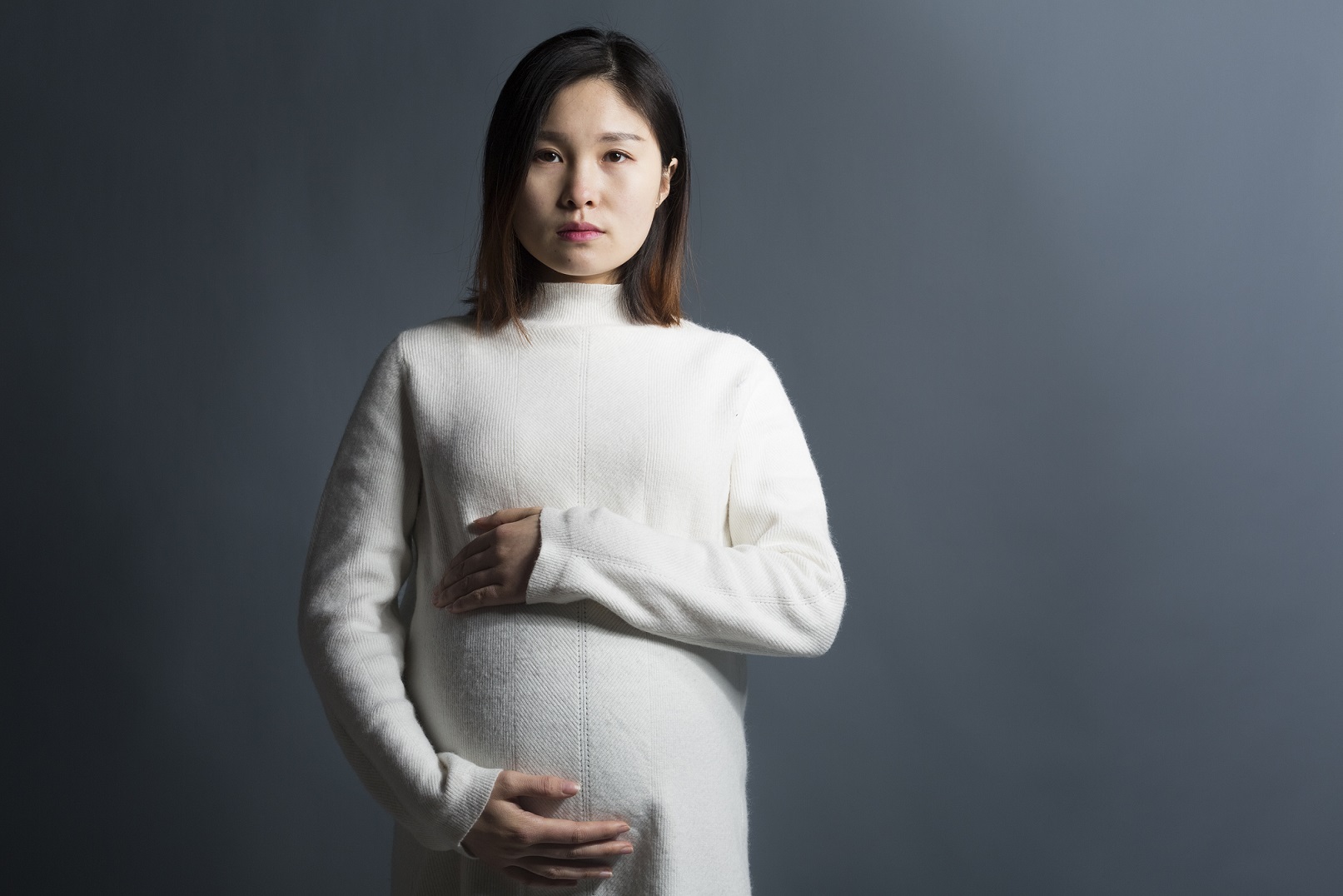 China Stepping Up Measures to Boost the Birth Rate

Provincial and Local Party Committees are “Mobilizing the Masses” to Reproduce

Since the Chinese Party-State abandoned its one-child policy two years ago, birth rates across in China have remained stubbornly low. Communist Party officials are beginning to worry that, despite being allowed to have a second child, many couples are choosing not to.

Perhaps that is why the two-child policy is being referred to as a “comprehensive two child policy” or a “full two children policy,” (“全面两孩”政策 / “全面二孩”政策). The implications are that couples are not only limited to two children but that they should also be encouraged to fill their two-child quota.

Facing the prospect of population aging and a contracting labor force, China adopted a two-child policy in 2015, in the hopes that the rule change would help spark a baby boom. The Chinese Government also took some steps to lessen the planned birth policy restrictions such as offering registration (hukou) to children born ‘illegally’ under the previous one-child policy.

Despite these changes, birth rates in China have continued to decline over the past year and a half. As a result, some local Party committees are now taking more proactive measures to boost the birth rate. If successful, these policies will be replicated at the provincial and, possibly, ultimately, at the national level.

Earlier this year in June, Shihezi City, a city in China’s far western Xinjiang Uyghur Autonomous Region, revised its ordinances to encourage couples to have two children by extending maternity leave for women who give birth to their second child, allowing women to count prenatal doctor visits as work time, and requiring that employers pay women the same salary when on maternity leave as when working. Moreover, Shihezi also now offers women giving birth to their second child a 500 yuan allowance for hospital delivery and 1,000 yuan allowance for a cesarean section delivery. The Shihezi Government will also provide parents with subsidies for milk powder until the child is three years old.

In July 2016, a few months after revising its family planning regulations to begin implementing the two-child policy, the Hubei provincial government rolled out a pilot program designed to encourage couples to have a second child. The program provides a variety of benefits including free basic fertility services, pre-natal and post-natal exams, pre-pregnancy “eugenics” exams, and provides subsidies for basic childbirth hospitalization fees. Since then, 34 counties and cities in Hubei Province, including two mid-size cities, have adopted aspects of the program.[1]

Last summer, Yichang City, a mid-sized city[2] in Hubei Province, began implementing a policy where women giving birth to their second child are given a 2,500 yuan subsidy to pay for hospital delivery fees. Yichang has also decided to offer parents with two or more children financial support to pay for early childhood education. Couples who qualify could receive education grants as much as 10,000 yuan per child. Similarly, Xiantao City, another city in Hubei, provides 1,200 yuan for the hospital delivery costs associated with the birth of a second child.

Another city in Hubei Province, Xianning City, went even further with a new policy issued earlier this month. The new policy, entitled “Advice on How to Speedily Implement a Full Two Children Support Policy,” extends the maternity leave period in Xianning from 128 days to 6 months and additionally adds a full month of paternity leave. The new policy also provides families with two children with access to extensive, exclusive benefits including subsidies for housing, more favorable terms on loans for buying a house, reduced-cost or free medical services associated with childbirth, and reduced tuition for early childhood education.

One city in China’s Shanxi Province is even providing cash subsidies to couples to help offset the cost of getting married. Engaged couples can apply for financial support for a variety of nuptial-related purchases, including wedding rings, autos, wedding venues, honeymoons, and household appliances.

Yichang City raised eyebrows in 2016 when its Health and Family Planning Commission issued an open letter calling on all Communist Party members in the district to “take the lead in responding to the Party Central Committee’s call” to have a second child. Younger Party members were advised to lead by example, exhorting them that “doing it starts with me,” while older comrades were told to “educate and supervise their children” in order that they might encourage their children and grandchildren to have a second child. Party members of all ages were urged to “take various measures to mobilize the masses to actively achieve a ‘full two children policy.’ ”

But it is not only local city governments that are introducing sweeping policies to promote fertility. Provincial-level governments are also beginning to jump on board the new pro-natal bandwagon. In July, Liaoning Province released its Population Development Plan 2016-2030, outlining a series of proposals for policies to increase the number of births in the province. The Liaoning Population Development Plan calls for improvement in the areas of taxation, health and maternal insurance, education, and housing policy to encourage couples to have a second child and to reduce the burden of costs associated with childbirth and childrearing. Liaoning also proposes to extend the period for maternity leave, invest in child-care centers, scale-up the capacity of maternal and child health facilities, and promote policies that allow nursing and pregnant women to have the flexibility to care for their children without having to sacrifice their jobs in the process. 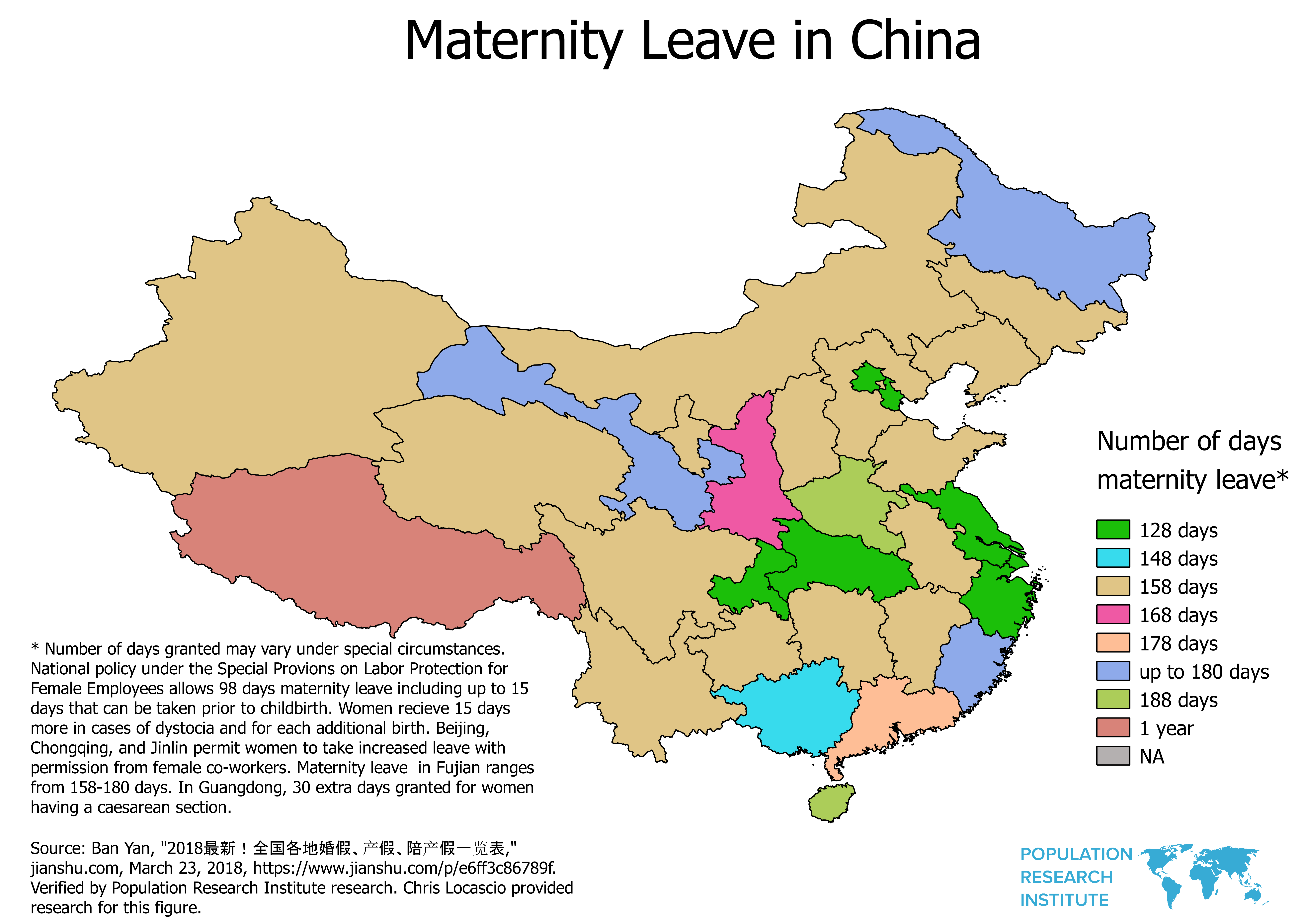 The Chinese central government also may soon play a larger role with birth encouragement subsidies. Last month, China’s cabinet, the Office of the State Council, issued a notice stating that Beijing will soon issue national standards for such policies and that local governments will be reimbursed for associated costs.

According to Steven Mosher, President of the Population Research Institute and an internationally-renowned China expert, this latest move by Beijing is a clear signal that the Chinese Government will take a much more authoritative role in promoting births across the country.

“The Chinese Party-State is clearly moving quickly towards the development of a national policy when it comes to encouraging everyone to have two children, and it is moving to put some financial muscle behind the effort,” Mosher says.

“China’s tax regime is heavily biased against provincial and local governments,” Mosher says, “They only receive about half the tax revenue, but they are currently responsible for about 80 percent of all expenses, including in the area of pensions, education, and health.”

Observers have called Beijing’s plan to cover some of the costs of family planning subsidies “a major reform.” The policy is slated to take effect in 2019.

The Communist Party has made a number of moves as of late that suggest that it may soon abolish birth limits under its planned birth policy in order to spur population growth. Yesterday, the Standing Committee of the National People’s Congress (NPC), China’s rubber-stamp congress, released a statement indicating that the draft of the new Civil Code “will no longer retain the relevant content of family planning,” according to CNN. While the NPC’s statement did not indicate whether the Communist Party will do away with government-mandated birth limits, the move has further added to already mounting speculation that the Chinese Government may soon abolish its two-child policy. The new Civil Code is slated to be completed by 2020.

In recent months, the state-controlled media have been publishing “opinion pieces” about the need to reverse China’s low birth rate.  It wasn’t so long ago that articles in the People’s Daily were urging the masses to stop having children “for the good of the country.” In a remarkable about face, articles are now published encouraging births. An article that recently appeared in the People’s Daily asserted that increasing the birth rate is a matter of national concern, stating “the birth of a baby is not only a matter of the family itself, but is also an event of national importance.” Similarly, a recent article published Xinhua News Agency criticized “young people who are unwilling to bear and raise children,” saying that this shows that “the new pro-natal policies in support of two children families are absolutely necessary.”

Other proposals to create incentives to motivate couples to have children have been proposed. An article that appeared in the Xinhua Daily on August 14 even went so far as to propose a tax on all Chinese citizens under the age of 40 to fund a “maternity fund” that would be used to finance social support payments and benefits to couples who have a second child. Individuals without a second child would be able to withdraw funds from the “maternity fund” only when they retire. The Xinhua Daily piece ignited a firestorm on Chinese social media and even garnered attention abroad as the proposal was criticized as a coercive and was being compared to the steep fines under the one-child policy that were levied on couples who exceeded their government-mandated birth quotas.

“The fact that such an article would be published by a Communist Party mouthpiece like the Xinhua Daily means that these proposals are under active consideration in official circles,” Mosher says.

Mosher cautions that the Chinese Communist Party, which only a short time ago resorted to force and coercion in preventing couples from having more than one or two children, could resort to more coercive measures if their attempts to boost the birth rate are not successful.

“With provincial and local Party committees “mobilizing the masses” to reproduce, can even more coercive measures be far behind?” Mosher says, “The Chinese Communist Party has never acknowledged, much less apologized for, the tens of millions of forced abortions and forced sterilizations that occurred under its one-child policy. And it never will.”

[2] Yichang City is a prefecture-level city.