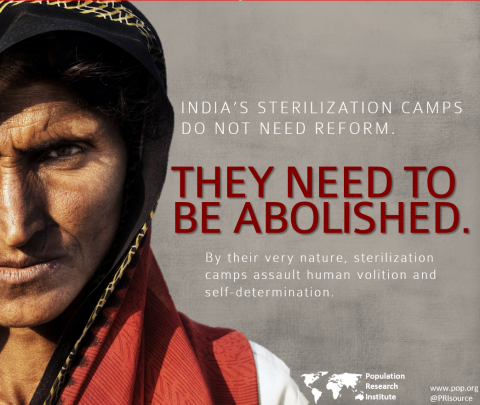 This week marks the 40th anniversary of the beginning of a reign of horror in Indian history. On this day, 40 years ago, India declared a state of emergency and gave the power to rule by decree to the prime minister, Indira Gandhi. During this “emergency period,” the Indian state sterilized eleven million of its citizens. Consent and sanitary conditions were considered superfluous; people were killed, maimed, and violated by the state’s intrusive hand into the most private realm of their lives. Far from bringing the responsible parties to justice and making reparations to those harmed, the Indian state continues to sterilize its own citizens without their informed consent.

During the emergency period, men were the primary victims of the state’s frenzied program to sterilize as many persons as possible. Some districts rounded men up in the middle of the night and sent them to be vasectomized. Some locales withheld employment until men were vasectomized. Other states withheld government aid—food aid and schooling for children—until the father ‘consented’ to undergo a vasectomy. Some districts used group threats to meet sterilization targets: in the state of Madhya Pradesh, the state gave subsidized water prices to villages that met their vasectomy targets.

Throughout the state of emergency, the government sterilized 11 million citizens, men were victimized more often than women. The ratio of vasectomies to female sterilizations was 1:1 in 1975 and 3:1 in 1976.

After the emergency period ended, the Indian people quickly voted Indira Gandhi’s government out of office. The incoming Janata government ceased the sterilization drive but did not dismantle the political machinery responsible for the abuses. The specter of runaway population growth still terrifies India’s elites, and the legacy of the emergency period—population reduction by any means necessary—lives on in modern India.

In India today, the abuses continue, but the focus has shifted to women. The current ratio of male to female sterilizations in India is 1:25.

Inside the sterilization camps, sanitation and informed consent are viewed as dispensable luxuries. The government of India lacks reliable data on sterilization deaths and injuries, but the best estimates available conservatively suggest that three women die every week from sub-human conditions in India’s sterilization camps.

Of the 4 million women sterilized every year in India, 34% say they were not “informed that sterilization was permanent.” The statistics about informed consent improve greatly by educational level and income level. Likewise, women who are educated and have informed consent choose not to be sterilized. In modern India, the people who are funneled into sterilization camps are overwhelmingly female, less educated (often illiterate), and poor. 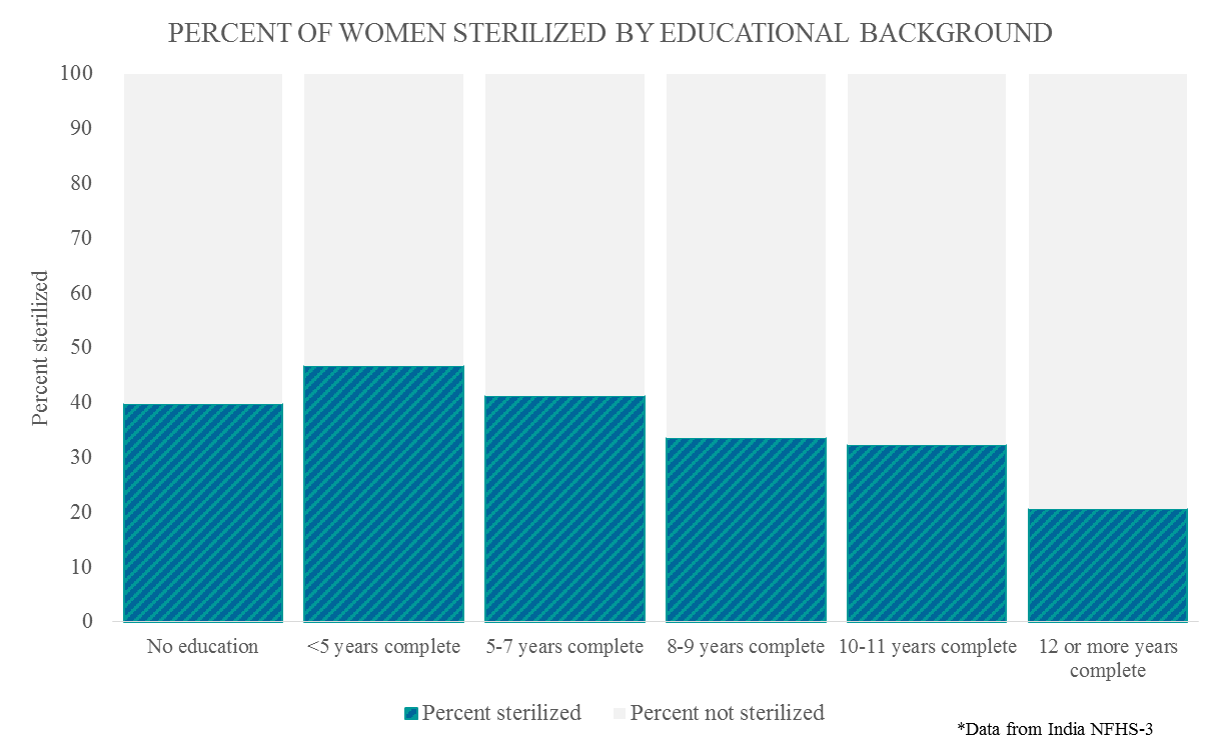 In 1975 and 1976, the emergency period was rightly called a “war on population”. The abuses during the emergency period resulted in men taking to the streets in “family planning riots” to protest their treatment. The government attacked, and the men fought back. In modern India, the sterilization programs are more like a massacre than a war.