We report today on a pro-life victory in Panama, where PRI assisted local pro-lifers in turning back a UNFPA-sponsored attack upon the family. Happy New Year!

Three months ago, a couple from Panama contacted the PRI Latin America office in Lima. Mr. and Mrs. Juan Francisco and Gabriela De la Guardia had heard about the strategic support we gave to pro-lifers in Nicaragua, in an attempt to keep abortion illegal there.

This couple from Panama wanted aid for a different crisis against the family. A bill was in the works there that would strike at the heart of parental rights in Panama. After 9 weeks working with Panamanian pro-lifers from my office in Lima, Peru, I was finally able to travel to Panama City to meet a multidisciplinary group of pro-life professionals. Truth be told, in all my pro-life work around the world, I believe that this experience was the best I have ever had. I learned a lot from the courage, attitude and faith of our friends, these valiant pro-lifers from Panama.

As always, the bill was deceptively titled: Protection of Childhood and Adolescence. The bill was written by the Minister of Social Development, María del Carmen Roquebert, but it had the complete support of the current Administration in the person of the President’s wife, Vivian Fernández de Torrijos. On the First Lady’s official website, she asserted that this Law would be necessary to prosecute adults who abuse children. She mentioned sexual abuse, drug trafficking and child labor as issues that needed to be addressed.

More importantly, however, she denied that the bill would in any way undermine the authority of the parents. "Not the Administration of my husband, Martin Torrijos, nor myself as a mother of three children, would be eager to support a bill against parents and the authority they must have," Mrs. Torrijos stated.

A perusal of the bill shows this statement, however, to be empty political posturing. 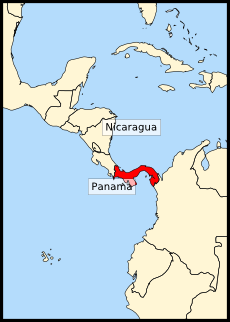 After Nicaragua, the next Latin American target of the population controllers was Panama

A legal analysis of the bill done by Dr. Janet Ramos, Executive Director of the Legal Committee of Alliance for the Family, showed that it contains language that restricts parental rights in favor of direct action of the State toward children. The reasoning is not complicated, Dr. Ramos explained. They simply quote a few cases of abusive parents in order to call into question the very idea of parental guidance, and to legitimize a major role of the State in that field. As soon as the State is legally involved in this way, completely replacing the parents is dangerously close.

The text of the bill stated that Panama’s children have the right to absolute privacy. The language, however, does not mention the role of parents or the respect for the familial environment in which children live. This approach would exclude parents from the decisions of their own sons or daughters. Simply put, children would now be exposed to any influence without having recourse to parental guidance or care. In this way, the State would relieve parents of their duties and influence children by way of "educational" programs at schools or at health public centers. It is here that the bill’s true agenda comes to light.

Since UNFPA and UNICEF are behind the scenes supporting this bill, the major thrust of the bill is "reproductive health services" and sex education. According to pro-lifers in Panama, the current administration in Panama is under great pressure to submit because of $4.5 million received from UNFPA and $2.2 million aimed toward "reproductive health" programs. As stated on the UNFPA’s own website, one of the goals of this funding was to get laws passed regarding reproductive health matters. The concept of giving funds to a country for the primary purpose of strong-arming its own internal laws may seem outrageous, but it is becoming steadily more and more common, as elitist organizations outside Latin America put pressure on countries like Panama to change their own laws to conform with these agendas.

We scheduled 12 hours of strategic training sessions on Life and Family issues among 5 days of intense pro-life activity. The enthusiasm of Panama’s pro-life team was unparalleled. PRI’s goal in this country was to set up practical pro-life strategies, using the current crisis as the framework for sustained, collaborative pro-life work.

We wanted not simply to give the pro-lifers a fish, or even just teach them to fish. The object of this trip was to invite more people to learn to fish together.

We reviewed some of the concepts and strategies developed over the last 4 years from working with PRI’s Steven Mosher. Our training sessions, rich in case-studies, used similar crises throughout Latin America to contextualize what was happening now in Panama, what we could do immediately, and what we could manage in the short term.

The bill is now in the Panamanian legislature, where it falls headlong into the typical end-of-the-year rush. It would be ideal for the pro-choicers to pass this bill before December 31, since in February 2008, the parliament will experience its staff turnover, and attitudes of current deputies will change radically. The next legislature will begin in March 2008, so timing was key for both sides.

Our friends in Panama learned their lessons well. They effectively stalled the bill. Pro-life speakers publicly denounced it in the mass media, calling to light the fact that Minister Roquebert wanted to pass the bill without any discussion. They censured her "dictatorial attitude," which they saw as being part of Panama’s "nasty past ". The Minister of Social Development was isolated as the only proponent of an unpopular initiative. The criticism against the Minister increased until she was finally obliged to delay the debate until January.

The end result? The threat has been controlled, effectively postponing the entire situation until March 2008. Since the legislature will have turned over by then, the pro-aborts will have a much tougher time breaking through the people’s resistance to passing this bill. The people are equipped to continue their pressure on this and other issues now that the Panamanian team of ardent pro-lifers are more organized, more experienced, and more ready to deal with similar threats advanced in the future.