Philippines: “No” to Population Control, “Yes” to Authentic Development—Part II

Philippines president Rodrigo Duterte has vowed to “champion contraception…to reduce poverty by 25 percent in six years.” “I only want three children for every family,” he stated publicly, “I’m a Christian, but I’m a realist so we have to do something with our overpopulation.” Having promoted, as former mayor of Davao, sexual “education,” free contraception and free access to tubal ligation, Duterte now says that “a more aggressive approach” is necessary because “our resources cannot meet the demand.”

This article is the second installment of a two-part series. To read Part I, click here.

How can anybody believe that innocent unborn babies are a menace to the economy and the environment? Is pregnancy is an epidemic disease which requires the “medicine” of pharmaceutic contraception and surgical abortion, paid by a “health” system?

Antinatalism and its daughter ‘overpopulation’ are ideologies foreign to the baby-friendly Filipino culture and shows why “cultural colonialism” is the global enemy #1. As with all ideologies, this idea is false, un-scientific and detached from the reality of human nature.

Over -population means under-nourished, under-educated and under-treated population—a contradiction in terms. It is people who produce supply and generate demand and growth. What is the value of the urban land of a ghost town? Practically nothing. Poverty is not caused by excess of working minds and arms but by an unfair system that ruins human capital potential, treats people like garbage and then complains about those “parasites” that consume resources without producing enough. Human capital was the key to post-war recovery of Germany and Japan. Human capital is the real wealth of nations.

The Philippine Statistics Authority’s “2000 Family Planning Survey” (FPS) found that “married women with three children have the highest [Contraceptive Prevalence Rate] (57.9%), followed closely by those with four children (57.6%). As expected, childless women have the lowest (3.9 %).”

Percent of Women Using a Contraceptive Method, Philippines: 2000i 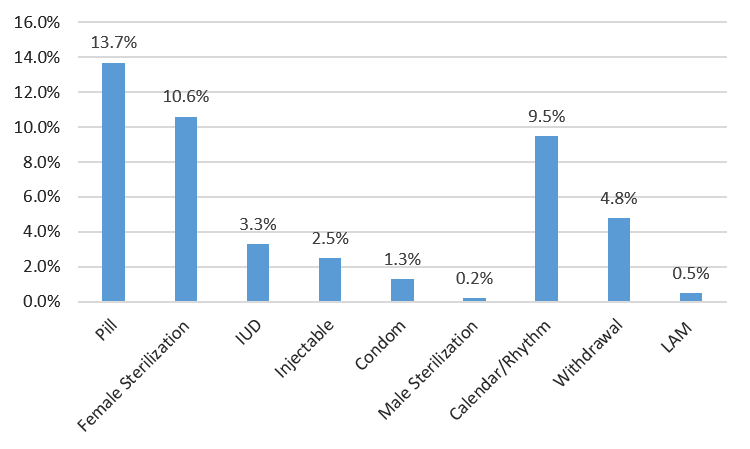 A 3-child policy would reduce fertility even more dramatically because it would imply the application of aggressive promotion of contraception and surgical abortion to the nearly two-thirds of married women who do not use contraception.

A fertility ratio of 3 doesn’t mean that each woman will have 3 children along her life. It is a ratio, which includes women who have zero, one or two kids. Those are compensated by the ones who have more. A bonus per tubal ligation to prevent a fourth child, even if 58% of women with 3 or more children are currently using contraception, will dramatically impact on the TFR. A tax, fine, or loss of benefits would be unfair because all contraceptives have chances of failing.ii

At least 1 in 14 condom users are likely having zero “protection” against STIs. All contraceptives, even tubal ligation, have unacceptable real-world failure rates which are hidden to women under the false notion of “safe sex,” now reluctantly acknowledged as “safer sex.” This leads to irresponsible sexual relations which result in “unexpected” pregnancies which either end with surgical abortion or deprive children of being raised in an environment with loving, married parents. Even with legal abortion, this leads to an epidemic of unwanted children born as the result of failed contraception. In 2008, 2 out of 5 births in the Philippines were illegitimate and they increased 13%. iii 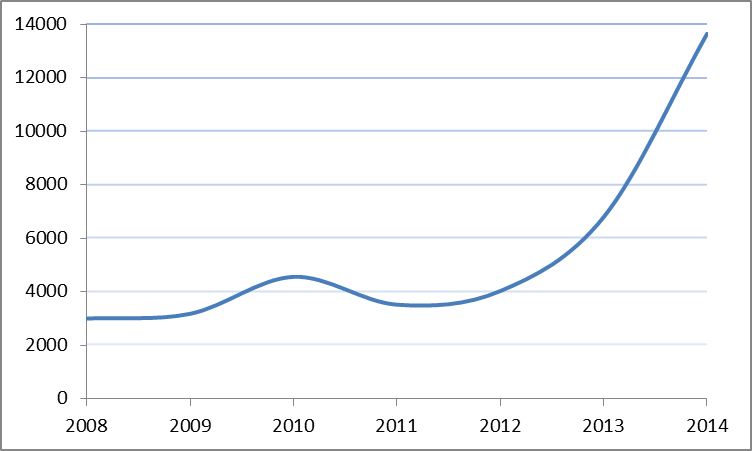 Violence against Women by Type of Crime

Artificial contraception is also related to divorce because it reduces women’s sexual desire and emotional connection.

After unemployment, lack of marriage of biological parents is the first cause ofpoverty and malnutrition.iv Children of single or divorced mothers experienceproblems related to academic achievement, work, crime, and physical and psychological health.

Because women rely on the myth of “safe sex,” they end up accepting cohabitation without marriage. The increase of cohabitation goes hand in hand with a nearly 40% decrease since 2003 in the number of registered marriages in the Philippines, and with the harmful effects to children’s development. 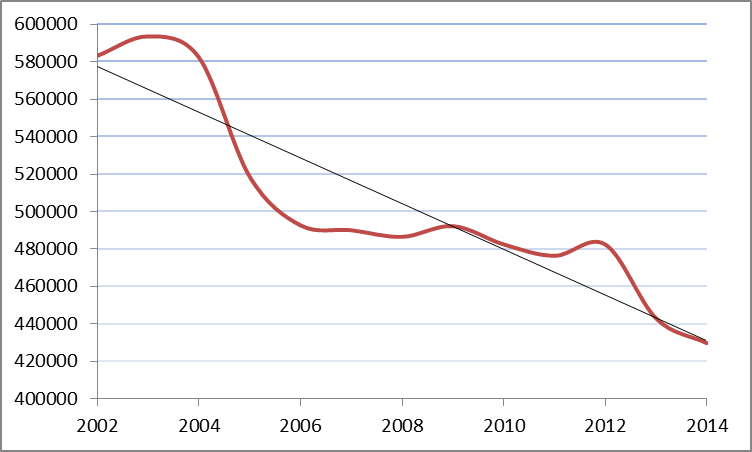 Note: the decline is even greater if we consider marriages per women in reproductive age.

Artificial contraception impacts fecundity, by causing chronic infertility and by delaying the age of marriage:

Age at marriage by percentage for brides and grooms, Philippines: 2007 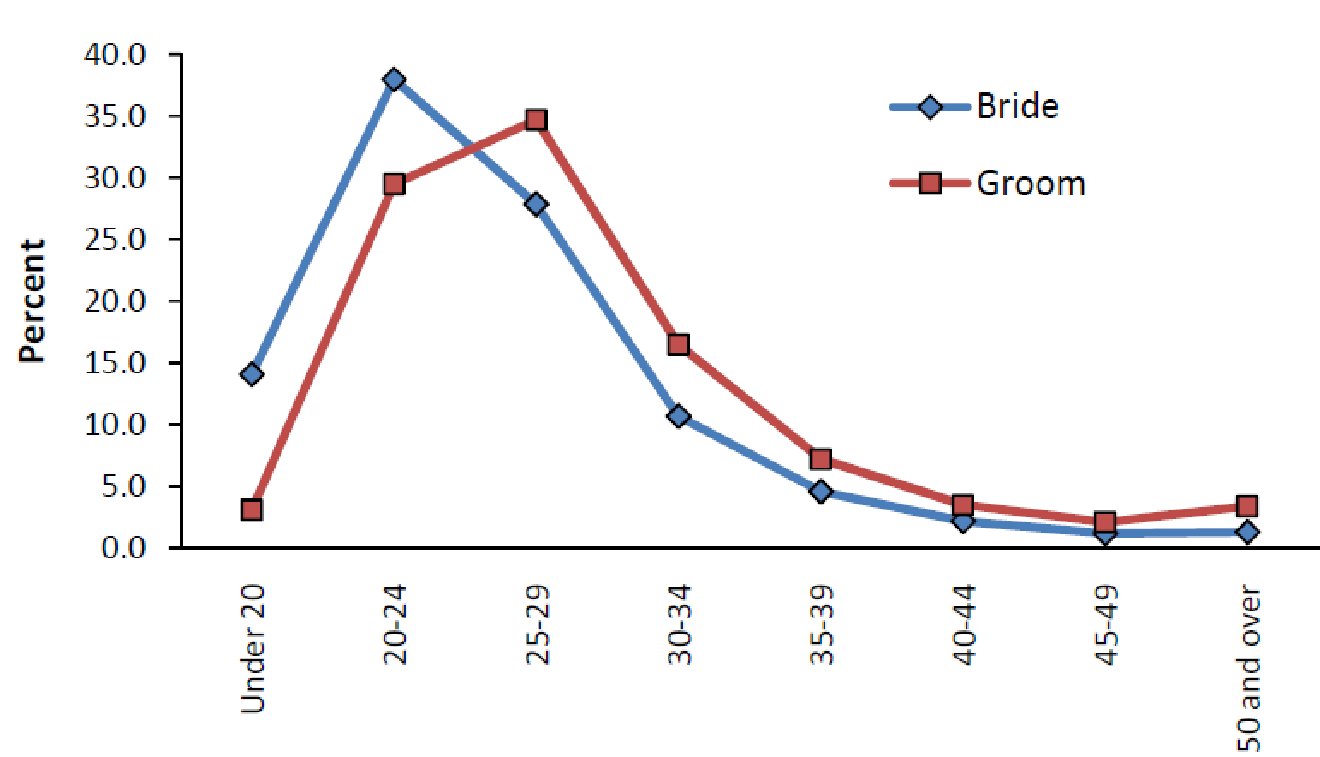 Number and Percentage of Marriages by Ceremony Type, 2006-2007

The world is horrified with 200 million women have suffered from Female Genital Mutilation, but it is not willing to recognize an even worse abuse which is legal and affects more women: tubal ligation. Women are systematically denied the right to informed consent on the risks associated with permanent sterilization: infection, septicemia, dysfunctional uterine bleeding,v and even death.

With the exception of barrier devices without spermicides, all ‘contraceptives’ are in fact, either indirectly abortifacient (when they fail to prevent conception, e.g. the pill) or directly abortive (IUD).

One way or the other, artificial contraceptives lead to abortion and should be called pro-abortives and pro-diseasers, since they can’t prevent any sexual disease but promote risky sex, that is, all sex outside a lifelong loving relationship between healthy, faithful men and women.vi

Abortion could have dramatic lifelong effects on women’s health, including chronic diseases and death. Also, infertility is caused by artificial contraception, surgical abortion and sexual diseases.

Epidemiologically, each sexual relationship is like having sex with all the previous partners of your partner, and their previous partners, harvesting all their ‘bugs’ that managed to move on from one body to the next. There are over thirty types of sexual diseases and many are deadly (HIV, HPV), untraceable, asymptomatic or untreatable (e.g. there is no cure for antibiotic resistant Syphilis).

Many die from sexual diseases without knowing the real cause of their illnesses, illnesses like drug-resistant septicemia, heart attack, and cancer (prostate, throat, breast, ovarian, cervicalix). Statistics that show the burden of disease ignore the proven causalities. There are over 1 billion of people in the world infected with STIs but no one is sounding the alarm. Only two things are capable of stopping the pandemic: abstinence and real natural marriage (heterosexual, lifelong, faithful, and open to life).

Modern Natural Family Planning has a real-life failure rate lower than any other artificial contraceptive and with zero side effects. Also, it teaches men self-control and the need to respect the women’s needs, desires, bodies, and cycles and it foments dialogue and reduces the probability of divorce (compared to contraceptive couples).

It is interesting to note that for decades, even with growing GDP per capita, many countries like the United States had sub-replacement TFR before use of artificial contraception became widespread, using abstinence and less reliable natural methods, among others.

The following conclusions don’t come from religious beliefs but from natural law, science, and reason.

The people of the Philippines need Duterte to tackle rampant corruption, polarized income distribution, and to invest in the rural areas with infrastructure (roads, electricity, internet), health services and education (including homeschooling or parent co-ops). But it is even more important to support abstinence, real marriage and science-backed sexual education that teaches couples to cherish one another and their children (instead of “assisted-fornication” courses).

In former days, children were sacrificed to pagan gods/demons. Now, everything must be sacrificed to the god of fornication, “women and children first,” truth and science, second.

Duterte’s ‘war on poverty’ is actually a ‘war on women and children.’ Population control violates basic human rights like the right to life or the right to informed consent and ends up lowering productivity and increasing poverty and government expenditures on an increasingly unhealthy and unhappy population.

The culture of life promotes life. The un-culture of death spreads death. Contraception is like a virus which causes the suicide of a nation: a democide. Artificial contraception is a human pesticide used to kill the poor but aggravates the problem by producing more poverty and violence, without correcting the injustices endemic to the system.

Professor Federico A. Nazar is a researcher and writer specialized in bioethics and global health, who received the “Natural Family Award” by the World Congress of Families . He was keynote speaker at several conferences, taught ethics for over a decade at a Pontifical Catholic University and developed the first natural-law and science-backed certification programs (Human rights, Pro-life, Pro-family, Morally Responsible Organization, Socially Responsible Organization) for individuals, organizations, corporations and governments. Happily married, with his wife, they are proud parents of 7 children (possibly more). Can be contacted at [email protected]

ii There is a need to develop another statistic overlooked by policy makers: workforce replacement, which would include the impact on labor availability and productivity, of current trends in family deconstruction, violence, disabilities, mental health, etc. Imagine the extreme case that after a war, the working population is left totally disabled. Imagine if all the newborns are disabled: even if births would increase, there wouldn’t be enough replacement workers when they grow up. For instance, constant malnourishment, especially before age two, causes permanent brain damage: a malnourished kid will be an underperforming worker (compared to the full potential).Some simplified variables: people receiving treatment and/or government help over workforce; employed (paid and unpaid) plus unemployed (people seeking employment) over workforce. Workdays lost to behavior-related diseases such as artificial contraception (stroke, cancer, heart, etc.), sexual diseases (cancer), alcoholism, drug addiction, and problems such as violence: 261 days equal one less worker.

The disabled have fewer kids: could this be another Machiavellian population control policy? Farfetched? We already have the precedents of women not being warned about the probable permanent infertility caused by sexual diseases and artificial contraception; about population control vaccination in campaigns of ministries of health and about the chronic infertility caused by the HPV vaccine ( American College of Pediatricians ).

vi An over-confidence effect is also created by advertising of HPV vaccination without clarifying that they might protect against only 2 strains of the 30 and that the pap test is still needed. Due to the high rate of serious adverse events (including permanent disabilities), these vaccines have been taken out of schedule in Japan, India and Peru. The American College of Pediatricians warned about Gardasil connection to infertility.