Mr. President, it’s time to put divisive issues aside and put the Reagan coalition back together.

President George W. Bush has done much good for the pro-life movement.  His judicial appointments, especially to the Supreme Court, have strengthened the cause of Life.  He has made good on his promises to veto anti-life legislation, and we have no doubt that he will continue to do so.  Bush generally listens when strong pro-life leaders like Representative Chris Smith and Senator Sam Brownback speak.  There is no question but that Bush is fairly conservative where matters of traditional morality are concerned.

At the same time, as time runs out on his presidency, we ask the question:  Has Bush done all that could be expected for the cause of Life?

Ronald Reagan, to whom all modern presidents are compared, had the ability to galvanize people.  The “great communicator” forged what became known as the “Reagan Coalition”–an alliance of traditional-minded Republicans and Democrats, who were united in part by the cause of Life.  This coalition has now splintered on the issues of war, immigration, and the proper role of government.  The Life issues have been the big losers. 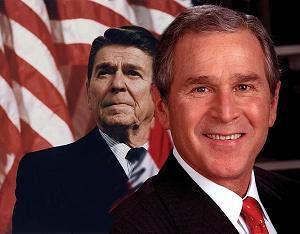 Has Bush held true to the principles

of the conservative movement?

When the terrorist attack of 9/11 shook the nation and the world, Bush responded swiftly and firmly in Afghanistan.  We in the U.S. were united, even across party lines and philosophical differences, in our effort to fight terrorism.  Bush’s approval ratings were sky-high when he decided, with the support of the Congress, to go into Iraq.

This action has been more costly, protracted, and divisive than any other undertaken by Bush in his six years as president.  With wide international disapproval, lack of clearly stated goals or timelines, and continued condemnation by religious leaders, the war has come to define the Bush presidency.  The rest, as they say, is history.

Regardless of how one now views the war, which has gone on longer than World War II, the fact is that it has distracted the nation from its principal duty, namely, to protect the lives of all Americans, both born and unborn.  The strong conservative unity that Bush could draw on for his 2001 electoral victory is gone.  More importantly for our cause, the pro-life majorities that once reigned in the House and the Senate have vanished.  We are now fighting a rearguard action against the efforts of the pro-abortion majority to roll back pro-life gains made under President Reagan twenty years ago.

The immigration issue has also divided social conservatives.  The immigration bill was so divisive that it has now died in a Democrat-controlled Congress after being opposed by most of the members of Bush’s own party.  Most Americans, including most social conservatives, simply want to see the borders secured and existing laws enforced.  Once this happens we can then decide, without the pressure of illegal immigration, what to do about those who are already here. 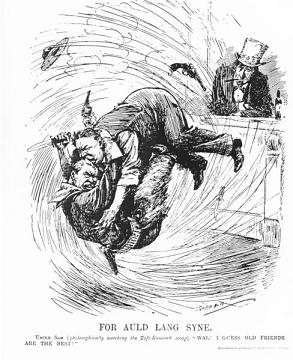 The Republican Party is once again in danger of tearing itself apart, this time over the issue of abortion.

My point is not to criticize Bush’s immigration policy, but to point out that this struggle too has divided social conservatives, who are strongly law-abiding.

The New York Times, which is unremittingly hostile to our cause, is of course delighted by this turn of events.  One could almost hear the snickers as they editorialized: “President Bush’s advocacy of an immigration overhaul and his attacks on critics of the plan are provoking an unusually intense backlash from conservatives who form the bulwark of his remaining support, splintering his base and laying bare divisions within a party whose unity has been the envy of Democrats.”  Even Peggy Noonan, a staunch Catholic, pro-life conservative, has called it quits with Bush, writing in the pages of the Wall Street Journal that: “what conservatives and Republicans must recognize is that the White House has broken with them.”

Lest I be viewed as making partisan statements, let me say that Republican Party is not the panacea for all of America’s ills.  At the same time, it is the only major political party that has a strong pro-life “plank” written into its platform, put there by Ronald Reagan and pro-life activists back in 1980.

Bush has not been as strong an advocate of Life as President Reagan, however. The Republican Party’s official platform states that: “the unborn child has a fundamental individual right to life which cannot be infringed . . . We oppose using public revenues for abortion and will not fund organizations which advocate it.”  By way of contrast, Bush stated during his presidential debate with Al Gore that: “I’ve set the goal that every child born and unborn ought to be protected.  But I recognize [that many] people don’t necessarily agree with the goal. People appreciate somebody who sets a tone, a tone that values life, but recognizes that people disagree.”  Even that limited goal, however, has not been achieved in our view.  Bush has not used the bully pulpit effectively to try and change hearts and minds on this issue.  He has been too busy using it to defend his policies in Iraq and on immigration.

Although Bush has done some good for the pro-life cause, we go into the next election cycle with the pro-life, pro-family base of the Republican Party demoralized and confused by the President’s policies.  The coalition must be put back together, and quickly, if we are to advance the cause of Life to its necessary conclusion:  The protection of every human life from conception to natural death.