Think the worst offender against life is IPPF? The innocuously named International Products Assistance Services, or Ipas for short, is giving the abortion giant a run for its money. 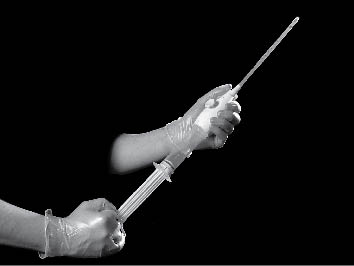 Ipas began life in 1973 as a one-trick pony. It was spun off of the Carolina Population Center at the University of North Carolina, Capel Hill, to manufacture, distribute and promote a single deadly device, a manually operated suction abortion device called a Manual Vacuum Aspirator, or MVA for short. But it has battened on foundation grants over the years, and now operates in dozens of countries around the globe where it makes no bones about working to undermine pro-life laws and encourage abortions. “Every woman has a right … to safe abortion care,” it proclaims on its website, every page of which pounds home its radical commitment to abortion über alles.

So what has Ipas been up to lately?

In Brazil Ipas claims that “coerced pregnancy and forced motherhood” are major social problems. Its solution for both is, of course, abortion. Since Brazil is a largely Catholic country, in which abortion is only permitted in cases of rape, incest, or life of the mother, Ipas exaggerates the level of sexual violence in order to justify as many abortions as possible. It also brags that, when a 9-year-old girl became pregnant with twins in 2009, it was Ipas trainers who performed the abortion. This unnecessary abortion—the girl’s life was in no danger—only added more tragedy to an already tragic situation which Ipas sought to play to its advantage.

In Uruguay, where abortion is illegal, Ipas has done an end run around the law by promoting the use of the abortifacient drug, misoprostol. The first step was to make misoprostol approved for gynecological purposes and widely available in pharmacies. The next step was to launch covert campaigns to encourage women in crisis pregnancies to use misoprostol to start an abortion. Once the woman begins to hemorrhage, she is told to go to an Ipas clinic or government hospital and report that she is miscarrying. Under a “post-abortion care” protocol implemented by USAID, and approved by the Uruguayan Ministry of Health, she is then given a D&C to complete the abortion with no questions asked, and no other health conditions evaluated.

Ipas follows the very same model in it’s crusade to impose abortion on other Latin American countries, including Argentina, Ecuador, and El Salvador. Misoprostol is being popularized, and “post-abortion care” protocols are being implemented. Under this protocol the end result will be, as in Uruguay, that every abortion is a “therapeutic abortion” because a woman hemorrhaging is always at risk. Abortion will remain illegal but the practice will be common anyway, thanks to Ipas’ relentless promotion of such “reproductive health services.”

In Bolivia, too, Ipas has recently been successful in expanding the number of abortions. It claims that its efforts have led to the “approval of misoprostol for all ob-gyn indications, including abortion; enforcement of a long-ignored legal provision permitting abortion in cases of rape; and, most importantly, a request to Ipas from the government drafting committee to propose language in the new penal code to liberalize the existing abortion law.”

Ipas promotes its radical, pro-abortion agenda on other continents as well, most notably in Africa. It takes partial credit for the passage of Kenya’s new pro-abortion constitution, trumpeting that “By adding a ‘health’ indication for abortion, the language in the constitution allows for greatly expanded access to safe [abortion] services.” During the debate over the constitution, the Catholic Church and other pro-life advocates asserted that the new constitution would lead to abortion-on-demand, only to be accused of lying. Now that the constitution has been approved, Ipas pledges to work with Ministry of Health officials in Kenya to “ensure that the new language [allowing abortion for health reasons], is implemented, despite efforts by the anti-choice movement to have it removed.”

In Africa’s most populous country, Nigeria, Ipas is engaged in “coalition building” to overturn pro-life restrictions on abortion. A so-called ”women’s rights” bill has been written that includes language allowing abortion and which has been introduced on the national level and in the legislatures of 12 Nigerian states. Ipas is also lobbying medical students to support abortion legalization, “resulting in a call for abortion law reform from their association.”

Another Ipas initiative involves setting up abortion hotlines in countries where abortion is illegal, including Peru, Chile, Ecuador, and Argentina. In Argentina, for example, Ipas thumbs its nose at pro-life laws by “support[ing] a partner organization in Argentina to operate a hotline that provided more than 3,000 callers with accurate information on abortion. Because of this effort, the organization also established a network of doctors and hospitals where women can be referred for safe services.”

In all of these efforts Ipas does not, of course, go unchallenged. PRI is fighting these illegal pro-abortion hotlines in Ecuador and Peru, for example, and is assisting the Church in other countries in its efforts to protect innocent human life.