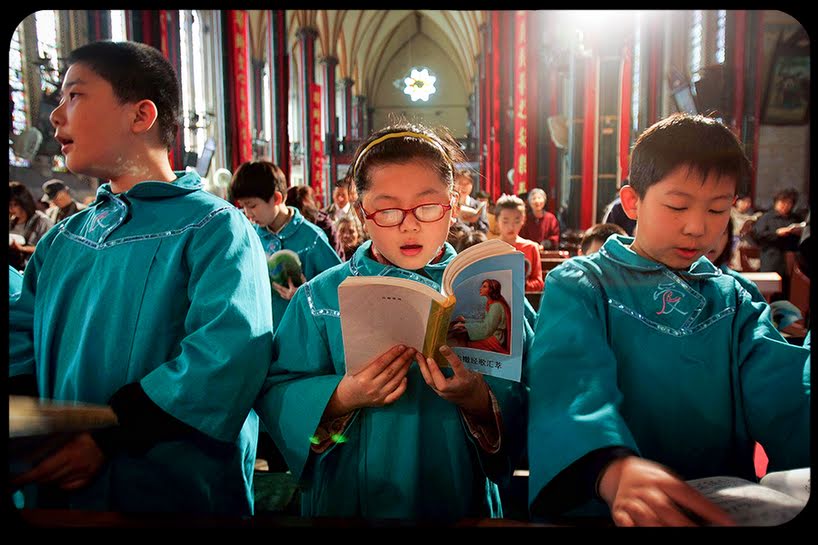 Why the Crackdown? Christians Now Outnumber Communists in China

Churches are overflowing, and communist leaders are furious.

China’s Communist government has been on an anti-Christian rampage of late, tearing down churches in the coastal city of Wenzhou and elsewhere, arresting underground bishops and home church leaders, and illicitly ordaining pliant priests as Catholic “bishops.” But underneath this escalating campaign of repression—in fact, the reason for it—is a rapidly growing population of Christians.

There are now an estimated 100 million plus Christians in the world’s most populous country, with Catholics alone accounting for about 12 million of this number. Many of these are new converts who, eager to fulfill the Great Commission, are busy evangelizing their fellow Chinese citizens. The Chinese Communist Party has been doing some recruiting of its own in recent years, opening its ranks to intellectuals, business owners, and other previously suspect classes—even capitalists! Still, the 86.7 million formal members of this decaying “faith”—most of whom are Communists in name only—are now outnumbered by a growing and vibrant Chinese Christianity.

For China’s leaders, who vastly prefer that the Chinese people believe there is no god but the Party (and remember: they are the Party), this is an intolerable situation. This latest wave of persecution is their answer. The good news is that Catholicism in China is on the rise nonetheless.

Let me share with you the many hopeful faces of the Catholic faith that I saw on a recent trip to China.

One is the face of a Catholic priest, serving as the pastor of a large parish near a major Chinese city, who is determined to save souls. As we sat in his office, he unrolled a drawing of a huge statue of Jesus. He intends to have it built in secret and then erected overnight on a pedestal overlooking the freeway that runs near his church. “How are you going to get permission from the authorities?” I said. “It’s Church land,” he said firmly, “I don’t need permission.”

There were no churches being torn down in the North China provinces I visited, but there were certainly churches being built. The thousands of churches that were torn down or confiscated on Party orders during the fifties and sixties have nearly all been rebuilt or refurbished, often with foreign donations. This includes the parish church at Dongergou in Shanxi province that I visited, where Masses have been held continuously for more than 220 years.

I remember the faces of those who attended daily Mass there. They arrived a half an hour early and spent the time chanting prayers in classical Chinese composed hundreds of years ago. By the time the Mass began, the church was full.

Many new churches have been built as well, sometimes with official permission, sometimes without. This is an area where the laity often takes the initiative. In one village, the parishioners—many of them new converts—were holding prayer meetings and occasional Masses, when a priest was able to be present, in an abandoned stable. I left them a check to help with the construction of a new church.

I remember the faces of 50 pairs of lay evangelists from one parish who, filled with zeal, traveled by motorbike every Sunday morning to evangelize neighboring communities. They had attended Mass in their parish church the night before, and then on Sunday morning, after a blessing by the local priest, were on their way to villages ten, twenty, and even thirty miles away to preach the Gospel. They gathered with those curious about the Catholic faith in people’s homes to read the bible and pray. Some of these groups of new believers were already too large to meet in someone’s home. When the local government denied them permission to build a church, they build a “social hall” instead. A church by any other name is still a church, after all, as long as it is properly consecrated.

Walking the streets of China, one sees a lot of people wearing crosses these days. If you ask them, they will say that they are Christians, even though they turn out to actually know almost nothing about the faith. You become a member of a house church by going once. You become a Christian by reading of the Gospel of Mark and saying a prayer to accept Jesus as your Lord and Savior. These are important steps, to be sure. But the reason why the number of Protestants in China is growing far faster than the number of Catholics is that the Church demands so much more of its members.

I remember the radiant faces of the 26 children who received their First Holy Communion in the Cathedral of the Immaculate Conception in Taiyuan. They had all received several months of instruction, had memorized their prayers, and understood the significance of the Eucharist. I was happy to see that the numbers of boys and girls were roughly equal, unusual in China where so many unborn baby girls are victims of the one-child policy leaving boys in the majority.

Several Catholic bishops are under house arrest for rejecting the authority of the Chinese Patriotic Catholic Association (PCA), a front organization set up by the Chinese Communist Party to monitor and control Catholics. These include the Bishop of Shanghai, the Right Reverend Thaddeus Ma, who has been under house arrest at the Sheshan seminary for over two years. Bishop Ma used his ordination mass to announce that he was resigning from the PCA. His announcement was greeted by the 1,000 member congregation with thunderous applause, which is not surprising given how much the Catholic faithful despise that organization.

I remember the face of a young priest, whom we will call Joseph, who was planning on going to Rome to study bioethics. The government still believes that he is a seminarian, he told me. In fact he has already been ordained by an underground bishop, but he is keeping it secret. “As soon as a good Patriotic bishop comes to my city, I will be ordained by him,” he told me. “So that the Party will recognize me as a priest, not just a seminarian. It has its advantages.” What Joseph means by a “good Patriotic bishop” is a bishop who is recognized by both Rome and Beijing. There are some, such as the current Archbishop of Beijing Joseph Li Shan.

China’s conversion to Christianity has been a long time in coming. The Nestorian Christians reached China in the seventh century, but made few converts. The Jesuits arrived in the sixteenth century, nourishing the hope that, if they could convert the emperor, China’s millions would follow. The great Jesuit Matteo Ricci impressed the Ming emperor Wanli, who gifted the Church the land on which the North Cathedral in Beijing now stands. And one of Father Ricci’s successors came very close to converting the Qing Emperor Shunzhi, who attended some 24 masses in that same church. The history of the world would be very different is they had succeeded.

Today, four centuries later, the Holy Spirit is once again moving in a very powerful way in this ancient land, awakening the hearts and minds of the Chinese people to God’s love and forgiveness.

The human face of that love and forgiveness can be seen in the east nave of the South Cathedral, where hangs a beautiful portrait of the Madonna and child. She wears the garb of a Manchu empress, while the Infant Jesus is dressed as the Manchu crown prince, the prince who will one day reign over all of China. Oremus.

Steven W. Mosher is the President of the Population Research Institute and the author of Population Control: Real Costs, Illusory Benefits. Article originally published on Aleteia.org, image by Elizabeth Dalziel.