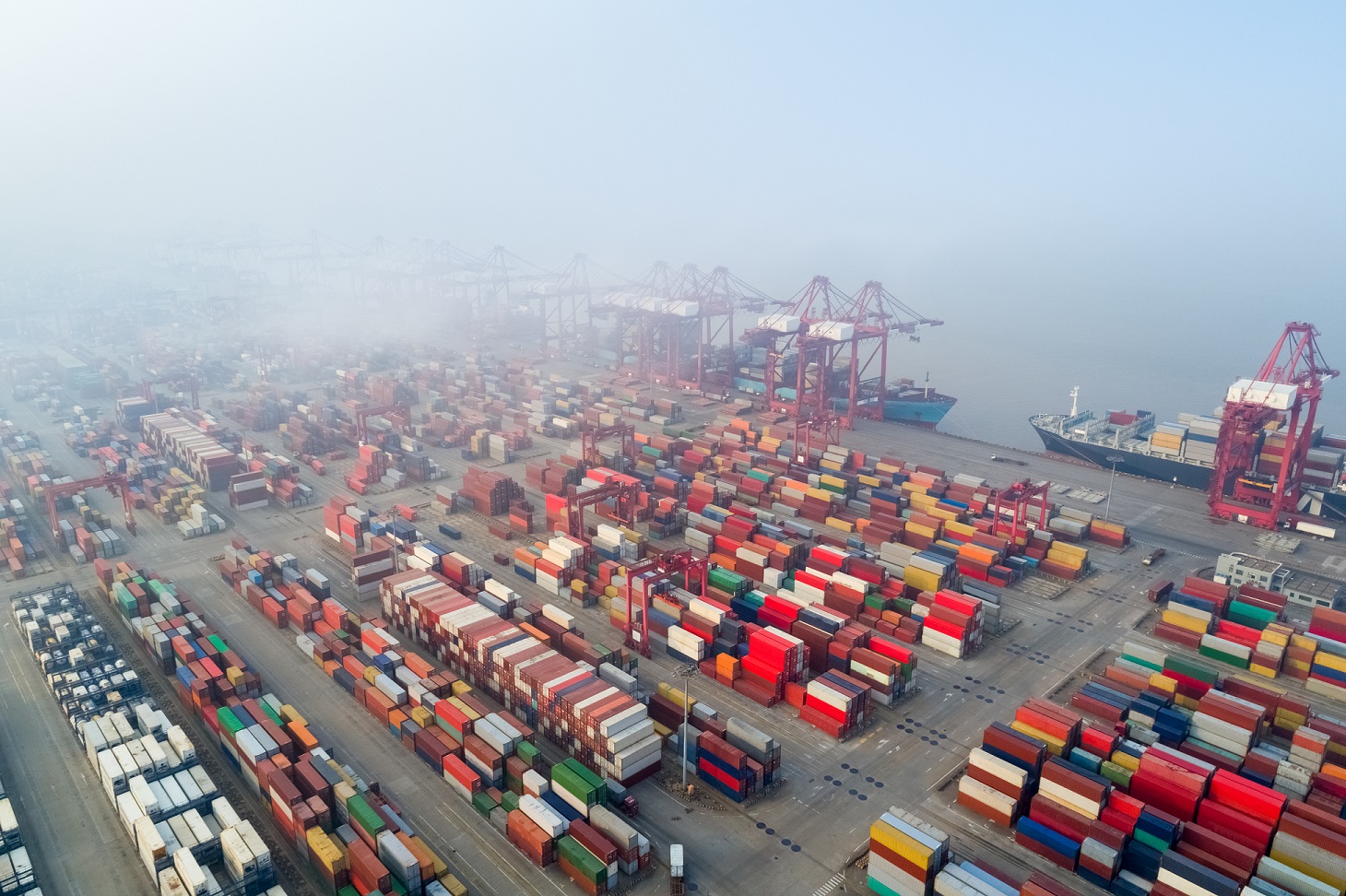 China refused Saturday to accept a Trump administration demand that it buy an extra $200 billion in U.S. goods and services each year by 2020, but agreed to “significantly increase” purchases from America by an unspecified amount. This progress prompted the U.S. to suspend plans to slap billions of dollars in new tariffs on Chinese products, Treasury Secretary Steve Mnuchin said on “Fox News Sunday.”

“We have made very meaningful progress, and we agreed on a framework,” Mnuchin said Sunday. “We’re putting the trade war on hold” while additional trade talks move forward.

Mnuchin said that under the framework, China said it would increase purchases from the U.S., lower barriers to U.S. companies selling products in China, and accept new protections for American technology.

Mnuchin was the lead negotiator for the U.S. in two days of trade talks with China held in Washington on Friday and Saturday.

President Trump has complained that the big trade surplus China runs with the U.S. – amounting to $337 billion last year – is the result of unfair tariffs and other barriers Chinese leaders have erected to make it impossible for U.S. products to compete on a level playing field in China.

Communist Party leaders know that their only hope of transforming China into a high-tech “manufacturing superpower” by 2025 lies in getting their hands on as much Western technology as possible. To this end, China continues to engage in unprecedented levels of cyberespionage.

If China actually carries out its new commitment to cut its trade surplus with the U.S. significantly, that would be welcome news. But we’d be wise to wait and see if it translates its words into actions. China has broken promises and cheated on trade deals in the past, and there are many indications it will do so again.

U.S. trade negotiators see trade as a friendly contest between competing companies, overseen by national governments that have agreed to rules of fair conduct. Once this level playing field has been established, the government steps back and lets the best companies and products win.

Unfortunately, China has zero interest in free, fair and reciprocal trade. It sees international economic competition as war by other means – and intends to win in any way it can.

President Trump’s tough stance on trade brought China’s top economic official to the White House and set the agenda for the trade talks that concluded Saturday.

But while Chinese Vice Premier Liu He has said his nation will make some unspecified moves to cut its trade surplus with the U.S., he has refused to even consider an end to China’s high-tech subsidies.

In fact, Liu wants the U.S. to promise not to impose additional restrictions on the transfer of American technology to China. He also wants to end crippling economic sanctions that America has placed on the giant Chinese telecommunications company ZTE.

President Trump tweeted last week – in a move welcomed by China: “President Xi of China, and I, are working together to give massive Chinese phone company, ZTE, a way to get back into business, fast. Too many jobs in China lost. Commerce Department has been instructed to get it done!”

ZTE has sold telecommunications components to Iran and North Korea, in violation of U.S. economic sanctions on those countries. This prompted the Commerce Department to slap heavy sanctions on the Chinese company in April that forced the company to end its operations in the U.S.

In addition, members of Congress and national security officials in the Trump administration have expressed concerns that ZTE cell phones could be used to spy on Americans and that the company has stolen intellectual property in the U.S. on behalf of the Chinese government.

But despite President Trump’s effort to be conciliatory on ZTE and apparent concessions by Chinese trade negotiators, China will go only so far and will never stop subsidizing its high-tech industries that are part of its “Made in China 2025” plan.

Getting China to commit to reduce its trade surplus is only half the battle. China’s predatory “investments” in American high-tech firms must also be reined in.

The Communist Party’s plan, announced in 2015, is designed to enable China to dominate global high-tech manufacturing in 10 tech-related sectors seven years from now. Most of these sectors – such as information technology, robotics, and aircraft – have clear military applications.

Communist Party leaders know that their only hope of transforming China into a high-tech “manufacturing superpower” by 2025 lies in getting their hands on as much Western technology as possible. To this end, China continues to engage in unprecedented levels of cyberespionage.

In recent years, however, the Chinese regime has increasingly resorted to another tactic as well. It has provided its own high-tech firms with tens of billions of dollars in financing to acquire an interest in, or buy outright, foreign companies with cutting-edge technologies. Once the new Chinese partners are in the door, they promptly steal the foreign company’s technology and use it to jumpstart their own.

In 2016 alone, according to the Taiwan-based Chung-Hua Institution for Economic Research, Chinese firms invested over $26 billion in foreign IT firms. There is little doubt that the information technology and software developed by those firms in years past immediately found its way back to China on flash drives.

The most likely outcome of American demands that China’s leaders cease subsidizing the poaching of American technology is that they will simply bury the subsidies in other parts of their national budget, the way they hide huge chunks of their spending on defense. Or they may move the subsidies off the books entirely.

Tariffs are another area where “progress” may amount to little more than lip service. China may well “agree” to lower tariffs on certain American imports, but secretly erect non-tariff barriers to keep those same imports from gaining more than a toehold in the Chinese market.

There is ample precedent for such sleight of hand. China banned American beef imports in late 2003 after a single case of mad cow disease was reported in the state of Washington – and then used this isolated incident as a pretext to keep the ban in place for the next 14 years.

Chinese officials often commit to make concessions on trade – and then don’t. Beijing has been promising since last fall, for example, to reduce its 25 percent tariff on imported cars. American automakers should refrain from celebrating, however, until the reduction actually happens. To date, nine months later, it hasn’t.

Our differences with China will never be resolved in negotiations over subsidies and tariffs, or over intellectual property and cybertheft, because the two sides seek fundamentally different outcomes.

Our continued efforts to encourage China to abide by the existing rules-based international trading order only serve to convince Beijing that we are both hopelessly naïve and easily deceived.

China has openly flouted the rules of the World Trade Organization for a generation. In fact, by deliberately gaming the system, it has created staggering trade deficits with its chief geostrategic rival – the U.S. How much more evidence of Beijing’s bad faith do we need?

Fortunately, we now have a president who understands that we are in brutal, no-holds-barred competition for global economic dominance with China. Despite the disappointment of the trade talks ending Saturday, he should stand firm to insist on big reductions in China’s trade surplus with our country.

President Trump knows that China’s leaders, who run what is essentially a command economy, can easily orchestrate a dramatic increase in their imports of American products. And they will do exactly that, but only if he makes it clear to them that their continued free access to the largest consumer market in the world depends on it.

At the same time, the U.S. should continue to restrict China’s access to advanced technology, especially technology with military applications. Chinese investment in America should be closely monitored to prevent the kinds of illicit technology transfers that have occurred in the past.

Getting China to commit to reduce its trade surplus is only half the battle. China’s predatory “investments” in American high-tech firms must also be reined in.

Ultimately, the U.S. will want to impose the same restrictions on technology transfers to China that we imposed on the Soviet Union – and for the same reason.