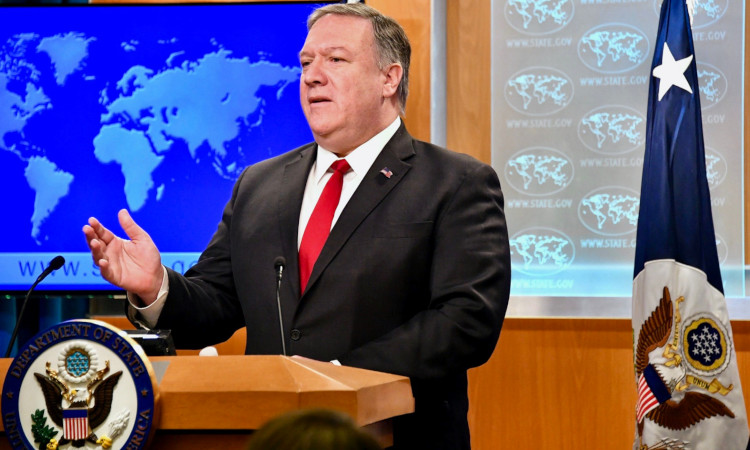 U.S. Secretary of State Mike Pompeo, in a press briefing yesterday, announced the Trump administration is expanding the Mexico City Policy to stop backdoor funding to pro-abortion organizations. Under the new expanded policy, foreign NGOs receiving U.S. foreign health assistance will be prohibited from providing funding to any other foreign NGOs that perform or promote abortion.

Secretary Pompeo also announced funding cuts to the Organization of American States (OAS) in response to the organization’s activities promoting the legalization of abortion in pro-life Latin American countries.

The Mexico City Policy also prohibits foreign NGOs that receive U.S. foreign health assistance from providing “financial support to any other foreign non-governmental organization” that peform or promote abortion. But despite this, prior to Pompeo’s announcement yesterday, it had been the practice of the U.S. Department of State to allow foreign NGO grantees to provide funding to other foreign pro-abortion organizations.

This arrangement, in theory, would have permitted a scenario where a foreign NGO grant recipient could provide funding for organizations like the International Planned Parenthood Federation (IPPF), just so long as the funding was provided for expenses not related to abortion, such as for family planning or sex education programs.

The State Department’s new policy, however, will close this loophole. Secretary Pompeo’s directive will now prohibit foreign NGOs receiving U.S. health assistance from providing any and all funding to foreign NGOs that perform or promote abortion, regardless of the purposes for which this funding is given.

“We will enforce a strict prohibition on backdoor funding schemes and end-runs around our policy,” Secretary Pompeo said, “American taxpayer dollars will not be used to underwrite abortions.”

Secretary Pompeo further indicated yesterday that the U.S. Government will be reducing its contribution to the Organization of American States in response to recent activity promoting abortion by the Inter-American Commission on Human Rights (IACHR), an organ of the OAS. A spokesperson for the State Department indicated that the administration will be slashing $210,000 from OAS, the amount of funding the Department estimates is equivalent to the U.S. Government’s proportional share of the costs associated with the funds OAS provided to IACHR this year.

Pomeo cited the Siljander Amendment as the legal basis for the move, a long-standing provision of federal law which prohibits U.S. foreign aid from being used for lobbying for or against abortion. The Siljander Amendment has been included every annual appropriations bill passed by Congress since 1981.

Pompeo’s announcement comes after nine Senators had sent a letter calling on the Secretary to cut funding to OAS last December. In the letter, the Senators cited a number of recent examples of IACHR lobbying foreign governments to legalize abortion, including in Chile and El Salvador.

Last March, the IACHR called on the El Salvador Government to repeal penal restrictions on abortion, stating “the Commission urges the Salvadorian state to take the necessary measures to end the criminalization of abortion in the country.”

In 2017, the IACHR also issued a statement calling on all OAS member states to remove criminal penalties on abortion from their domestic laws. “The Commission also underscores that laws criminalizing abortion in all circumstances have a negative impact on women’s dignity and their rights to life, to personal integrity, and to health, as well as on their general right to live free from violence and discrimination,” the statement read.