To Defeat the Wuhan Flu, We Must Stop China 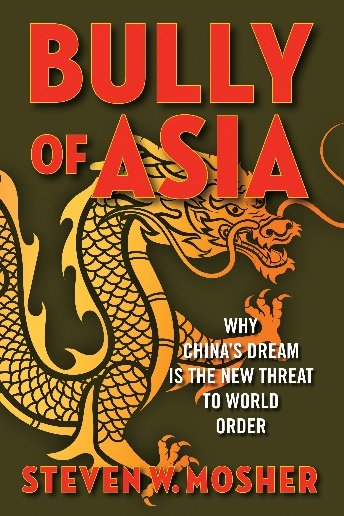 WASHINGTON, D.C.— Disturbing news from China has been dominating the headlines for the past few months. The world now lives in fear that the China Coronavirus will kill millions.  But if we want to stop the spread of the deadly virus, social distancing and medicines like chloroquine are not enough.  The world, led by the United States, must not only isolate the virus, it must isolate and punish the source of the scourge: China itself.

Steven Mosher, one of America’s leading China experts, argues that the Chinese Communist Party is responsible for both the origin and global spread of the Wuhan Flu. This means that everyone who sickens and dies from the virus is a victim of the CCP. Everyone who loses their job or sees their business go bankrupt is a victim of the CCP as well. China not only owes the people of the world an apology, it also owes them trillions and trillions of dollars in damages.

But it is not enough to wait until the pandemic passes for this reckoning to happen.  Mosher argues that the reckoning must begin now, because China is at present actively and deliberately making the pandemic worse:

Steven Mosher, the author of Bully of Asia: Why China’s Dream is the New Threat to World Order,  believes that Communist Party leader Xi Jinping has little interest in helping the world contain the Wuhan Flu.  He created the pandemic, and is now using it for his own purposes: to displace America as the dominant power in the world.

Xi dreams of replacing the current U.S.-led world order with one dominated by China. Under the cover of the pandemic panic, he has launched a truly mortal challenge to the United States and the peaceful and prosperous world that America guarantees. Now, more than ever, U.S. foreign policy must be consistently and resolutely directed at curbing the dangerous and power-hungry People’s Republic of China.

You can read the full PDF version of the press release here.

To schedule an interview with Steven Mosher, please contact Clare O’Connell at  [email protected] or (540) 532-9137