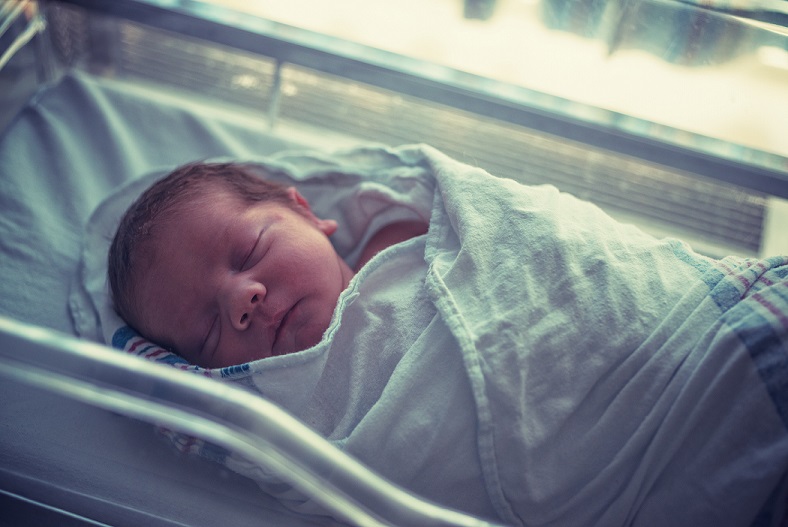 The Party of Abortion and … Infanticide?

The murder of babies is an atrocity too far, but will Senate Democrats agree?

We never thought we would miss Bill Clinton (and we still don’t, really). But it is worth noting that his position that abortion should be “safe, legal and rare” is now officially not welcome in the Democrat Party of today.  Instead, woke Democrats are increasingly embracing the radical position that all abortions should be legal, even those that result in the deaths of full-term, healthy infants.

All the more reason why Congress should immediately pass the Born-Alive Abortion Survivors Act (S. 130). The bill would establish criminal penalties for any health care practitioner in the U.S. who neglects, intentionally kills, or fails to provide standard medical care to any child born alive following an induced abortion. The bill would also require health care workers to report to state or federal authorities any cases where infants born alive were not provided the necessary care.

“Everyone in the Senate ought to be able to say unequivocally that killing that little baby is wrong,” Sen. Ben Sasse (R-NE), the bill’s sponsor, said in a statement, “This shouldn’t be complicated.”

But it may be.

Last night, Sen. Patty Murray (D-WA) blocked the Born-Alive Abortion Survivors Act from passing on unanimous consent, a procedure under Rule 14 that allows a bill to be fast-tracked if no Senator opposes. Sen. Murray objected to the bill, claiming the language of S. 130 was a “gross misrepresentation” of the bill’s purpose to prohibit infanticide.

“We’ve moved beyond all common sense when this body can no longer unanimously condemn murder,” Sen. Joni Ernst (R-IA) said after the bill was blocked. It is now up to Senate Majority Leader Mitch McConnell (R-KY) whether to bring S. 130 to the floor for a roll-call vote.

The fact that Senate Democrats are not even able bring themselves to pass on unanimous consent a bill banning infanticide is indication of how far the Party has fallen into the hands of abortion zealots.

Who can forget the cheers and applause that greeted New York’s Reproductive Health Act, passed by the state legislature last week, which allows abortion up to birth for reasons of “health.”  Similar bills have also been introduced in Democrat-controlled legislatures in New Mexico, Rhode Island, and Vermont.

Democrat lawmakers two years ago in Congress even introduced a similar bill on the federal level (Women’s Health Protection Act of 2017) that would have invalidated most all restrictions on abortion nationwide, including allowing abortion up to the point of birth for ill-defined reasons of “health.”

While the Women’s Health Protection Act has not yet been introduced in the present session of Congress, its earlier iteration had gained the support of 42 Democratic Senators, including 2020 Presidential candidates Kamala Harris, Kirsten Gillibrand, Elizabeth Warren, Cory Booker, and Amy Klobuchar. What better demonstration of the fact that the Democrat Party now applauds the late-term abortion of fully-formed babies well into the third trimester? Will Americans now wake up to the abortion extremism of one of America’s two major political parties?

A bill introduced by Democratic lawmakers in the Virginia legislature earlier this year called the Repeal Act (HB 2491) would also ensure that abortion would be legal through the third trimester for reasons of “mental or physical health.” As reported last week, HB 2491 would also repeal all common-sense restrictions on abortion in the state including a 24-hour waiting period and informed consent requirements.

Statements made by the sponsor of the Virginia Repeal Act, Delegate Kathy Tran (D-Fairfax), caused a media firestorm last week after Republican state Delegate Todd Gilbert asked her whether the bill would allow abortion “Where it’s obvious a woman is about to give birth… She’s dilating.” Shockingly, Tran replied, “My bill would allow that, yes.”

Amidst public outcry over Tran’s comments, Virginia Governor Ralph Northam defended the bill in a radio interview the very next day, saying that third trimester abortions are “decisions [that] should be made by providers…and the mothers.” It goes without saying that a baby is fully formed and capable of surviving outside its mother’s womb even before the third trimester.

The infant would be resuscitated “if that’s what the mother and the family desired”? Since when did allowing a child to live become a family decision? While an infant born alive and breathing is in need of care and attention, parents and doctors would instead be debating whether to let the child live or die. This is sickening.

Indeed, what Gov. Northam is advocating for is infanticide, pure and simple. Gov. Northam should immediately retract his grossly irresponsible support of the Repeal Act and should publicly apologize for his reckless and perilous endorsement of infanticide.

We’re not holding our breath on it though. Following the nationwide fallout that resulted from the Governor’s radio interview, a spokesperson for Gov. Northam defended his comments saying that they would only apply to infants with “severe fetal abnormalities.” Indeed, it seems the Governor’s office sees nothing wrong with infanticide, just so long as the infant has a serious disability. How reassuring.

Gov. Northam later doubled down on his infanticide comments, saying “I don’t have any regrets.” “I have devoted my life to caring for children,” the Governor, who is a pediatrician by practice, tweeted last Wednesday, “any insinuation otherwise is shameful and disgusting.”

No Governor Northam, it is infanticide in any form that is shameful and disgusting. It is sheer evil, morally abhorrent, and your tacit approval of it is extremely dangerous. Every person, without exception, has a fundamental and inherent right to life, most especially the weakest and most vulnerable among us. By turning your back on children born alive and advocating for them to be denied basic care “if that’s what the mother and the family desired,” Gov. Northam, you have made a mockery of your title as a pediatrician.

As Elie Wiesel once said, “There may be times when we are powerless to prevent injustice, but there must never be a time when we fail to protest it.” Americans must not remain silent when public figures advocate for infanticide or abortion. There are no circumstances under which it is ever excusable to intentionally kill a fully-formed, breathing, living child. Every child deserves our love and care. We must recommit ourselves to stand up for the right to life for every human being, never backing down and never allowing ourselves to sink into silence or complacency.

Gov. Northam may soon be forced to resign because of the outcry over this and other issues.  As for Kathy Tran, she has cancelled a town hall, and is ducking press inquiries.

Senate Republicans are expected to push for a roll-call vote on the Born-Alive Abortion Survivors Act at some point in the near future. It remains to be seen whether any members of what is now the Party of Abortion and Infanticide will vote for it.