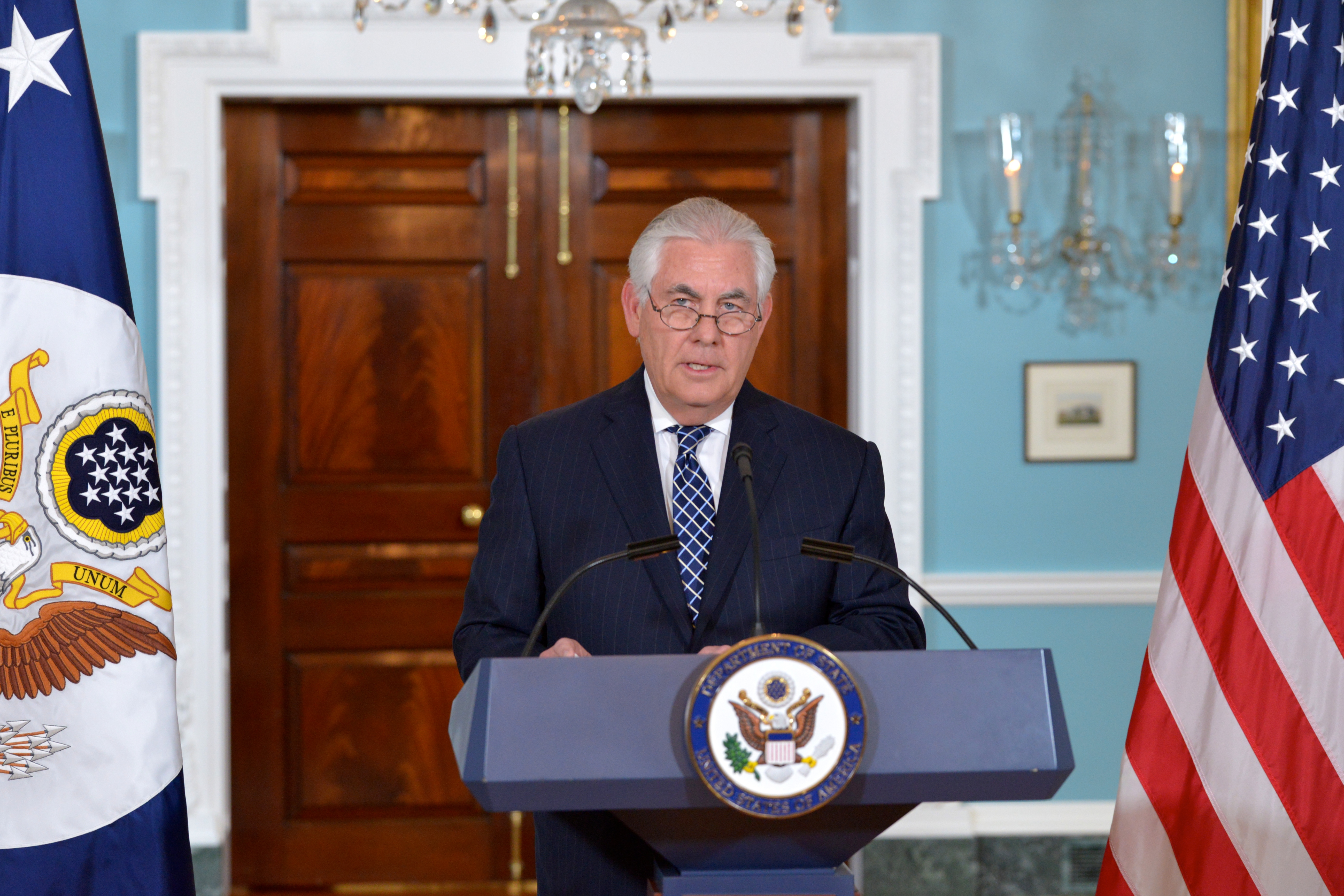 “Protecting Life in Global Health Assistance” does exactly what it says

Yesterday, the U.S. Department of State announced that Secretary of State Rex Tillerson has approved of the new implementing guidelines for the Mexico City Policy recently reinstated by President Trump earlier this year. The State Department has retitled the policy, calling it the “Protecting Life in Global Health Assistance” policy.

The Mexico City Policy cuts the majority of U.S. Government funding for foreign pro-abortion NGOs such as the International Planned Parenthood Federation (IPPF) and Marie Stopes International (MSI). According to IPPF’s own estimation, the pro-abortion organization is set to lose approximately $100 million in U.S. Government funding due to the Policy.

While previous versions of the Mexico City Policy under the Reagan, Bush (41), Clinton, and Bush (43) Administrations applied only to family planning assistance (formerly referred to as “population assistance”), the new Trump Policy was expanded to include “global health assistance furnished by all departments or agencies,” to the extent permitted by law.

The Protecting Life in Global Health Assistance Policy will significantly expand upon the versions of the Mexico City Policy implemented under previous administrations. The new Policy will prevent not only the State Department and USAID from funding pro-abortion organizations, as was the case under the Bush (43) Administration, but also various other government departments and agencies involved in furnishing global health assistance including the Department of Defense (DOD), the Centers for Disease Control and Prevention (CDC), and the Peace Corps, according to State Department senior administration officials.

Moreover, the new Policy will not only apply to family planning assistance furnished by these departments but will also include other health initiatives including the the President’s Malaria Initiative, maternal and child health programs, the President’s Emergency Plan for AIDS Relief (PEPFAR), and other global health assistance disbursed through USAID and other departments. President Bush (43), on the other hand, had explicitly exempted PEPFAR from the Mexico City Policy.

“By cutting hundreds of millions of dollars in U.S. funding for foreign pro-abortion organizations, President Trump has proven his commitment to defending the right to life,” says Population Research Institute President Steven Mosher.

“This not only reinstates Ronald Reagan’s 1984 Mexico City Policy, which I supported at the time, but it also dramatically expands upon it. Under the new Policy, U.S. taxpayers will no longer subsidize foreign nongovernmental organizations that perform or promote abortion on demand,” Mosher says.

The scope of the new Policy will increase considerably. According to the State Department, the new Protecting Life in Global Health Assistance Policy will apply to a total of $8.8 billion of global health assistance furnished by various departments and agencies of the U.S. Government. Former versions of the Mexico City Policy only applied to family planning assistance which, since 2012, has stood at approximately $575 million in appropriations annually.

The Protecting Life in Global Health Assistance Policy will have no effect on total U.S. funding for global health programs, according to the State Department. The U.S. Government will continue to fund global health initiatives at the same funding levels approved by Congress this year, including for maternal health and child survival, nutrition and sanitation, family planning and reproductive health, and for combating infectious diseases. Funding that would have been awarded to foreign NGOs that refuse to certify that they do not perform or promote abortion as a method of family planning will simply be reallocated to other NGOs that are able to provide the needed health services and are willing to comply with the policy.

On March 2, 2017, USAID had amended the Standard Provisions for both foreign and domestic NGOs (mandatory references for grants and cooperative agreements awarded to NGOs through the agency) to include interim implementing guidelines for the Mexico City Policy until a more comprehensive policy aligned with President Trump’s January 23rd memorandum could be formulated. The interim guidelines were a near verbatim copy of the implementing guidelines in place under the Bush (43) Administration.

According to the State Department, the current implementing guidelines in USAID’s Standard Provisions will now be used in the new Policy and adapted to expand their applicability to global health assistance across all relevant departments and agencies. The new Policy will be ushered in gradually over the next few months, according to senior officials, as various agencies work to incorporate the necessary provisions into grants, contracts, and cooperative agreements. In six months, the State Department plans to do a review across the various departments and agencies to ensure that the new implementing guidelines are effective and efficient in achieve the goals outlined by the President’s January 23rd memorandum.

Like former versions of the Mexico City Policy, the Protecting Life in Global Health Assistance Policy will continue to exempt abortions in cases of rape, incest, and where the life of the mother is at risk.

According to a State Department press release, the new Policy will not apply (at least not in full) to foreign governments that publicly fund abortion procedures. Previous versions of the Mexico City Policy likewise did not prevent foreign governments from receiving family planning assistance, even if they publicly funded abortion procedures. However, the Policy did require such governments to keep U.S. family planning assistance in a separate account.

The new implementing guidelines will also not apply to multilateral organizations as some pro-life advocates had hoped. A previous version of the Mexico City Policy instituted by an act of Congress as part of the annual budget bill during the Clinton administration for the 2000 fiscal year had applied the Policy to foreign multilaterals. Certain multilateral organizations such as the World Health Organization and the African Union receive significant funding from the U.S. Government and strongly promote abortion beyond the cases exempted by the Mexico City Policy.

Like former versions of the Mexico City Policy, the implementing guidelines will also not apply to international migration and refugee assistance funds nor to disaster or humanitarian assistance. However, it was not expected that the new policy would apply to these sources of U.S. foreign assistance.

Perhaps the biggest gap in the the Protecting Life in Global Health Assistance Policy, however, is that it still does not apply to domestic NGOs. Like previous versions of the Mexico City Policy, the new Policy continues to permit domestic NGOs that perform or promote abortion in foreign countries to be recipients of U.S. global health assistance.

Yet despite the shortfalls, the new Trump Mexico City Policy is still arguably the strongest version of the Policy yet implemented.

“Tens of thousands, perhaps millions, of lives of unborn babies will be saved from the violence of abortion as a result,” Mosher says.