Rosa’s Case: Lies of a Feminist Network Exposed in Nicaragua

Red de Mujeres Contra la Violencia (see them on the web here) is a coalition of hard-left, Latin American feminist organizations. Just recently they showed their true colors, putting their anti-life agendas ahead of the well-being of an innocent 9-year-old girl.

Lies of a Feminist Network Exposed in Nicaragua

“Rosa” was the name the feminists of the Red de Mujeres Contra la Violencia, or Network of Women Against Violence (WNAV) gave to a 9-year-old Nicaraguan girl, who was raped and later became pregnant in the beginning of 2003 in Costa Rica.  Accusations laid at the doorstep of the girl’s neighbor are now being challenged by a more in-depth investigation, one that not only clears his name, but points to far more sinister forces at work.

WNAV used Rosa as a poster child to promote the decriminalization of abortion internationally, repeating the tired line that abortion is essential to save the lives of thousands of women. They produced videos, essays, books and organized several events in many American and European cities. At these events, the stepfather and the mother of “Rosa” were present, supported by the WNAV and demanding justice for Rosa, and a severe punishment of the rapist. On one of these occasions, egged on by the feminists, the girl’s stepfather even said he would kill the neighbor with his own hands.

In a series of moves reminiscent of young children going to the right parent for the answer they want, some key case members of the WNAV traveled to Costa Rica with officials (ideologically pro abortion) of the Attorney General Office on Human Rights of Nicaragua. They advocated the “right” of Rosa to abort her baby, with the full approval of the stepfather and mother. Upon learning that the Costa Rican government refuses to permit abortion, they promptly rushed Rosa to Nicaragua. Once there, authorities established that the parents had the freedom to make their own decision, labeling this abortion as “therapeutic.”  Public pressure growing hotter, they quickly ended the life of Rosa’s baby.

After the abortion was completed, WNAV completely lost interest in the conviction and prosecution of “Rosita’s” rapist. 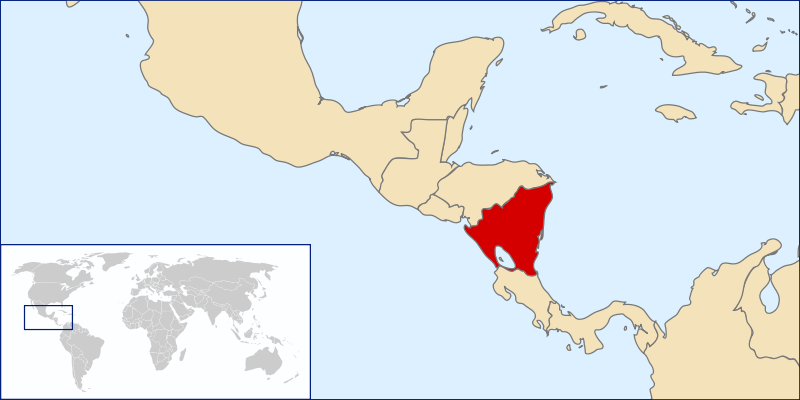 As of November 17, 2006, abortion in Nicaragua is illegal with no exceptions.

We now know that the story was very different from WNAV´s version. Reporters of a popular newspaper in Nicaragua, “El Nuevo Diario” (END), found “Rosita” and her mother in a WNAV lodging last month. Their actual situation was even more shocking than the one which made her unhappily famous to begin with: it is now known that the girl’s 19-month-old daughter is not the neighbor’s, rather, her stepfather’s.

Not only that, but it soon became clear that WNAV had repeatedly ignored obvious warning signs about the baby’s paternity.  Even in the face of emerging evidence, they still argue that they had no knowledge of the truth of the matter, even though it is now coming to light that the stepfather raped the girl more than once, resulting in the conception of yet another child.  WNAV’s repeated half-baked explanations show how fanatical they are to legalize abortion, and how careless they had been with Rosa.  “The true life of ‘Rosita’ was, until today, WNAV’s best-kept secret,” said END in an August 9 report. “It was the same girl, now 14 years old, who triggered the series of events that led END to expose what was happening.”

WNAV still insists that Rosa’s abortion was the best option available to the 9-year-old girl. According to her parents, after having an abortion she “was back to her dolls and was happy again”.  WNAV did not expect an investigation on the level of the one END conducted, one that uncovered the fact that Rosa’s life after the abortion was, in fact, hellish. Forever stigmatized by the event, Rosa was vilified by the community as a result of her abortion, as was everyone who participated.

Notwithstanding, WNAV´s members’ attitudes incriminate them. They have spent the duration of the case, now 4 years running, hiding information in order to keep “Rosita” and her mother away from anyone but them. END also complained that the police of Masaya province are also complicit in this crime, making any investigation into the matter extremely difficult. “For the time being, the whereabouts of "Rosita" and her daughter are privileged information of WNAV," END said bitterly.  “This entire international campaign was based on a lie.”

In the end, WNAV was forced to return “Rosita” to the authorities, but WNAV requested that one of their own psychologists supervise her at all times. The reason is simple: the truth could complicate WNAV’s legal situation.  It is now clear that WNAV’s interest in the case arose solely from their interest in promoting the legalization of abortion.  As a direct consequence of this, justice was not served, “Rosita” continued to be exposed to the rapist day and night for 4 years, and an innocent man suffered rebuke and imprisonment. These are serious charges, and WNAV is now desparate to avoid being prosecuted by the Family Affairs Ministry of Nicaragua.

The contradictions are multiplying every day, and the story can hardly have a happy ending for WNAV. If one good thing comes out of this entangled web of rape, murder, deception and coverup it is this: WNAV has lost its credibility in any future debate about abortion.