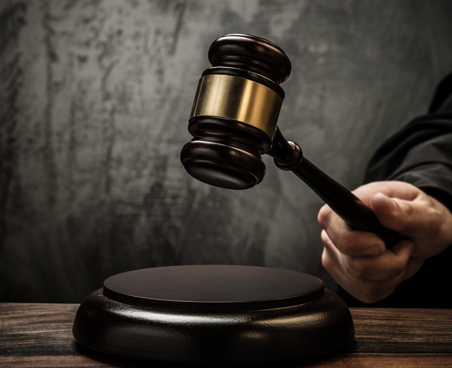 Planned Parenthood’s alleged undercover sale of fetal body parts is making abortion advocates desperate. They know that for-profit participation in fetal organ trafficking is indefensible in the public eye, so instead of engaging the debate, they are attempting to silence it.

A series of videos produced by the Center for Medical Progress (CMP), giving the public an inside look into Planned Parenthood’s grisly abortion business, have garnered over 5.7 million views. They have sparked ongoing investigations of Planned Parenthood in Congress and in 9 states including: Georgia, Texas, Ohio, Louisiana, Florida, Kansas, Missouri, Tennessee, and South Carolina. Arizona Gov. Doug Ducey has placed an emergency statewide ban on the sale of fetal tissue.

StemExpress, the for-profit company that allegedly acted as the middleman for Planned Parenthood’s alleged organ harvesting practice, is beginning to feel pressure from an outraged American public.

On Wednesday, StemExpress filed a lawsuit against CMP with the Los Angeles Superior Court, accusing them of violating wiretapping laws. The judge placed a restraining order on CMP, preventing them from releasing any videos featuring high-ranking StemExpress officials until a hearing on August 19th.

A statement released by David Daleiden, founder of CMP, responded to the court order saying:

StemExpress…is attempting to use meritless litigation to cover-up this illegal baby parts trade, suppress free speech…their initial petition was rejected by the court, and their second petition was eviscerated to a narrow and contingent order…The Center for Medical Progress follows all applicable laws in the course of our investigative journalism work and will contest all attempts from Planned Parenthood and their allies to silence our First Amendment rights and suppress investigative journalism.

Only hours after the Court issued its order against CMP, yet another video surfaced, this time featuring Dr. Savita Ginde, Vice President and Medical Director of Planned Parenthood of the Rocky Mountains.

Referring to the procurement and sale of fetal tissue, Ginde explains, “If you have someone in a really anti state that’s going to be doing this for you, they’re probably going to get caught.”

“He’s got it figured out,” Ginde says, speaking about her attorney, “that he knows that even if, because we talked to him in the beginning, you know, we were like, ‘We don’t want to get called on,’ you know, ‘selling fetal parts across states.’”

“The IFPA…must immediately condemn these actions and make it explicitly clear that it does not support the manipulation of abortion procedures for the purposes of maximizing monetary profit by trading in human body parts,” McGrath wrote in a statement on his website.

Sean Cardinal O’Malley, Archbishop of Boston and Chairman of the Committee on Pro-Life Activities of the U.S. Conference of Catholic Bishops (USCCB), released a statement, declaring that abortion and fetal organ harvesting “fail to respect the humanity and dignity of human life.”

As more details about the sordid abortion industry are made public, some Republicans in Congress are taking steps to ensure taxpayers aren’t footing the bill for Planned Parenthood. Last Tuesday, Sen. Joni Ernst (R-IA), joined by cosponsors Sen. Rand Paul (R-KY) and Sen. James Lankford (R-OK), introduced S.1881 , a bill which would prohibit Planned Parenthood from receiving any federal funding. If passed, this bill would defund Planned Parenthood indefinitely, not just for a one year period as a previous bill had proposed.

Sen. Ernst’s bill takes the funding that would have gone to Planned Parenthood and instead puts it towards clinics providing real health care for women. S.1881 specifies that funding should continue to be made available for health centers offering services such as breast cancer screenings, prenatal and postnatal care, and immunizations.