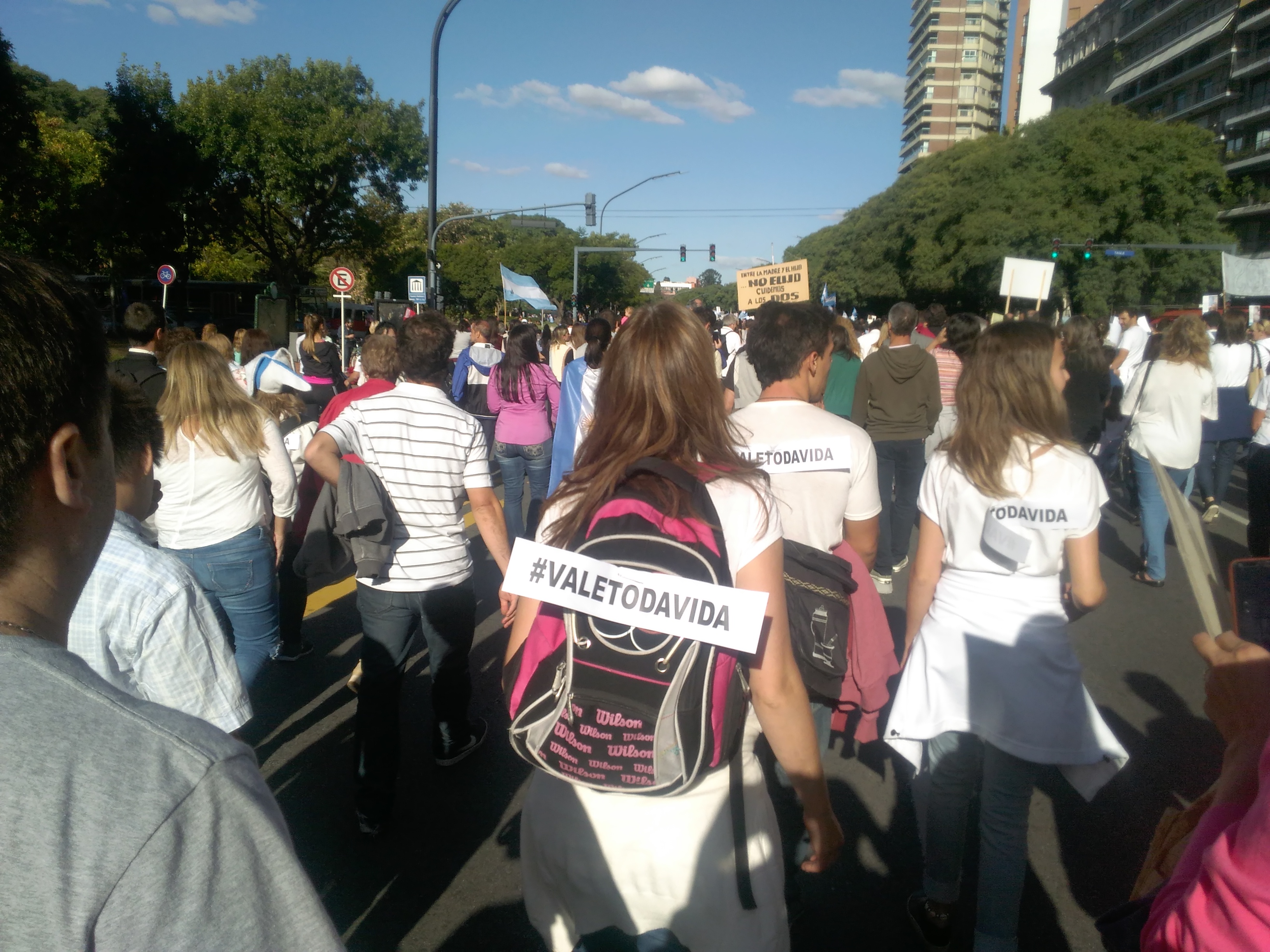 Don’t Cry for Me Argentina: The Country’s Chamber of Deputies Approves Measure That Would Allow Abortion up to 14 Weeks

The lower house of the Argentine congress, known as the Chamber of Deputies, has narrowly approved of a bill that would legalize abortion on-demand up 14 weeks gestation. The bill would also legalize abortion after 14 weeks in cases of rape, health of the mother, and fetal disability.

Even two hours prior to the vote taking place, according to El País, pro-abortion politicians feared they might not have enough votes to pass the bill. Much like Ireland’s abortion referendum a few weeks ago, when the vote tally was finalized, pro-abortion activists reportedly broke out in tears and cheering “as if Messi had scored a goal.”

“We are hurt as Argentinians by this decision,” the Argentina Conference of Bishops wrote in a letter posted on Twitter, “But the pain that comes from forgetting and excluding the innocent must be transformed into strength and hope, to continue fighting for the dignity of all human life.” #ValeTodoVida.

“We are dangerously close to establishing a policy that permits the systematic elimination of persons,” Unidad Provida wrote in a message on their website following the news of the vote. Unidad Provida is a network of more than 130 pro-life organizations dedicated to defending the right to life in Argentina.

The bill now heads to the Senate where pro-life allies are hopeful that they will have a sufficient number of votes to defeat the bill.

Argentine President Mauricio Macri months ago allowed the debate on the abortion proposal to proceed despite campaign pledges to defend the right to life. He has also indicated that he will accept the bill legalizing abortion if passed by Congress, signaling that he will not veto the measure. As a result, the Senate, in effect, has the last word on the matter.

“Argentinians have fought very hard against the abortion bill,” says Carlos Polo, Director of the Population Research Institute Office in Latin America. “I have no doubt they will stop it at the Senate.”

In the months leading up to yesterday’s vote, Argentinian citizens have coalesced on an unprecedented scale to defend the right to life. Earlier this year on March 25, an estimated 2 million Argentinians took part in pro-life demonstrations in over 200 cities across the country. Only few months later on May 20, more than 3 million people were estimated to have attended the March for Life Argentina which took place in over 270 cities nationwide. It is noteworthy that the Argentinian March for Life is modeled on the successful March for Life organized for the past several years in Peru with a strong collaboration of our PRI Latin American office. A number of Argentine celebrities have also publicly voiced their support for the right to life.

“This lamentable result doesn’t intimidate us. It strengthens us.” Unidad Provida wrote on its website.

While pro-lifers anticipate that the bill will die in the Senate, it is still unclear how a number of senators will vote. And yesterday’s vote in the Chamber of Deputies will no doubt provide pro-abortion advocates with significant political momentum.

The bill itself is one of the most radical abortion bills ever to pass a democratically-elected Latin American legislative body. The bill would legalize abortion on-demand up to 14 weeks without exception. After 14 weeks, abortion would also be permitted in cases of rape, health of the mother, and when the unborn child is considered “incompatible with life” outside the womb. Currently, abortion is only legal in Argentina in cases of rape or as a last resort to protect the life or health of the mother.

The bill specifically requires the attending physician to accept a claim of rape solely on the word of the person seeking the abortion without prior police notification. Other countries that have adopted this model have seen the rape exception widely abused.

The bill further requires that the health system make it possible for mothers to abort their unborn child within 5 days of requesting an abortion. The bill would even allow abortions for minors under the age of 16.

Under the bill, health care workers would be required to provide women with information on abortion which “in no case can contain the personal, religious, or moral considerations of the health professional” nor those of the health care institution where the woman is seeking abortion services.

The bill states that health professionals have “an obligation to guarantee access” to abortion and amends the Criminal Code to punish health care professionals or institutions that fail to do so. A health professional or institutional head that “delays, obstructs, or negates” the practice of abortion under the cases authorized by the law will face 1-3 years prison time and will also have their license to practice medicine revoked for a period of time double their prison sentence.

Health institutions, on the other hand, would be barred from claiming a right to conscientious objection. As a result, Catholic hospitals, and other health institutions that hold moral or religious objections to abortion would be forced to provide abortion services if the bill is passed into law. As the bill reads, health institutions cannot “impose requirements of any kind that impede access to services linked to the voluntary interruption of pregnancy.” In Latin America, legalized abortion is euphemistically referred to as the ‘voluntary interruption of pregnancy.’

Pro-abortion groups have long pushed hard to legalize abortion in Argentina. The International Planned Parenthood Federation (IPPF), a London-based organization that agitates for the legalization of abortion in foreign countries and performs over 1 million abortions every year, has invested itself heavily in this arena. Since 2008, IPPF has poured over $5.2 million into pro-abortion organizations in Argentina.

“The abortion industry has openly funded the campaign to legalize abortion,” says Carlos Polo, “But when you need to pour so much money into a political cause in order to get the desired outcome, sooner or later people will catch on and the tide will begin to turn against them.”