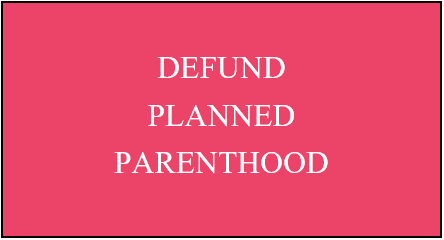 Planned Parenthood and the abortion-provider Tucson Women’s Center spearheaded a lawsuit to strike down an Arizona law requiring doctors to abide by FDA guidelines when administering a “drug or substance” used to induce abortion. And they prevailed. An Arizona state court ruled in their favor, a ruling which allows doctors to continue off-label usage of the risky mifepristone (RU-486) drug. These are protocols that Planned Parenthood claims are considered “best practice,” but which the FDA …

Current Efforts to Prohibit Sex-Selective Abortion in America The following eight states have passed laws prohibiting sex-selective abortions: Arizona, Illinois, Kansas, North Carolina, North Dakota, Pennsylvania, Oklahoma, and South Dakota. Numerous other states have put forward legislation to prohibit abortions based on the sex of the fetus. Federal Legislation In January of 2015, the Prenatal Nondiscrimination Act of 2015 (PRENDA) was introduced and referred to the Senate Judiciary Committee. PRENDA prohibits sex-selective abortions, as well as …

The 31 May vote on PreNDA was a Pyrrhic victory—for the pro-abortion movement. You would think that any piece of legislation that wins a 246-168 majority of the votes of the House of Representatives would be on a fast track to become law. Passing pro-life legislation though, whether it be the earlier ban on partial-birth abortion, or the Prenatal Non-Discrimination Act (PreNDA)–a bill to make it unlawful to perform or coerce a sex-selection abortion–is never …