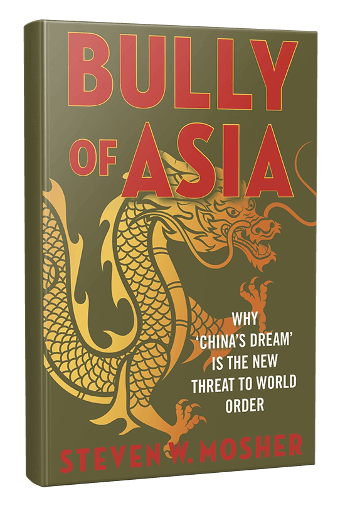 PRI in the News: Bully of Asia

President Trump did us all proud on his Asia trip – at least those of us who are still prouder to be Americans rather than citizens of the world. He scored points by simply behaving like the leader of our nation and the free world. Read the full article on Fox News.

China’s ‘Dream’ Is Our Nightmare, and Can Never Be Allowed to Come True

Here is what Americans in general, and President Donald Trump in particular, need to know about China’s ruler. First, President Trump was right in calling Xi Jinping the “King of China.” Xi has amassed at least as much power as the late Chairman Mao at his height… Read the full article on Lifezette.com.

This article originally appeared on Breitbart. As Air Force One lands at the dragon-shaped Beijing International Airport, President Trump will be treated to a skyline that didn’t exist until a few years ago. Most of Beijing’s old residential neighborhoods — called hutung’s — were deliberately destroyed in the frenzied build-out that preceded the 2008 Olympics. They have been replaced by stadiums like the Bird’s Nest (which actually resembles a giant bird’s nest) and by high-rise office buildings. Then there …