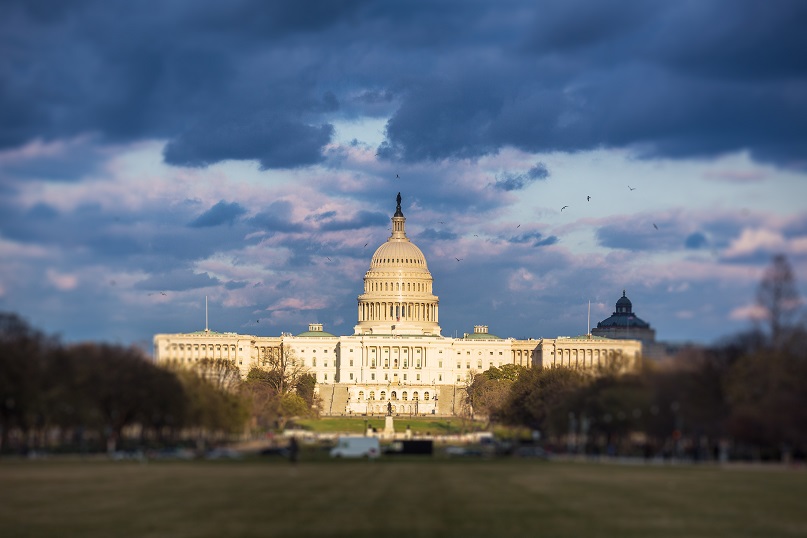 Last week, pro-life lawmakers launched a last-ditch effort to ‘repeal and replace Obamacare’ and defund Planned Parenthood before the end of the 2017 fiscal year.

The proposal provides an innovative solution for health care reform by subsidizing health insurance through the allocation of block grants to state governments. The measure will give states more say on health care policy. Like the House bill and the failed Senate bills proposed earlier this year, the Graham-Cassidy bill would protect unborn lives and the conscience rights of millions of Americans.

The proposal would block the vast majority of federal funding for Planned Parenthood for the period of one year. As the nation’s most prolific abortion provider, Planned Parenthood terminates the lives of more than 320,000 unborn children every year. For the past two years, the organization has been the center of controversy surrounding their alleged trafficking and sale of the body parts of aborted babies.

The Graham-Cassidy proposal would even go one step further than the Senate bills from earlier this year by also prohibiting tax-free contributions to Health Savings Accounts (HSAs) from being used to pay for health care plans that include abortion coverage.

Senate lawmakers have until September 30th to pass the bill for the 2017 fiscal year. If lawmakers fail to meet the September 30th deadline, they would still be able to bring up the same bill after the 2018 fiscal year appropriations bill is passed, but the pro-life provisions in the bill would have to wait for another year before being implemented.

As a reconciliation bill, the Graham-Cassidy measure only needs 50 votes to pass in the Senate. However, both Senators Susan Collins (R-ME) and Rand Paul (R-KY) have already come out against the bill, leaving Republicans with no margin for error in garnering support. Senator John McCain (R-AZ), who sank the Senate’s effort to pass the so-called ‘skinny bill’ in July, has expressed optimism for the bill but has fallen short of endorsing it. The Congressional Budget Office (CBO) plans to have a preliminary assessment of the bill by sometime next week.

On the issue of health policy more generally, the Graham-Cassidy bill proposes to give the states more say in setting the rules for health care policy, permitting states to apply for waivers on several ACA regulations. States would be able to decide if they want to reduce costs by allowing health insurance companies to charge more for pre-existing conditions or for other reasons and would allow states to set the minimum essential benefits that insurers must provide.

States would be able to manage their health care plans more conservatively or liberally as the political climate may dictate with some left-leaning states likely to transition to a single payer option under the Graham-Cassidy bill, according to Avik Roy in an article published with Forbes. Senator John Kennedy (R-LA) has proposed an amendment to the Graham-Cassidy bill prohibiting states from using block grants to create single payer systems.

The Graham-Cassidy bill would increase the annual maximum tax-free contribution individuals and families can make to their HSAs. Citizens over 55 years of age would also be able to make catch-up contributions to their HSAs. The proposal would eliminate the individual and employer mandates and would repeal the Obamacare medical device tax. Unlike the House bill, the Graham-Cassidy bill would not penalize individuals for a lapse in coverage, a policy change that is helpful in ensuring that low-income or unemployed Americans are not penalized but one that could also increase the cost of health insurance overall.

Under the Graham-Cassidy proposal, block grants given to the states for the purposes of subsidizing individual and small group health plans would gradually replace the ACA individual premium tax credits, cost-share reduction payments, and Medicaid expansion. The Graham-Cassidy bill would allow states to introduce high-risk pools to help individuals with expensive health conditions gain access to affordable insurance. However, states would have to elect to create high-risk pools with the block grants provided to them by the federal government and it is uncertain whether such pools would be sufficient to cover at-risk individuals. A nationwide entitlement-based high-risk pool would assure that persons with expensive health conditions are able to receive affordable care.

Like the ACA, the Graham-Cassidy bill prohibits insurance companies from turning away applicants for pre-existing conditions or current health status. Individuals will also be eligible to remain on their parents’ health plans up to 26 years of age.

The bill will provide more equitable distribution of federal funding for health care across the states. Under the ACA, federal funding is matched to state funding, allowing wealthier states to gain access to proportionally more federal funding than less wealthy states.

The Senate proposal appears poised to improve financial accountability for health care. According to Alan Greenspan, former Chairman of the Federal Reserve, in a released statement, “Getting money and decision-making out of Washington—and into the hands of governors who are legally bound by balanced budget amendments in their state constitution—is a giant step forward.” The bill would end limitless entitlement spending authorized under the ACA, forcing states to only spend money budgeted for, encouraging states to find more efficient and cost-effective ways to spend taxpayer dollars.

With the elimination of cost-sharing payments and premium tax credits, however, it remains unclear how the proposal will impact the health insurance market, particularly for low-income Americans. There could also be hidden risks to local state economies and national cohesion by allowing states to so differentially regulate on a large sector of the economy.

While Americans continue to debate the merits and drawbacks of the Graham-Cassidy health care reform proposal, all Americans can agree that any health care policy must, and in a fiscally responsible way, be attentive to the health care needs of all Americans, most especially the sick, the poor, and the unborn.

Laws to close loopholes in the ACA are greatly needed to protect the conscience rights of millions of Americans from being forced to purchase, or to subsidize through federal taxes, health care plans that include abortion coverage.

Under the Affordable Care Act (ACA), federal subsidies can be used to finance health care plans that include coverage for elective abortion, contrary to long-standing federal policy under the Hyde Amendment which prohibits this practice for federal appropriations to the Department of Health and Human Services (HHS). Despite pro-life opposition at the time the ACA was being debated in 2010, pro-abortion Democratic lawmakers ultimately blocked the bi-partisan Stupak-Pitts Amendment which would have mandated Hyde-like protections for the ACA.

Instead, the ACA stipulates that federal money should be deposited into an account separate from the abortion portion of the health care plan and itemized as a separate charge on the customer’s bill. Pro-lifers have long criticized the maneuver as little more than an accounting gimmick, allowing for federal funds to nonetheless subsidize health care plans that pay for abortion procedures.

In 2014, the Government Accountability Office (GAO) found that several insurance companies were not itemizing the abortion surcharge. The GAO found that Washington Health Benefit Exchange was not even collecting an abortion premium as stipulated by the ACA and was forced to modify their billing practices and notify the IRS of the amount the Exchange owed for failing to segregate funds.

While the Hyde Amendment prohibits federal funding for health care plans that include abortion coverage in all 50 states, the ACA forced several states to pass laws in order to opt out of funding abortion plans in the exchanges. Only 25 states so far have laws in place to restrict ACA federal subsidies and premium tax credits for insurance plans that include abortion coverage. In some states, every health care plan offered through the exchanges includes coverage for elective abortion.

The Graham-Cassidy bill, by way of contrast, would prevent funding for abortion in health care plans in all 50 states.  It would protect the conscience rights of American living in states such as California, New York, and Oregon, whose state governments have passed laws forcing insurance companies to include coverage for elective abortion in all state-specific health care plans sold in these states.

Will the Graham-Cassidy bill succeed in a politically divided Senate? Stay tuned.