This article was originally published in LifeSite News, May 21st 2020.

Last week, a letter containing a dozen science-based, common-sense suggestions for handling the China Virus was personally handed to President Trump. It was signed by 70 US scientists, medical professionals, economists, and other technical experts representing all parts of the political spectrum.

They set their political differences aside because of their shared belief that, as they explained, “genuine science should be the basis of our technical public policies and subsequent actions.  Unfortunately, far too often real science has been replaced by political science.”

In the case of the China virus, they noted, “some of the complaints relating to COVID-19 appear to be from those who see this pandemic as a political opportunity.”

Who among us has not noticed the ridiculous political posturing that some governors and mayors have been engaging in, which has nothing to do with public health and everything to do with political gamesmanship in advance of the upcoming elections?

These outside experts, on the other hand, promised a “non-political perspective and recommendations on the way forward with COVID-19” based on their “diverse backgrounds and expertise representing a cross-section of specialties and skills in a number of fields, ranging from health care to the physical sciences to economics. … We are all in the same fight, so we need to work together.” 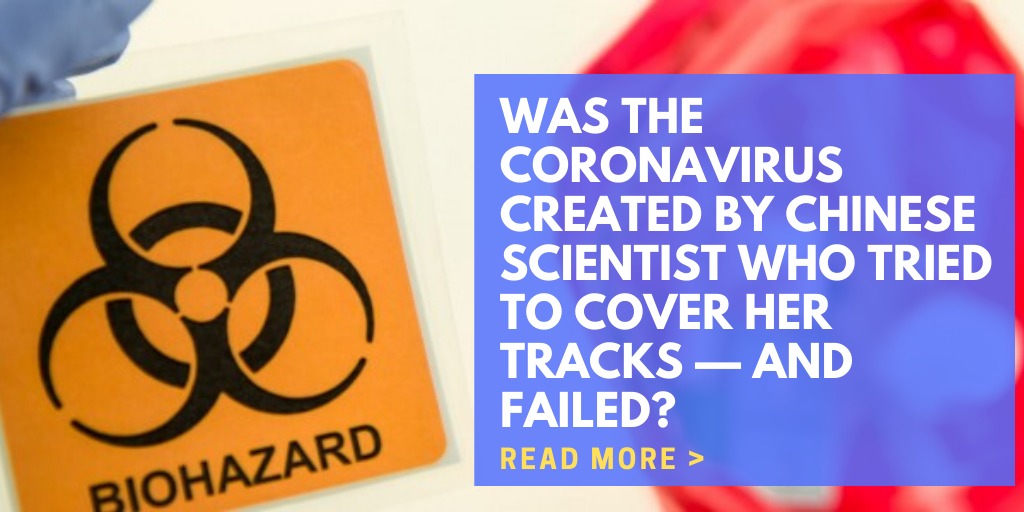 Here are their chief suggestions, followed by my comments:

The initial models being used to project China Virus deaths were poorly designed and produced wildly inflated predictions of infections and deaths.  Perverse financial incentives to report even suicides and traffic fatalities as China Virus deaths made the problem worse.  Having an expert statistician, combined with clear reporting guidelines, would help bring the numbers back to reality.

Right now some governors seem to be making entirely arbitrary decisions based more on politics than science.  Those on the Left seldom darken the doors of churches and gun stores, so it closes them down.  On the other hand, because their followers tend to frequent cannabis shops and liquor stores, it allows these to stay open.

Having federal standards would help to remove politics from these decisions, and inject much-needed rationality.  An “A” business might be golf courses, while “D” businesses might be restaurants.

Aside from living a healthy lifestyle, there is ample evidence that Vitamins C and D, in combination with Zinc, boosts your immune system and increases your body’s ability to fight off COVID-19 disease.  Rather than locking Americans down, health officials should be encouraging them to ramp up their innate immune system by taking supplements.

Hydroxychloroquine should never have been politicized in the first place but, as soon as President Trump mentioned—accurately—that it was proving to be an effective tool in combating China Virus, his political enemies began to attack it.

Even Dr. Fauci denounced evidence of its efficacy as anecdotal, despite the existence of nearly two dozen studies showing “the use of HCQ-AZ [Z-Pak] combination … appears to be a safe and efficient treatment for COVID-19.”

The FDA should get out of the way, and allow physicians to prescribe the drug cocktail to any China Virus patient under their care.  Sensible doctors are doing this already.

Given that the China Virus is a respiratory ailment, and that viruses can be deactivated by heat (165 degrees), careful steam inhalation may prove to be a simple, low-side initial treatment.  The FDA should quickly investigate this and, if it works, endorse it.

An obscene amount of money has already been thrown at the China Virus epidemic, much of which was wasted. We built hospitals that were never used, and sent hospital ships to New York and California that saw mere handfuls of patients.  Other sums went to Progressive “wish list” items that had nothing whatsoever to do with the epidemic.

Nancy Pelosi’s ridiculous 3 trillion dollar“fast track to socialism” bill is just more of the same. Any new expenditures should be specifically tied to dealing with the China Virus.  Our national debt is already close to unsustainable.  We should not be adding to it.

Evidence is growing that the coronavirus not only leaked from the Wuhan biolab, but was created there.  An investigation is necessary not only to assign responsibility for the outbreak, but also to prevent a future outbreak from one of China’s labs.  Most importantly, it should include an assessment of the damage caused by the China Virus to the U.S. and the global economy, so that it can be used as a basis for seeking reparations from the CCP and its leaders for damages.

If the CCP and its leaders are responsible, as the evidence indicates, then we should hold them responsible for their actions, and use all of the avenues at our disposal to recover, one way or another, damages.

Obviously the UN agency most in need of a dedicated investigation concerning the China Virus outbreak is the WHO, but it is by no means the only one.  The CCP has corrupted a number of UN and international agencies whose competence and objectivity can no longer be relied upon.  They should be defunded until they are reformed.  Should reform prove impossible they should be replaced.

Dr. John Droz, the physicist who put together the memo, summarized the joint effort by saying, “We support the President and wanted to give him several constructive suggestions going forward — and these are evidently somewhat different from what he is hearing from the Coronavirus Team.”

Steven W. Mosher @StevenWMosher is the President of the Population Research Institute and the author of Bully of Asia:  Why China’s Dream is the New Threat to World Order.  He is a signatory to the letter to President Trump.