China “Mobilizing Masses” to Reproduce Democracy and the Constitution Vatican Betrayal China “Mobilizing Masses” to Reproduce Young Party members ordered to “lead by example” to achieve a “two-child family regime” When the Chinese Communist Party implemented a “comprehensive two-child policy” in early 2016, outside observers assumed that it would be voluntary.  And why should they not? To all appearances, this was a dramatic relaxation—a doubling, no less–of the restrictive one-child policy. But appearances can be …

This week we celebrate the 49th anniversary of Humanae Vitae, the brave and beautiful encyclical of Blessed Paul VI promulgated on July 25, 1968. Brave? Absolutely. This eloquent articulation of the teaching of the Church and the fundamentals of the Natural Law constituted a direct challenge to what Pope Benedict has called “the spirit of the age.” And the reaction of that decadent and resentful age demonstrates just how brave it was – Francis Cardinal …

A recent symposium at the Vatican hosted by the Pontifical Academy of Sciences (PAS) and the Pontifical Academy of Social Sciences aimed at discussing the implications of biodiversity loss and finding ways to promote sustainable development. While Catholic teaching promotes stewardship of the environment, some of the participants invited to speak at the symposium have a history of promoting interventions directly contrary to Catholic teaching such as contraception and population control. Among the more notorious … 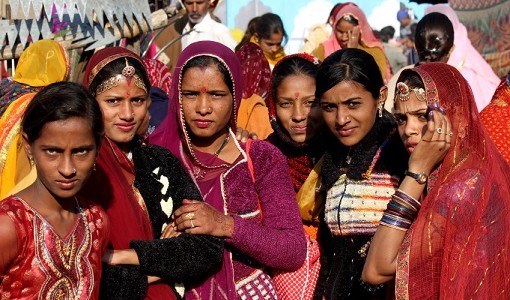 We are not alone in being suspicious of the United Nations when it comes to the life issues. Beginning with the International Conference on Population and Development in Cairo in 1994, abortion advocates have been attempting to use the language of U.N. documents, as well as the statements of certain U.N. committees themselves–think the Convention on the Elimination of All Forms of Discrimination against Women (CEDAW)–to advance their agenda. There have been constant battles over …

We Have an Absolute Right to Health Privacy, but We Must Fight for It

Last week the Second International Patient Privacy Summit took place in Washington, D.C. Our part in this conference was to bring Catholic Church teaching to bear on the question of who effectively owns these health records. Do we have a natural law right to these records which are, after all, collections of intimate information about our very selves?

The ruthless promotion of condoms by Western government and international organizations is responsible for millions of deaths in Africa from AIDS-related diseases. Throughout this tragedy, the Church and its leaders have stood foursquare against this lethal approach, arguing that abstinence and fidelity are the only sure defenses against AIDS. Unfortunately, poor editing at the Vatican newspaper has given the bad guys a propaganda opening to suggest—wrongly—that the Pope himself had somehow endorsed condoms.

13 July 2009 — Vol. 12/No. 20 In what will perhaps come to be known as the pontiff’s signature writing, Pope Benedict XVI released a sweeping encyclical that seeks to make the Catholic Church’s social stance abundantly clear on everything from sound economic practice to population control. The encyclical, entitled Caritas in Veritate (Love in Truth) became available to the public on July 7th, and is available on the Vatican web site. In Pope Benedict’s …

February 20 — The Pope and Nancy Pelosi

Para leer este boletín en español, haga click aquí. Para ler este boletim em portugués faça clique. 20 February 2009 — Vol. 11/No. 07 American Catholics, at least those who frequent the pews and practice their faith, have long wanted their bishops to tell wayward Catholic politicians that they cannot, at one and same time, promote abortion and remain in good standing with the Catholic Church. Now, the most powerful American Catholic politician has been …