What could be as innocuous as a world gathering to promote family life and values? Is there anything less threatening than kids being raised by a loving mom and dad? Not according to the radical left-wing Southern Poverty Law Center (SPLC). No, for SPLC marriage and family values are hateful and homophobic. In a smear piece released prior to the World Congress of Families (WCF) in Salt Lake City, SPLC attempts to malign a whole … 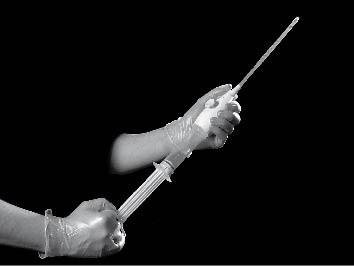 A second video alleging Planned Parenthood’s gruesome selling of fetal body parts surfaced last week. And once again we find a senior executive of the organization, Dr. Mary Gatter, willing to put women’s lives at risk in order to make more money for the organization and for themselves. As Gatter explains, “I wouldn’t object to asking Ian, who’s our surgeon who does the cases, to use an Ipas [manual vacuum aspirator] at that gestational age …

Last week, Russian President Vladimir Putin signed a law banning abortion advertising. Some members of the Duma (the Russian state assembly), are talking about going even further and banning the procedure itself.  The Russian Orthodox Church, whose numbers are swelling with converts and “reverts,” is weighing in as well.  One Orthodox prelate called abortion a “mutiny against God.” I couldn’t have put it better myself. This is an amazing turn about in a country which …

The Manual Vacuum Aspirator (MVA) is small, lightweight and concealable—perfect for performing illegal abortions in Latin America. Ipas began life in 1973 as a one-trick pony. It was spun off of the Carolina Population Center at the University of North Carolina, Capel Hill, to manufacture, distribute and promote a single deadly device, a manually operated suction abortion device called a Manual Vacuum Aspirator, or MVA for short. But it has battened on foundation grants over …

1 September 2006 Vol. 8, No. 34 Dear Colleague There is an inexpensive, low-hassle alternative to electric machines for surgical abortion.  Unfortunately, manual vacuum aspirators (MVAs) are becoming more common but have never been examined by the FDA for safety. Whether you are here or abroad, please e-mail [email protected] with information about the safety or efficacy of MVAs. Steven W. Mosher President Abortion the Cheap and Easy Way When slightly knowledgeable people think of …

The Dangers of Manual Vacuum Aspiration

June 25, 2002 Volume 4/ Number 14 Dear Colleague: One of the most common methods of abortion in the developing world is Manual Vacuum Aspiration (MVA). Not only is this method of abortion immoral, it is extremely unsafe for women. Today, the international abortion movement seeks to expand the number of abortions performed worldwide under the guise MVA “care for miscarriage.” But, as medical evidence shows, MVA—even when used for legitimate miscarriage care—is so substandard …