China’s family planning police are widely hated and feared by the Chinese people. And who can blame them? For the past three and half decades, the family planning police have been the enforcement arm of China’s brutal one-child policy, carrying out the Communist Party’s mandate that couples have no more than one child, or no more than two if the first child was a girl. Couples who did not comply with the policy could face … 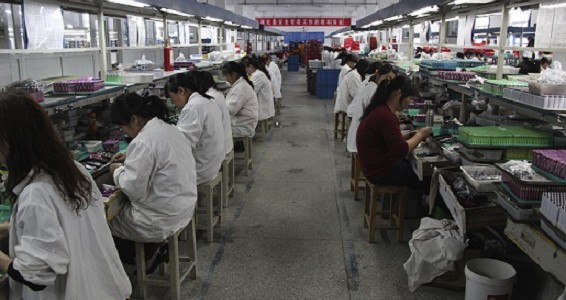 China’s “Black Children” Will come Out of the Shadows

For 25 long years Ah Fan has lived in the shadows. Conceived by her parents before they were of a legal age to marry and have children, government officials demanded that she be aborted. Instead, her mother went into hiding.

On the 35th Anniversary of China’s Brutal One-Child Policy

As Chinese President Xi Jinping arrives in Washington, his government continues the brutal one-child policy. Millions of women are forced to have abortions each year, while others, desperate for sons, end the lives of any little girls they conceive. The resulting shortage of brides has given rise to a slave trade in women. We are caring for a young woman, Ming, whose own mother was sold into sexual slavery not once, but twice, by a …

Is China’s One Child Policy Coming to an End?

Will the Chinese Communist Party loosen the stranglehold it has had on reproduction since the late seventies? There has been much speculation that the 13 th Five-Year Plan, to be released next month, will significantly relax the well-known One Child Policy. If the regime does back away from its draconian birth limits, it won’t be because senior Party officials have suddenly developed a conscience. Rather, it will be because they have finally realized that a …

Over 30 Years of Violating Human Rights

On September 25th, 1980, the Chinese government thrust population control upon every person under their sovereignty. Certain provinces in China had already started population control, and the tone for the upcoming decades had been set the year before by Chinese leader Deng Xiaoping who said, “Use whatever means you must to reduce the population, but do it!” And in September of 1980, the program known as the One Child Policy began to be enforced throughout …

China’s draconian one-child policy has claimed many victims—hundreds of millions of unborn children have lost their lives, tens of thousands of women have died from botched abortions and sterilizations, and tens of thousands more have committed suicide to end the pain of late-term, forced abortions—but Wang Guangrong’s story is particularly tragic. Wang, a 37-year old Chinese father of four, had long been persecuted by local government officials for daring to flout China’s restrictions against multiple …

It is hard for persons in democratic societies to grasp how China's party-state can control the fertility of China's millions. The effort starts with a barrage of anti-child propaganda in the schools and workplaces, and then moves to open intimidation in banners and slogans posted in public places. Here are some pictures of the kind of public threats the authorities make against those women who may be pregnant with "illegal" children. 该流不流扒握牵牛 Translation: "If it …

“Better to be a Criminal in China than a Pregnant Mother”

The Chinese Ministry of State Security must have been asleep on the job. The email that appeared in my Inbox read: “It is better to be a criminal in China than a pregnant mother.” Now, I knew that women who get pregnant outside the state plan are often browbeaten or bullied into abortions and sterilizations. But, as my mysterious correspondent noted, there are a whole range of other punishments for violators, who are treated worse than …