The Chinese government is apparently ready loosen to the stranglehold it has had on reproduction in that country since the late seventies—a little bit. Under the new policy, married Chinese couples will be allowed not one, but two children. “The regime is backing away from draconian birth limits,” says Steven Mosher, President of the Population Research Institute, “not because senior Party officials have suddenly developed a conscience. Rather, it will be because they have finally … 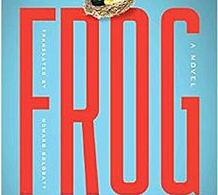 This article was originally published in the Washington Times on April 7, 2015. In outline, Mo Yan’s new novel, “Frog,” sounds subversive enough: A jilted Chinese midwife turns agent of the state. She is relentless in her pursuit of women who have conceived “illegal” second children. She is pitiless in coercing them one and all into terminations. But 30 years (and thousands of forced abortions) later Gugu — the midwife in question — has a …

June 3, 2005 Volume 7 / Number 21 Dear Colleague: Now that the myth of more abortions under President Bush has been completely debunked, how long before it dies? Steven W. Mosher President PRI Weekly Briefing  3 June 2005 Vol. 7 / No. 21 Hillary, John, and Howard’s Bogus Abortion Adventure Way back on Oct. 25, 2004, PRI debunked the false claim, coincidently made just before the elections, that the number of abortions was rising …